'There Are Other Shoes to Drop': Former US Attorney Preet Bhahara Warns Mueller Is Far From Done 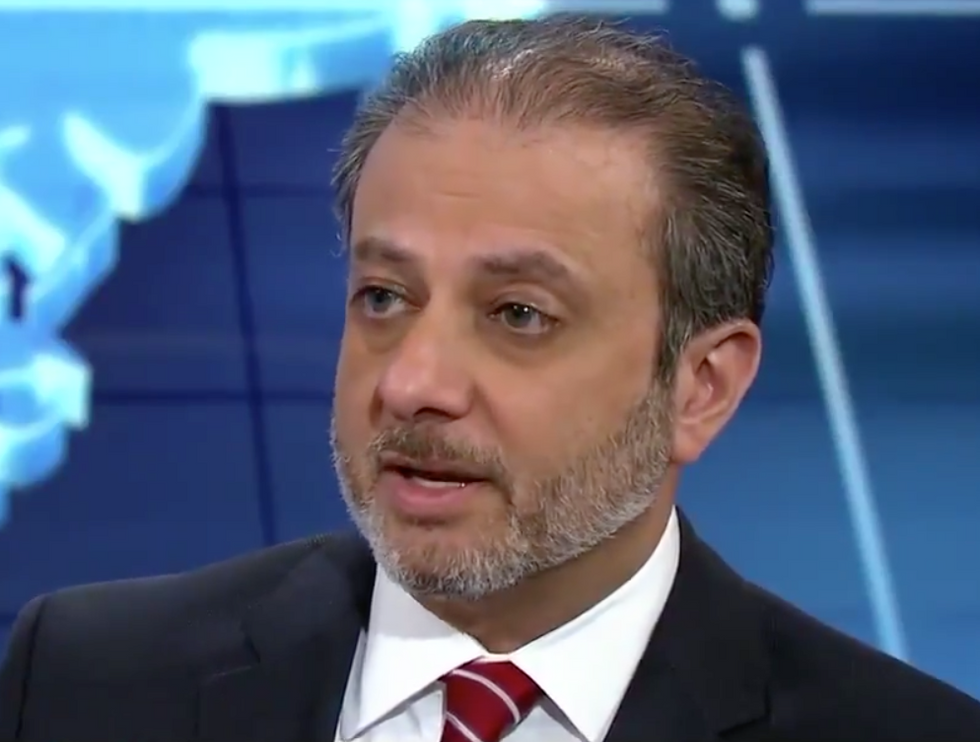 Special Counsel Robert Mueller has made relentless progress in the Russia investigation. He has secured guilty pleas from Michael Flynn, Rick Gates, George Papadopoulos, and Alex van der Zwaan; has indicted 25 Russian nationals accused of tampering with the U.S. presidential election; and has taken former Trump campaign chair Paul Manafort to trial on charges of money laundering and tax evasion that could send him to prison for the rest of his life.

But more could be coming, according to former U.S. Attorney Preet Bhahara, in a conversation with Anderson Cooper on CNN, during which they discussed the question of whether Trump will meet with Mueller and whether he should fear a "perjury trap."

"What I think is really going on here," said Bhahara, "is not that there's a 'perjury trap' that someone is trying to set that's somehow inappropriate, but that the lawyers for Donald Trump, knowing his penchant for lying generally, and specifically, and on a daily basis, are concerned that he will exaggerate, fudge the facts, say things that are not correct, because that's who he is, and that's dangerous for him."

Bhahara had previously served as a federal prosecutor in the Southern District of New York, until being fired by Trump in early 2017.

Asked by Cooper about a claim from attorney and legal academic Alan Dershowitz that Mueller's team might prejudge Trump's honesty based on slight differences from the testimony of ex-FBI Director James Comey, Bhahara disagreed.

Cooper then asked Bhahara to weigh in on claims made by Rudy Giuliani and multiple other Republicans that Mueller should "wrap up" his probe.

"I don't think it's going to end, at least overall it's not going to end," said Bhahara. "I mean, we still have one Manafort trial going on as we speak, another Manafort trial that is already scheduled to go after Labor Day in the District of Columbia, and I have a sense — you know, not based on any inside knowledge, but a sense — that there are other shoes to drop. That other people are going to be charged. And so long as the Mueller team is continuing to look at things, and continuing to investigate things that are appropriate ... there's no reason to have an artificial deadline."

Former US Attorney @PreetBharara on Mueller probe: “I have a sense… that there are other shoes to drop. That other people are going to be charged.” https://t.co/Q5bwnAkXsT pic.twitter.com/RihsWex2IE

On the other hand, Bhahara's warning that more prosecutions are likely still to come should be heeded by Trump and his supporters everywhere. The investigation is still unfolding — and how far it will go remains to be seen.