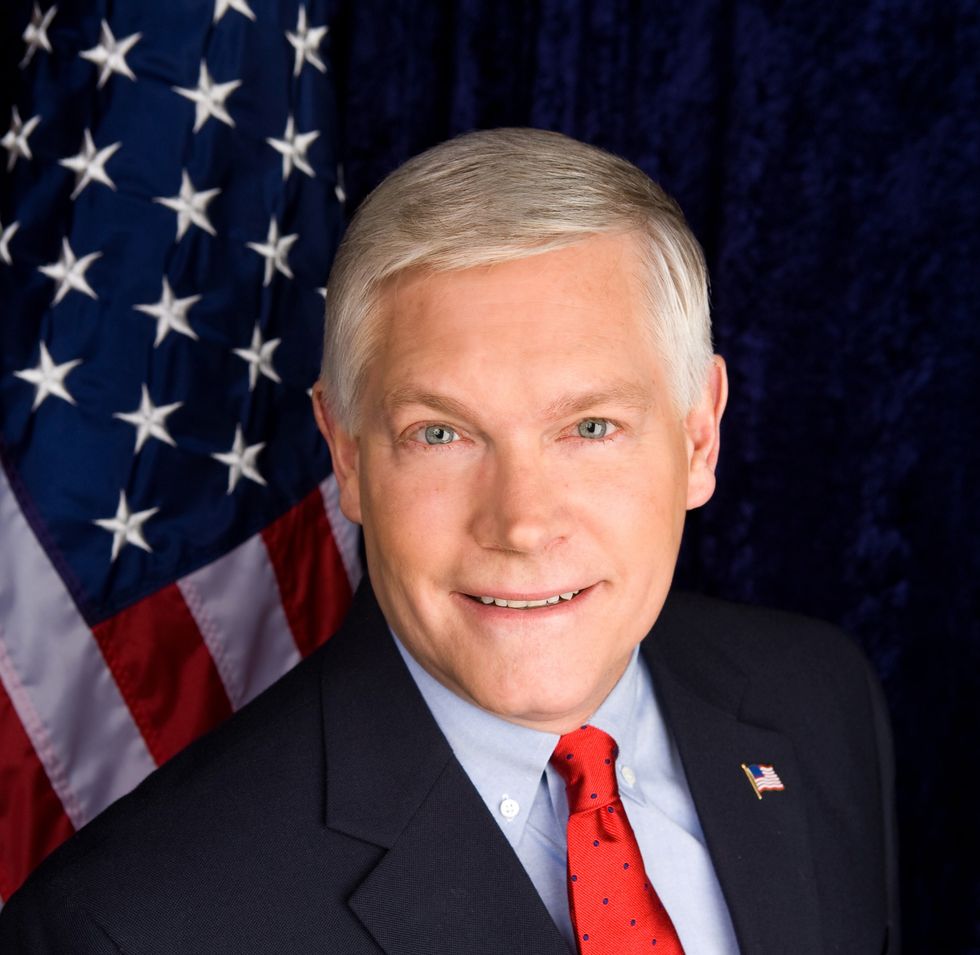 Texas GOP Congressman Pete Sessions was not supposed to be in any political trouble.

Last October, the powerful, 21-year Dallas representative and chair of the House Rules Committee had a blunt message for GOP dark money groups that were considering spending a dime to help him. "I begged the NRCC, even when I was chairman, 'Keep the hell away from Dallas, Texas,'" he told the Fort Worth Star-Telegram. "We need to go in somewhere else, it's up to me to win in Dallas, Texas. It's not up to some other group."

Fast forward to today: the Paul Ryan-aligned Congressional Leadership Fund (CLF) is reserving $2.7 million in TV airtime to support Sessions this fall, starting this September. And Sessions does not appear to be begging them to keep the hell away from Dallas this time.

One reason might be that, contrary to his confidence last year, he is now in real trouble.

To begin with, he is considerably to the right of his voters in Texas' 32nd Congressional District, who voted for Hillary Clinton in 2016. Sessions votes with Trump nearly 98 percent of the time and has plenty of right-wing baggage — he has used his power as Rules Committee chairman to block dozens of amendments to protect state laws allowing marijuana use. Last month, he also faced controversy after appearing to blame a murdered woman for her own shooting death because she was "unfair" to her husband. His record and message could fall flat in a district that is rapidly suburbanizing and growing more liberal.

Additionally, Democrats recruited a dream candidate in Colin Allred. A former linebacker for the Tennessee Titans, Allred left the NFL to pursue law and became a civil rights attorney, working for President Barack Obama's Department of Housing and Urban Development.

The upshot is that Sessions' seat is now rated a toss-up by the Cook Political Report. And as the CLF's ad buy makes clear, any bravado the GOP might have had about keeping this seat without outside spending or serious effort seems to have flown out the window.

Democrats' may have a glimmer of optimism ahead of midterm elections: Trump's dark cloud