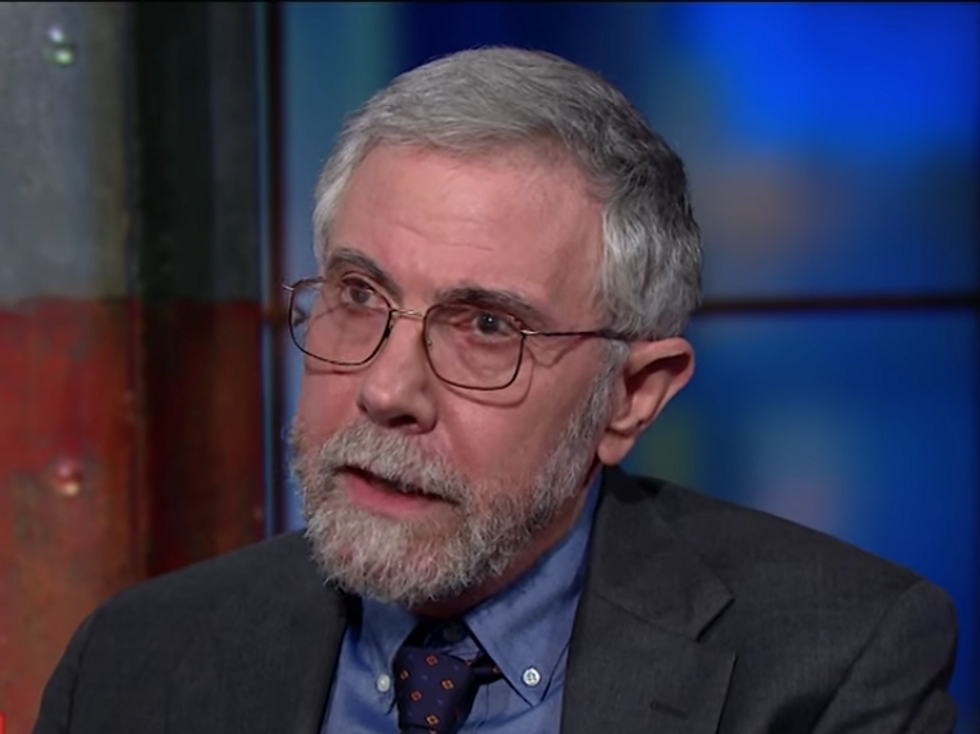 House Minority Leader Nancy Pelosi has once again become the GOP's primary target in an effort to terrify their base about a looming Democratic majority in Congress.

And in an op-ed in the New York Times Monday, economist Paul Krugman explained why Republicans are always so enthusiastic about demonizing Pelosi.

Despite all the attacks on her, Krugman argues that Pelosi is a historically successful speaker of the House. Under her leadership, Democrats blocked President George W. Bush's efforts to privatize Social Security; she was a key reason the Affordable Care Act, often called Obamacare, passed; she guided major financial reforms through the chamber; and she helped make the 2009 stimulus bill a reality, which staved off some of the worst effects of the Great Recession.

"It’s quite a record," Krugman wrote. "Oh, and whenever you hear Republicans claim that Pelosi is some kind of wild-eyed leftist, ask yourself, what’s so radical about protecting retirement income, expanding health care and reining in runaway bankers?"

On the other hand, he says, the last four Republican speakers have little to show for themselves. Current Speaker Paul Ryan's greatest achievement, the Trump tax cuts, is such an embarrassment that his party is barely mentioning it in their campaigns for the midterms.

And yet, despite her successes and the absence of any serious personal scandal, Pelosi remains deeply derided by many.

"Her policy stances are far less at odds with public opinion than, say, Ryan’s attempts to privatize Medicare and slash its funding. So what makes her 'divisive'?" he asked. "The fact that Republicans keep attacking her? That would happen to any Democrat."

He continued: "Or maybe it’s just the fact that she’s a woman — a woman who happens to have been far better at her job than any man in recent memory."

But the fact that they're running against her so stridently shows how weak their position is. It also suggests they are truly terrified of having an effective Democratic speaker regain control in the House.

Krugman acknowledges that there might be good reasons for choosing another speaker in the event that Democrats do win the House. And yet, he argues that "her achievements really have been remarkable. It’s a sad commentary on Republicans that they have nothing to run on except demonizing a politician whose track record makes them look pathetic."