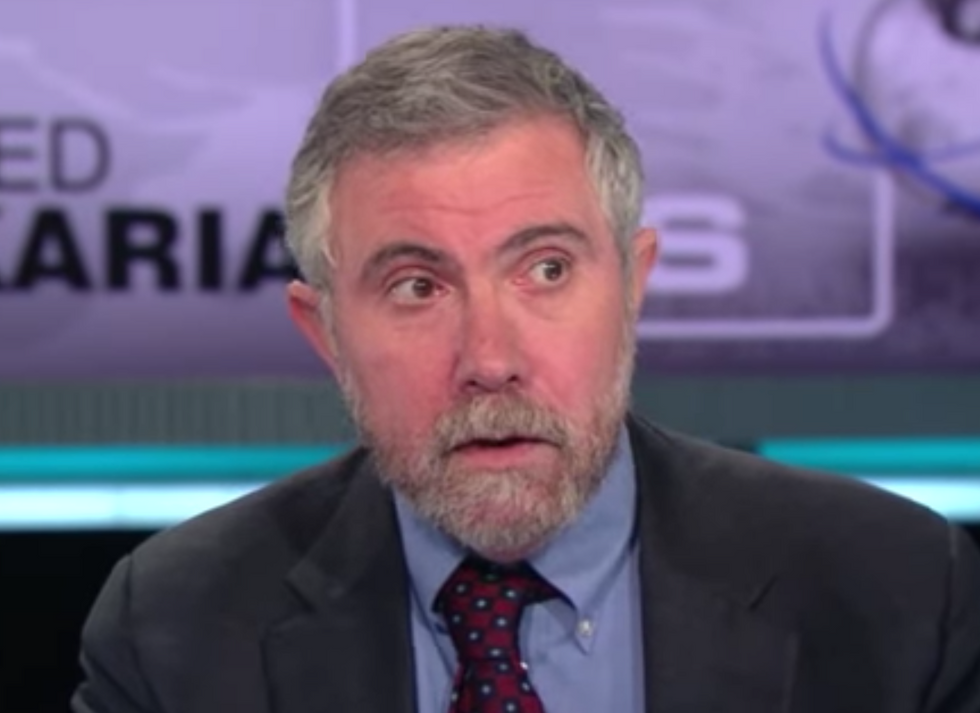 Democrats are expected to win a healthy majority of the ballots cast in the 2018 midterm elections, but because of the geographical distribution of seats up for election and Republican gerrymandering, it's far from guaranteed that they'll win control of either the House of Representatives or the Senate.

Paul Krugman, the economist and New York Times columnist, pointed out in a new piece Thursday that if Republicans retain power, their agenda will be devastating.

Perhaps most obviously, their continued majorities would mean that they would keep protecting Trump from investigation and scrutiny. There'd be almost no chance he would be impeached or removed, even if special counsel Robert Mueller found serious wrongdoing on Trump's part.

But they would also have an aggressive policy program to pursue, and none of it would be popular or pleasant.

First, they would almost certainly try their hand again at dismantling Obamacare — and this time, it might actually work.

"This would cause tens of millions of Americans to lose health insurance and would in particular hit those with pre-existing conditions," Krugman writes. "There’s a reason health care, not Trump, is the central theme of Democratic campaigns this year."

And it won't stop there. Despite Trump's promises that he would protect Medicare and Social Security, there are clear signs the GOP would work to enact major cuts in those programs as well.

Krugman explained that this fits the consistent pattern of Republican policy priorities.

"First, cut taxes. Then, bemoan the deficit created by those tax cuts and demand cuts in social spending. Lather, rinse, repeat," he wrote. "This strategy, known as 'starve the beast,' has been around since the 1970s, when Republican economists like Alan Greenspan and Milton Friedman began declaring that the role of tax cuts in worsening budget deficits was a feature, not a bug."

Of course, Democrats will yell and scream that Republicans are betraying their voters and that Trump is breaking his promises, but it won't matter. They'll have proven they can win even after voting for and acting on deeply unpopular policies and protecting corruption — so why wouldn't they stick with what works?