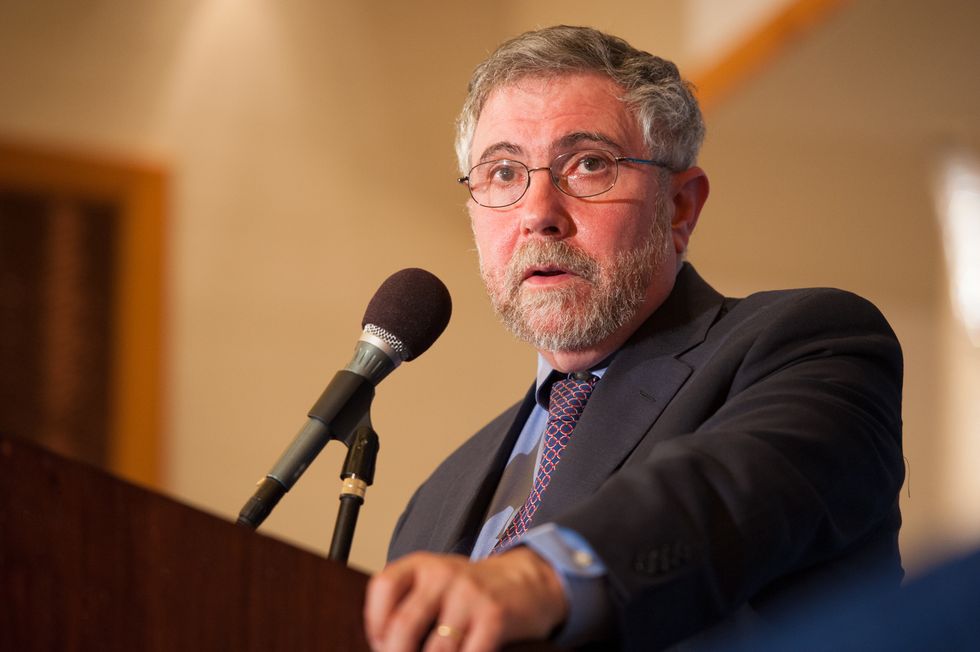 In a new column for the New York Times, economist Paul Krugman took aim at one of the prevailing and most influential articles of faith for Republicans and conservatives: that less government means more freedom.

Limitations on freedom, however, don't just come from the government, Krugman argued.

"In fact, the daily experience of tens of millions of Americans – especially but not only those who don’t make a lot of money – is one of constant dependence on the good will of employers and other more powerful economic players," he wrote.

It’s increasingly clear, for example, that monopsony power is depressing wages; but that’s not all it does. Concentration of hiring among a few firms, plus things like noncompete clauses and tacit collusion that reinforce their market power, don’t just reduce your wage if you’re hired. They also reduce or eliminate your options if you’re mistreated: quit because you have an abusive boss or have problems with company policy, and you may have real trouble getting a new job.

The solutions to these problems have often been derided by conservatives as government meddling, wasteful spending, or limitations on choice. But as Krugman argued, these policy levers are also incredibly powerful empowering workers, improving their lives, and giving them more options.

These policies include protecting unions, regulating hiring and firing, and social safety net programs. He notes that the safety net is not just protective, but "liberating" — you're a lot more likely to try a high wire act if you know there's something in place to catch you if you fall.

While a recent ranking by the conservative Cato Institute found New York to be the state with the least economic freedom and Florida to have the most, Krugman argued that this conclusion is just implausible on its face.

But seriously, do the real differences between New York and Florida make New Yorkers less free? New York is a highly unionized state – 25.3 percent of the work force – while only 6.6 percent of Florida workers are represented by unions. Does this make NY workers less free, or does it empower them in the face of corporate power?

It's not a particularly complicated argument, but conservative tropes about freedom are far too often repeated without criticism. It's a national embarrassment that one of the major political parties in the country subscribes to such easily refuted myths.