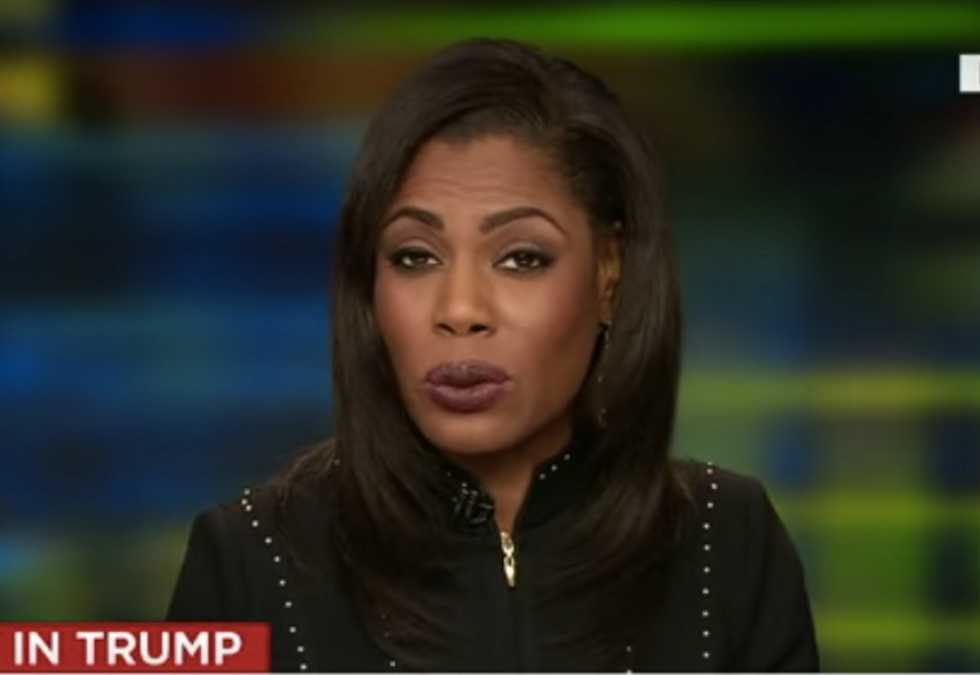 Omarosa Manigault Newman, President Donald Trump's former reality show competitor and White House staffer, has set off a political firestorm with allegations in her explosive tell-all book, "Unhinged," and her release of recordings of Trump and top White House officials. Trump has responded with characteristic classlessness and racism, calling her a "dog."

Now, she is threatening to release even more damning recordings and documentation if Trump goes after her again.

According to The Associated Press, Manigault Newman "has a stash of video, emails, text messages and other documentation" backing her allegations about Trump and her experiences in the White House, and she "has made clear that she plans to continue selectively releasing the pieces of evidence if President Donald Trump and his associates continue to attack her credibility and challenge the claims in her book."

Manigault Newman, one of the only African-American women to have held a role in the Trump administration, was fired in December by White House Chief of Staff John Kelly, allegedly for misusing the White House car service.

In recent days, she has begun leaking audio of her time there, including of Kelly firing her in the Situation Room — a sensitive, compartmented information facility which is supposed to be secure from recording equipment — and Trump expressing surprise that he had done so.

On Thursday, Manigault Newman released audio of the president's daughter-in-law Lara Trump offering her a $15,000-a-month job working for the Trump 2020 reelection campaign.