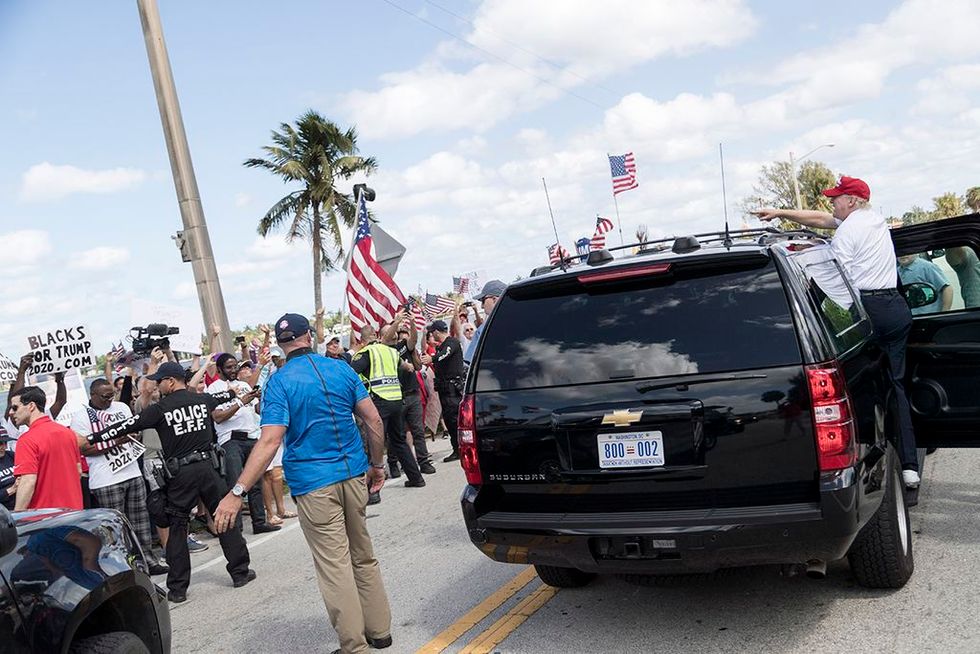 It would have been hard to imagine back in 2016 that things would look so bad for the White House less than two years into President Donald Trump's term. He faces multiple lawsuits, investigations, and potential criminal charges, dozens of his staff have resigned or been fired, two of his Cabinet officials have been forced out by scandal, his ex-campaign chair has been found guilty of eight counts of federal crimes and is on trial for more, and his legacy of policymaking itself is already marred with human rights abuses, neglect, incompetence, and corruption.

Nevertheless, he retains strong approval within his party, and his supporters show no sign of fleeing.

In a New York Times piece published Tuesday, columnist Thomas Friedman challenged this state of affairs with a thought experiment: What if Trump really did just outright shoot and kill someone in cold blood on Fifth Avenue — which he famously claimed he could get away with? How would the country respond?

Hours later, though, the president tweeted: “Actually, some people are saying that a man who looked a lot like Barack Obama did the shooting. I’m not saying that — but some people are. It also could have been somebody sitting on their bed that weighs 400 pounds who fired that shot. Like Rudy said: Truth is not truth — unless I say so.”

Jerry Falwell Jr., a top evangelical leader, announced that his movement would be holding a vigil this evening, praying that the president had not stressed himself too much by having to shoot a man on Fifth Avenue. Falwell added, “This would never have happened if Jeff Sessions were doing his job.”

It's a bit of a light-hearted exercise, but what's frightening about it is how close it comes to reality. Every tentacle of the vast apparatus supporting the Trump presidency goes to work defending his grip on power — regardless of the consequences.

Trump really has crossed countless lines that, before his presidency, would have been seen as obviously leading to impeachment. He helped cover up a secret campaign meeting to discuss a Russian influence operation targeting American citizens ahead of the election. He blatantly sucked up to an authoritarian leader and threw the U.S. intelligence service under the bus on foreign soil. And his own former lawyer has now implicated him directly in criminal activity designed to illegally conceal multiple affairs in the days before his election.

His administration has also needlessly torn apart families, neglected Puerto Rico as thousands were dying, and ramped up military aid to Saudi Arabia as it carries out atrocities in Yemen.

Is it really so hard to believe he could get away with shooting someone on Fifth Avenue? How long would it take before Alan Dershowitz appeared on Fox News to promote the dubious talking point that a sitting president can't be indicted?

This is the most troubling aspect of Friedman's column. It reveals the sharp distinction in the political realities that the country inhabits. Fox News, Republican leadership, and other right-wing voices have convinced their constituencies that Trump can do no wrong. It's hard to imagine that even the most blatant evidence to the contrary could pierce this bubble.