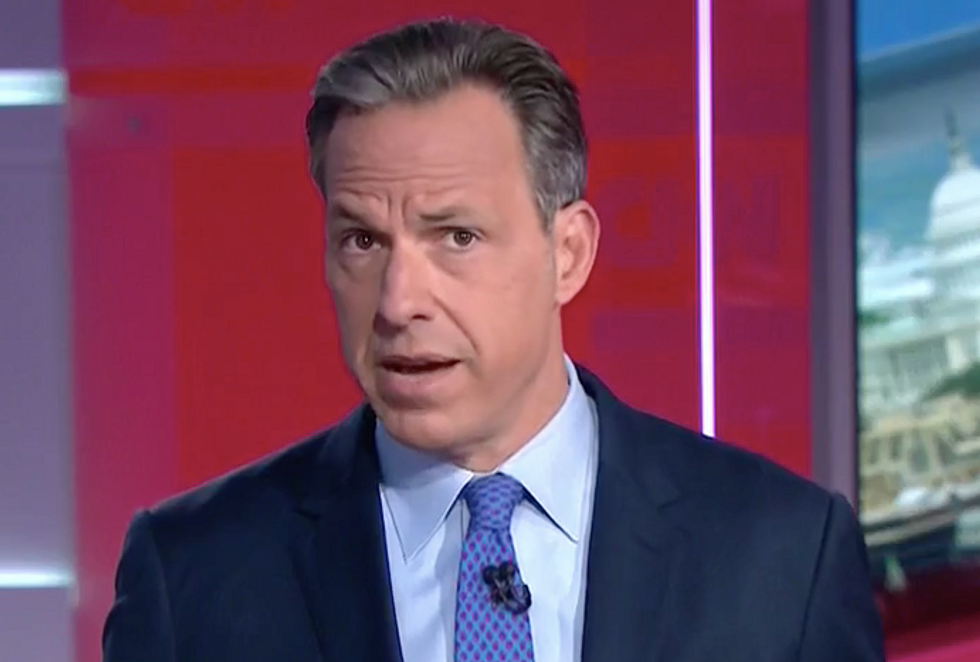 "For months if not years, the president offered a view of what can be called a different reality," Tapper began. "You'll recall he and the inner circle denied any contact with Russians. They said that contact fine and perfectly legal. Whether you call it Orwellian or the upside down, this is a place where facts are not fact."

"He said, 'truth isn't truth,' which would be more shocking if this had been the first time we heard something like it," Tapper said.

The CNN host then blasted Trump for his rate of lies.

"Statements like this pop out when all the president's men and all the president's women try to explain and justify why President Trump is not tethered to facts. The same president who, according to the Washington Post, averages more than seven false or misleading claims every day."