'Not Based in Much Fact': Chuck Todd Shuts Down Christian Broadcaster Over 'Biased' Media Claims 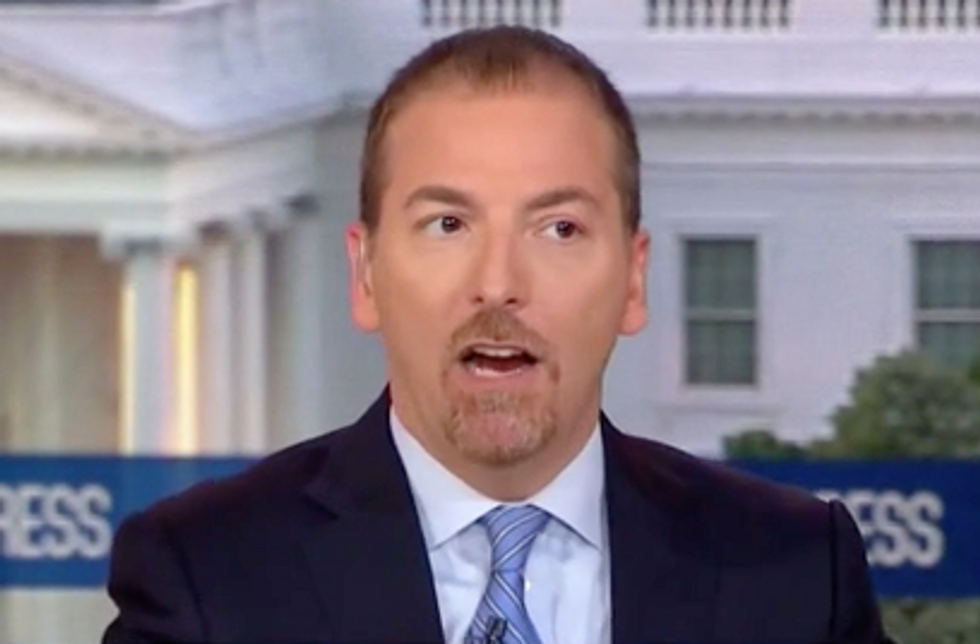 NBC host Chuck Todd blamed Fox News and Roger Ailes for the state of distrust around American media and dinged a Christian broadcaster appearing on "Meet the Press" on Sunday.

“One of the best things going in Donald Trump’s favor — we know this — is the mainstream media,” Christian Broadcasting Network reporter David Brody said. “I hate to say it. I know I’m sitting on a Meet the Press roundtable, but the truth of the matter is 62 percent think the media is biased.”

“The conservative echo chamber created that environment,” Todd interjected. “It has been a tactic and a tool of the Roger Ailes-created echo chamber.”

“So, let’s not pretend it’s not anything other than that,” Todd continued.

“I’m just saying it was a campaign creation, a campaign tactic,” Todd countered. “It’s not based in much fact.”