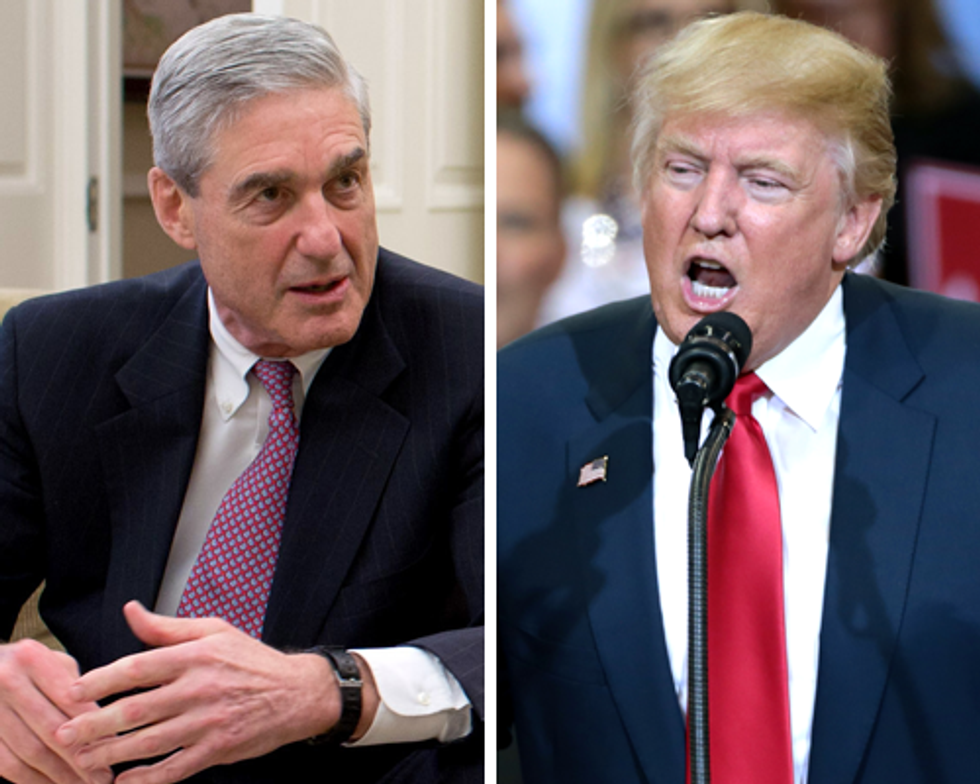 An ongoing complaint Republicans have about Special Counsel Robert Mueller's Russia investigation is that it is supposedly taking too long and he should "wrap it up."

To be clear, Mueller's investigation has not lasted nearly as long as other special investigations of this size and scope. But even insofar as the investigation could be expedited, writes former White House Counsel Norm Eisen in USA TODAY, President Donald Trump could take one simple step to do so: agree to an interview with Mueller.

"The president and his advisers have taken no apparent steps toward cooperation, instead purveying a smorgasbord of aggressive legal arguments with a heavy emphasis on a claim that "executive privilege" justifies a blanket refusal to testify. But despite the public bluster, calling Mueller on his subpoena bluff is a tenuous legal strategy, as we explain in a new report. The president would trigger a court battle that would likely delay but not ultimately prevent the special counsel from obtaining his testimony."

Trump's legal team has gone back and forth on whether they are open to letting Mueller interview him. Rudy Giuliani is currently demanding that in order for them to do it, Mueller must agree to submit some questions in writing and limit the subject matter of his discussion — a ridiculous demand that one former federal prosecutor has argued is little more than a bluff.

And as Eisen points out, if Trump tries to get out of an interview by claiming executive privilege, Supreme Court precedent is not on his side — Mueller will subpoena the information, and though it will be a more drawn-out and contentious process, he will likely end up with the information he wants.

It is, in short, up to Trump how long the Mueller probe puts him in legal jeopardy. And if the GOP wants the matter to be laid to rest, they should urge him to sit down for an interview and tell him everything.