No, Trump Voters: Your Wages Aren’t Going Up - Unless You Were Already Making More than $1 Million a Year 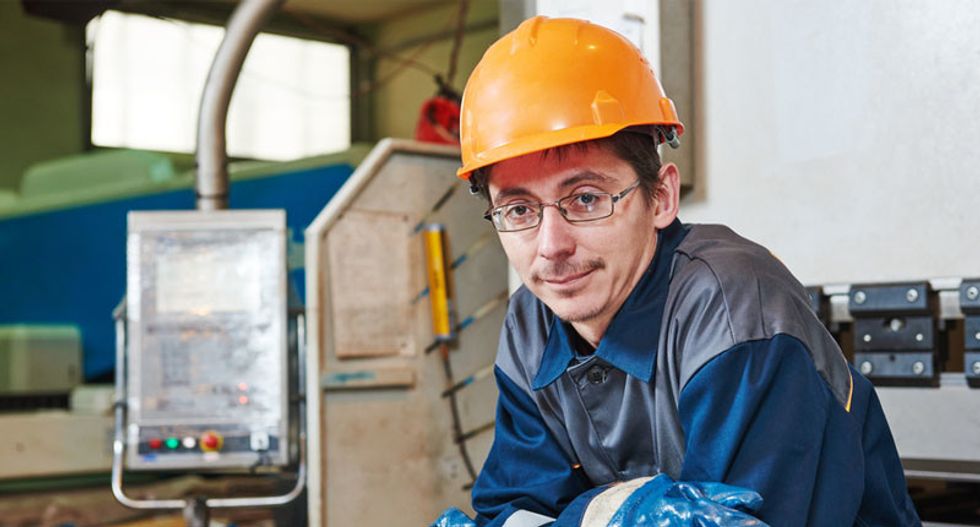 We’ve got some disappointing news for all those people who voted for Donald Trump because he promised rising wages.

Consider a worker paid the median wage, half make more and half less, of $600 a week in round numbers. If she got the average 2.8% raise on July 1, her gross pay rose by a bit under $17.

This article is the first in a series in which David Cay Johnston will examine the real effects of Trumponomics. Future articles will look at taxes and trade.

Now consider inflation since her last raise a year earlier. Inflation ran 2.9%, according to the Bureau of Labor Statistics.

That means our model worker is actually making less in real wages. Its only 60-cents less each week, not that she’d notice, but less is less and most definitely is not more no matter how often Trump says otherwise.

Back in January, during his State of the Union address, Trump declared that “after years of wage stagnation, we are finally seeing rising wages.”  Trump and the White House have repeated that claim over and over ever since.

Indeed, I reported two years ago that the government’s best wage data showed that, after considering inflation, the median wage was lower in 2012 than in 2000. For the bottom half of workers, pay increases are rare.

As Obama’s second term began, however, the median wage began to not just outpace inflation, but to grow at a rapidly accelerating pace.

In 2013 the median wage increased by only a little, about $2 a week above inflation. The next year the increase tripled. In 2015 it more than tripled again. Together three years of increasing wages raised median pay by $30 a week.

No matter how you slice it, less is less.

More is more, in that case, a lot more—and it was all on Obama’s watch. In contrast, 20 months into Trump’s watch, real wages are down slightly. No matter how you slice it, less is less, not the more that Trump promised.

For the past 38 years, most wage hikes have gone to workers making more than this, especially workers at the top.

Think of a money pie filled with all the wages and salaries earned by everyone from janitors to CEOs. The slice of pay pie going to high-end workers more than tripled over those two decades, as the table accompanying this column shows.

Consider workers make more than $1 million a year in 1995 and, with an adjustment for inflation, two decades later.

There were six times as many highly paid workers in 2015 as in 1995. And thanks to rising wages, their combined pay grew even more, as the table here shows.

When the data for 2018  becomes available you can be sure it will show that most wage growth benefitted higher paid workers, not those toiling at the median wage of about $600 a week.

For the millions of people who believed Trump the master con artist when he insisted that he alone could save them, that he would bring about higher real wages, here’s the question:

Who are you going to believe? Trump or your paycheck?