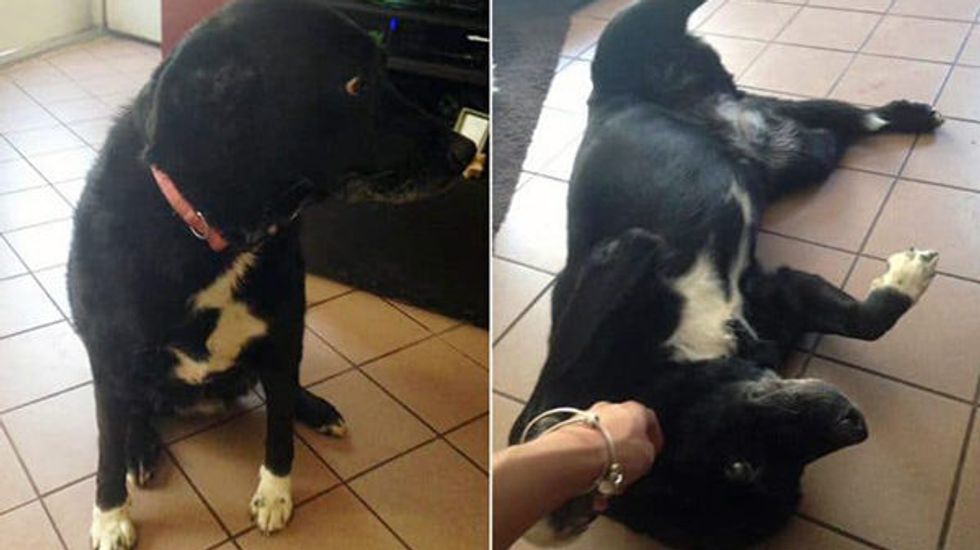 New York’s state animal protection laws don’t do enough to punish those who commit serious crimes against animals. A dog named Bella went without justice because of it. A proposed law nicknamed in her memory could help change that.

On the afternoon of December 23, 2016, Bella was beaten by the person who was supposed to protect her. Bella’s caregiver, 56-year-old Michael Gallagher, tied a zip tie around the 11-year-old dog’s neck. Then he stuffed her in a garbage bag and hit her, over and over, with a shovel.

Bella’s cries were so loud and anguished that Gallagher’s neighbors in Levittown, Long Island, came out to beg him to stop hurting his dog, and called the police. Gallagher fled. By the time Gallagher’s wife got home, and was able to bring Bella to a veterinarian, she was too badly injured to be saved. She was euthanized.

Gallagher was picked up by police later that day, and charged with one felony count of animal cruelty, and three misdemeanors. Bella’s abuser received only four months in county jail.

New Yorkers were stunned and horrified that Gallagher received such a short sentence for such a violent and serious crime. In response, and to prevent such injustice from occurring again, New York State Senator Andrew Lanza introduced Senate Bill 8724, nicknamed “Bella’s Bill.” New York Assemblymember Linda Rosenthal introduced the companion bill, A 11070, in the Assembly shortly thereafter. Though the bills did not pass during the 2018 session, support is ramping up for reintroduction in 2019.

Bella’s Bill would do two important things: First, it would increase penalties for those convicted of intentional abuse. Second, it would bring New York in line with the vast majority of other states, by transferring animal cruelty laws into the Penal Code, out of the Agriculture & Markets Law. This may sound like a small and technical difference on first blush, but it’s a significant change that helps ensure crimes against animals are treated as “real” crimes by law enforcement, offering a much stronger deterrent for animal abuse.

Every year, the Animal Legal Defense Fund puts out a list comparing the strength and comprehensiveness of each state’s animal protection laws, and ranking states from best to worst. New York has consistently been toward the bottom of this list. Last year, New York ranked 42nd out of 50.

Because of the slap on the wrist Bella’s abuser received, animal-loving New Yorkers became acutely aware of how out of date and inadequate the state’s animal protection laws are. There is the opportunity to change that now.

Bella’s Bill comes too late to assure justice for its namesake, or her killer. But for the millions of other cats, dogs, and other companion animals in New York, change can’t come soon enough.

This article was produced by Earth | Food | Life, a project of the Independent Media Institute.
Report typos and corrections to: feedback@alternet.org.