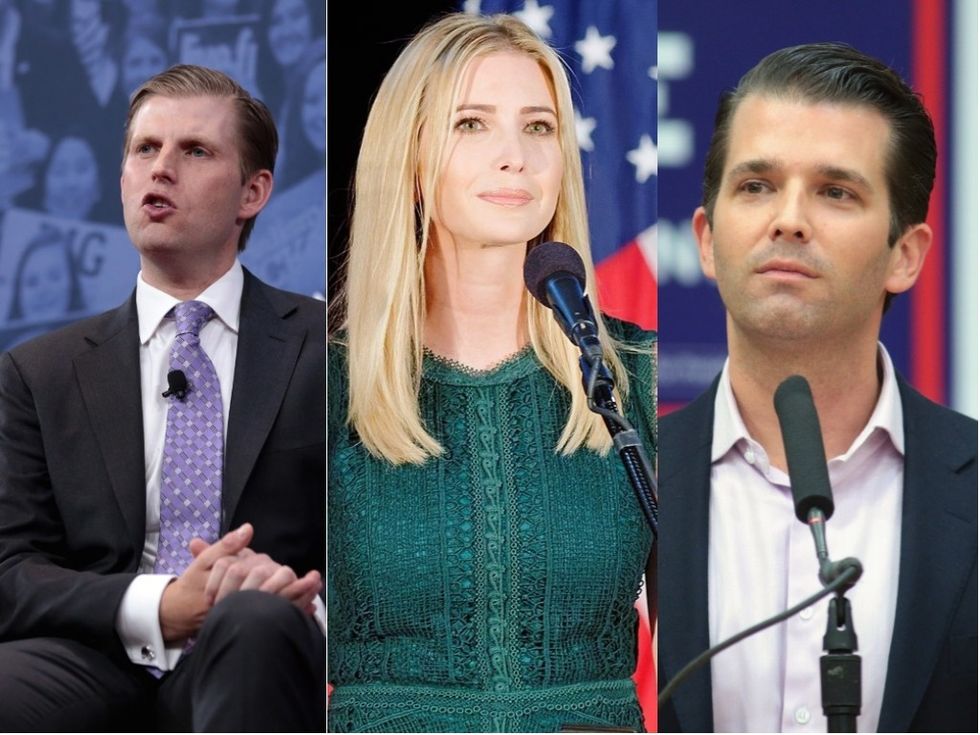 As President Donald Trump's legal exposure for serious crimes has been on display this week, MSNBC's Rachel Maddow took the time to point out Wednesday that he's not the only member of his family that faces legal risk.

The foundation, of which all younger Trumps are board members, is already the subject of a massive civil lawsuit from New York Attorney General Barbara Underwood. But as Maddow explained Wednesday, that case could spawn further criminal suits.

"[Underwood] forwards all this evidence that she gathered to the IRS for them to investigate as a potential criminal tax matter," Maddow explained. "She forwards it to the Federal Election Commission, for them to investigate as a potential set of criminal campaign finance violations. She CC's it to the Public Integrity Division at the U.S. Justice Department. And within New York state, the state tax department starts investigating that evidence as well — as laid out by Barbara Underwood to see if, in addition to the civil lawsuit, there should be a state criminal referral against the Trump Foundation, and President Trump personally, and each of his three eldest children personally."