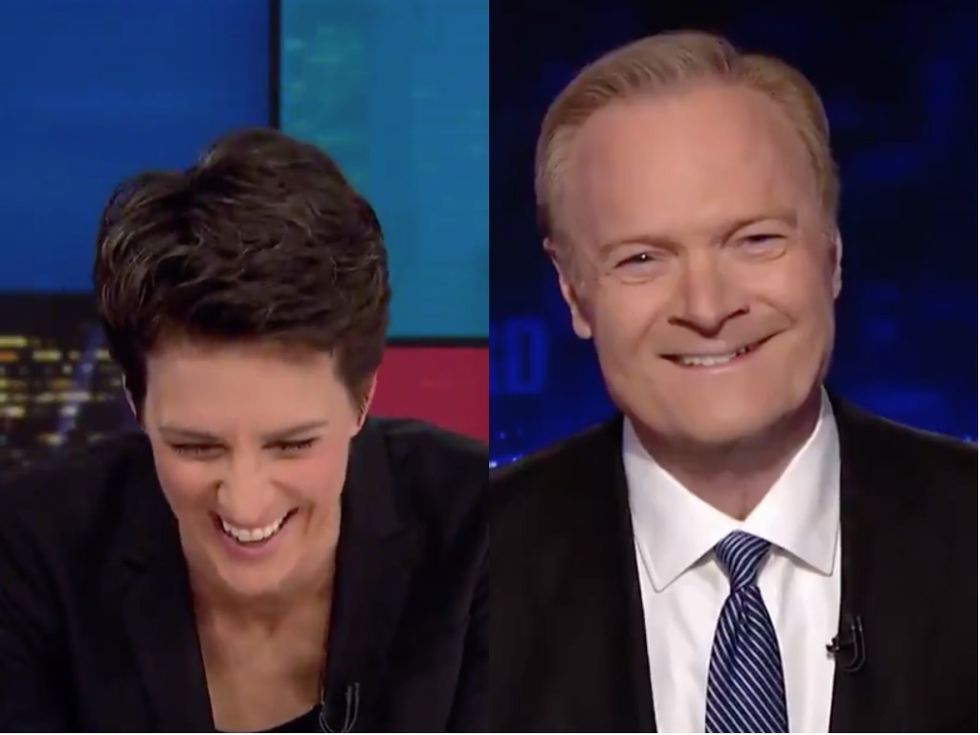 In the fall of 2017, multiple reports said that President Donald Trump's lawyers were assuring him that the Russia investigation that was hounding his presidency would be over by that Thanksgiving. When it didn't end, they said it would end by Christmas. If not Christmas, perhaps just after the end of the year.

As we now know, the special counsel Robert Mueller has plowed ahead in the Russia investigation and show no signs of slowing. But considering the extent to which Trump appears to have been misled by his lawyers, MSNBC host Lawrence O'Donnell observed Thursday night that it appears the president's own employees treat him like a child.

"They all knew that these things do not ever end in the kind of timetables they were talking about," O'Donnell speculated to Rachel Maddow. "But they knew if they ever told the president a realistic estimate of how long it might go, that he might just fire everybody in sight and get himself impeached on a much faster schedule."

"But, like Chicken Litte, right?" said Maddow. "How many times can you do it before he starts to know that you're doing it?"

"It is like a parenting exercise in a cross-country drive," said O'Donnell. "You have left New York City, headed for San Francisco, and you're somewhere in eastern Pennsylvania. And the three-year-old is saying: 'Are we there yet?' And you're just constantly saying: 'We're almost there. We're almost there.'"

Maddow laughed. "Even a three-year-old eventually figures it out."

"Three-year-olds figure it out!" said O'Donnell. "We're not sure about the client the president's lawyers have..."