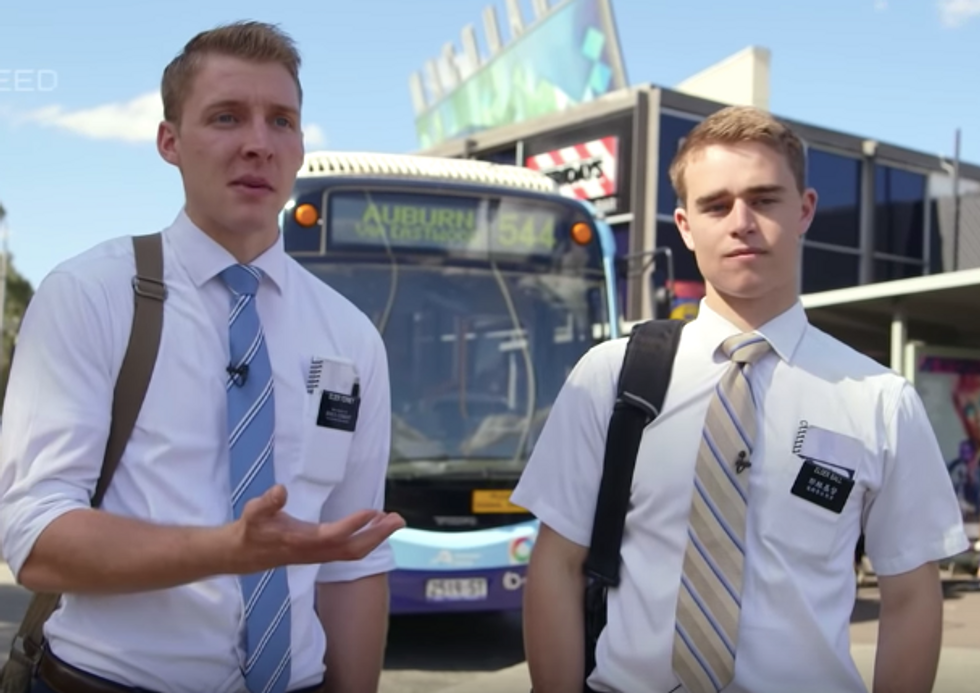 A group of Utah Mormons is attempting to exercise what they perceive is their religious freedom to silence the voice of voters and control the democratic process. They are crusading to force removal of a Utah ballot measure legalizing medical marijuana to prevent voters from exercising their right to vote; because Mormons apparently don’t like weed for wellness. It is the second time the Mormons, led by a Mormon attorney and pharmaceutical company owner, have went to court to keep the measure off the ballot in November.

The Mormon attorney financing the religious crusade, Walter Plumb III, is a friend and former legal partner with United States Senator and fellow Mormon Orin Hatch. It seems reasonable to question whether as owner of a pharmaceutical company peddling “nutritional supplements and products,” Plumb is attempting to block any possible competition from cannabis. Unlike many supplements, cannabis is a well-documented treatment option for a variety of conditions.

After dropping the initial lawsuit, the Mormons followed the tactics of the evangelical extremist cult and U.S. Conference of Catholic Bishops (USCCB) claiming that if the Utah residents are allowed to participate in the democratic process and vote to legalize medical marijuana, it will “violate the religious freedom of members of The Church of Jesus Christ of Latter-day Saints.”

According to Plumb and the forces behind the anti-medical marijuana group’s crusade;

“If the ballot measure succeeds, Mormon landlords would be forced to rent to medical marijuana cardholders and people who use cannabis violating Mormon code.”

Although the “official” Mormon Church has refrained from openly opposing the ballot measure, it told the Salt Lake Tribune that it has “grave concerns;” it is really grave opposition.

Plumb’s group is citing a “technical” Supreme Court decision, Masterpiece Cakeshop v. Colorado Civil Rights Commission, because it allowed a bigot to use his religious objection as grounds to refuse making a wedding cake for a same-sex couple. However, that particular case was “decided on a technicality;” specifically that “the Colorado Civil Rights Commission was unfairly biased against Phillips.” As most sane people and the Court acknowledged, “the ruling did not directly give people a license to discriminate against LGBTQ people based on their religious belief.”

As bad as refusing to provide a service based on objections borne of religion is, and it is vile, the idea of using religious freedom to prevent an entire state’s voters from exercising their right to weigh in on a legal ballot measure is beyond the pale; but it should have been expected. This monstrous idea of using religious freedom as a cudgel against non-compliance in America’s lurch toward theocracy has grown to the point that maybe now the people will comprehend that no American is safe.

Here’s the thing most normal people comprehend: if Utah residents suffering various maladies are legally allowed to use cannabis for relief, it will have no impact whatsoever on Mormons or their Constitutional freedom to exercise what they call religion. They can still wear magic underwear, prepare for an afterlife on their own personal planet, violate the Christian bible with an addendum created by Joe Smith, ride bicycles two-by-two and annoy innocent strangers, and follow the teaching of an honest-to-dog charlatan reading from a magic hat.

This issue is not about whether cannabis has myriad and valid medical applications, the data is overwhelming that it does. It is also not an issue of whether the people should be allowed to vote on a legal ballot initiative, Utah law says they do. The issue is also not whether Mormon landlords are violating the Mormon Code by renting to people who obtain a medicinal marijuana card or actually use the weed for its documented medicinal purposes. It is about another religious extremist claiming his religious freedom is being violated by allowing voters to exercise their right to vote on a ballot measure. No matter how one distills it, the issue is a religious group’s attack on the democratic process.

It may appear that this piece is heavily biased against Mormons; that is not the case any more than being inordinately biased against Catholics or evangelical extremists imposing their religious dictates, and forced compliance, under the guise of religious freedom. Every person in America has religious freedom, but there is only one faith and its various subsidiaries citing their religious freedom to control the rest of the population. It is a major escalation that this time the Mormon subsidiary is attempting to control a state election and it should terrify Americans that the “faithful” feel so religiously emboldened – but it won’t and it is why they continue unabated.