'This Was a Conspiracy': Congressman Scorches Trump's Pathetic Defense of His Son's Meeting with Russians 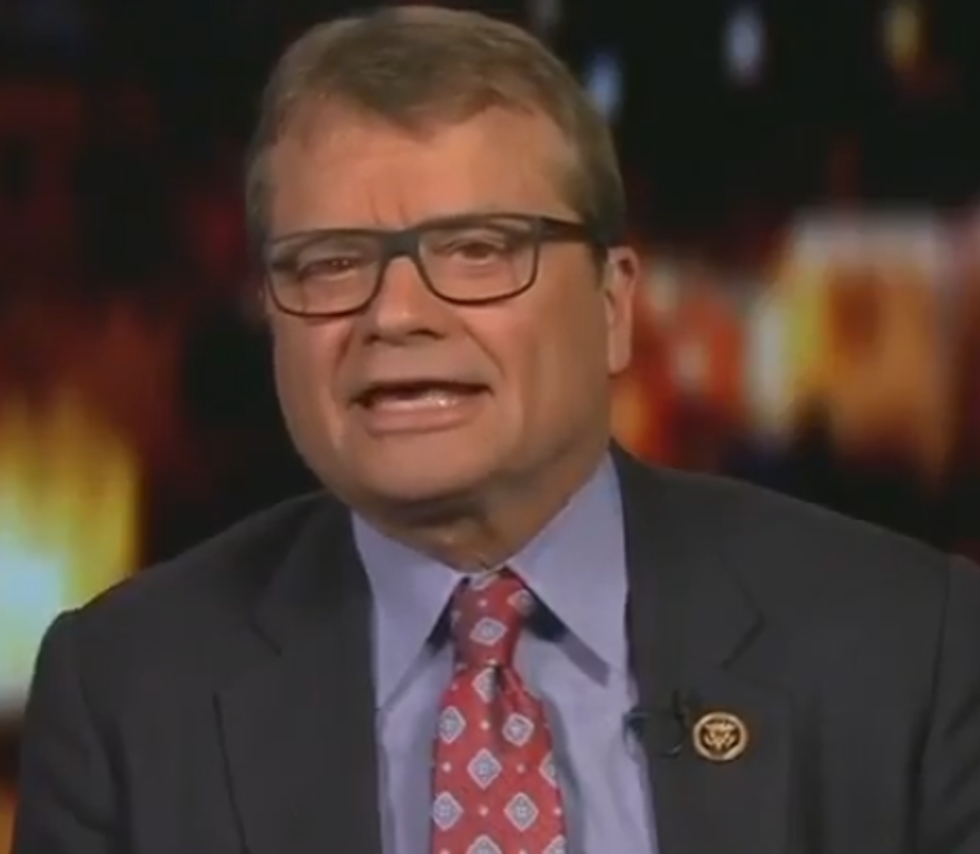 As the investigation presses ever-deeper into Trump's potential ties to Russians involved in corrupting the U.S. presidential election, he cannot stop changing his story. And nothing better demonstrates this than his complete about-face on the purpose of his eldest son's 2016 meeting at Trump Tower with a lawyer linked to the Russian government.

Trump's latest assertion on Twitter that the purpose of the meeting between Donald Trump Jr. and Natalia Vasalnitskaya was to "get information on an opponent" but that it was "totally legal" and "done all the time" has provoked forceful condemnations, including from Rep. Mike Quigley (D-IL), who appeared on CNN's OutFront with Erin Burnett to discuss the matter.

"If it was me, as the president's son, I'd be calling my dad and said, 'Dad, don't do me many any more favors,'" said Quigley. "Obviously, I think this was extraordinarily damning to the president and son. As if they didn't need any more damage at this point in time. I think the president is under the belief that if he said something is legal, then it must be legal. Obviously, this is not."

Continued Quigley, "He also ignores the fact that this event took place with the Russians, and Trump Jr. said, 'This is what we want, I love it,' indicates that they were, this was a conspiracy to work with the Russians to attack the Democratic process. The fact that they were disappointed by this, and the fact that — let's just split the timeline with it. Two months before, George Papadopoulos was told by the Russians that they have information, troves of emails on Hillary Clinton. The message from Trump Jr. is, 'If you have it, we want it." Just days after the Trump Tower meeting, WikiLeaks announces that it has that information, and has those emails on Hillary Clinton.

"The President has done nothing but help us prove the fact that this was a conspiracy," he said.

Trump initially claimed that the Trump Tower meeting was about nothing more than "adoptions" — which is a frequent euphemism in U.S./Russian affairs for repeal of the Magnitsky Act. However, he has contradicted this claim, also saying that the meeting was "opposition research." His newest tweet is the closest he has come to admitting the meeting's purpose was to seek dirt on Clinton from the Russians.

Moreover, contrary to Trump's assertion, there are extremely strict federal laws prohibiting foreign nationals from getting materially involved in U.S. elections. This is not a routine thing politicians do to get information on their opponents. The self-contradictory and legally questionable nature of Trump's claims prompted his own advisers to beg him to stop tweeting about the incident.

Quigley puts his thumb squarely on the problem: Trump's latest assertions make the whole affair look like a conspiracy. And Trump and his son need to come clean about what really happened.