GOP Congresswoman Humiliated for Pretending to Have Local Newspapers' Endorsement 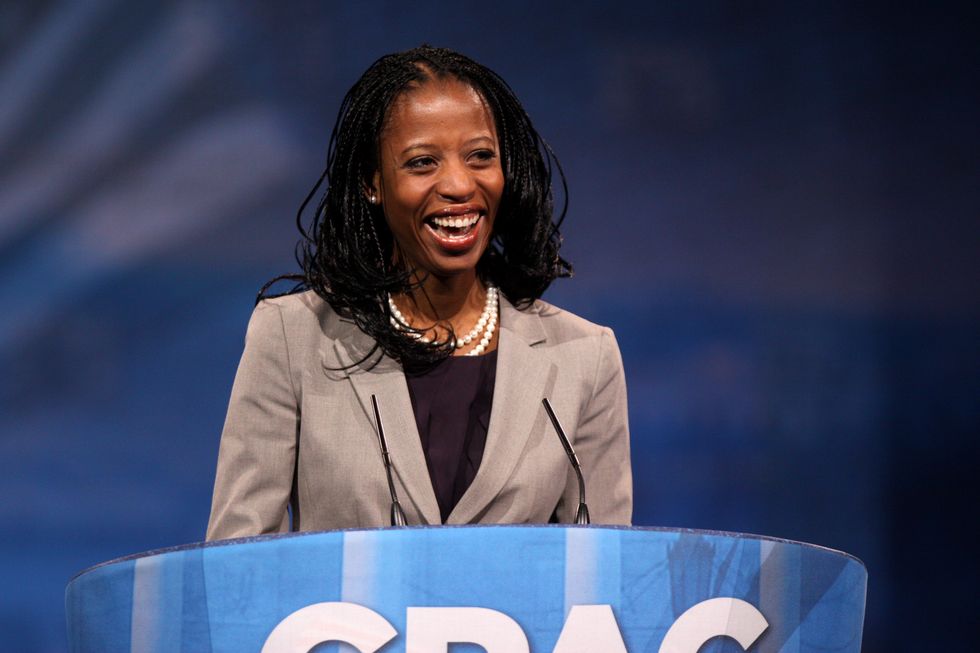 As the incumbent in one of Utah's only competitive elections, GOP Rep. Mia Love clearly wants a boost to her credibility. But her latest attempts to tout her brand have backfired spectacularly.

In the past week, Love sent out two government-paid mailers which included laudatory quotes about her from the Salt Lake Tribune and the Deseret News, displayed clearly to imply an editorial endorsement.

But in reality, neither paper had endorsed her. The Deseret News quote was from an outside author rather than the editorial board, and the Salt Lake Tribune quote was from an op-ed published in the paper that she had written herself.

According to The Hill, officials at the papers were not pleased:

The representation "seriously misleads readers into believing that The Tribune as an institution supports Love’s environmental positions,” Tribune editor Jennifer Napier-Pearce said in a letter to Love’s office. “At best it lacks transparency; at worst, it’s deliberately deceptive."

“The mailer misrepresents a statement of a guest opinion writer as an official position of the Deseret News,” Deseret News editor Doug Wilks and its opinion editor, Boyd Matheson, wrote last week. Wilks and Matheson noted that another mailer sent out later that week properly attributed the statement.

Love's spokesman, Richard Piatt, insisted that “there is nothing improper about the mailer,” and called the whole story "a bullying tactic to benefit her political opponent and distract from Rep. Love’s work in Congress."

Love, the sole African-American woman in the GOP House caucus, was first elected to Utah's 4th Congressional District in 2014, and votes with Trump 95 percent of the time. She faces a strong Democratic challenger in Salt Lake County mayor Ben McAdams, who is running on a platform of environmental protection and strengthening the Affordable Care Act.

Love is not the only Republican to be caught passing off her own endorsement of herself as someone else. In March, Arizona congresswoman and Senate candidate Martha McSally was exposed posting fake compliments to herself on her own Facebook page after accidentally posting one of those compliments from her own campaign account.