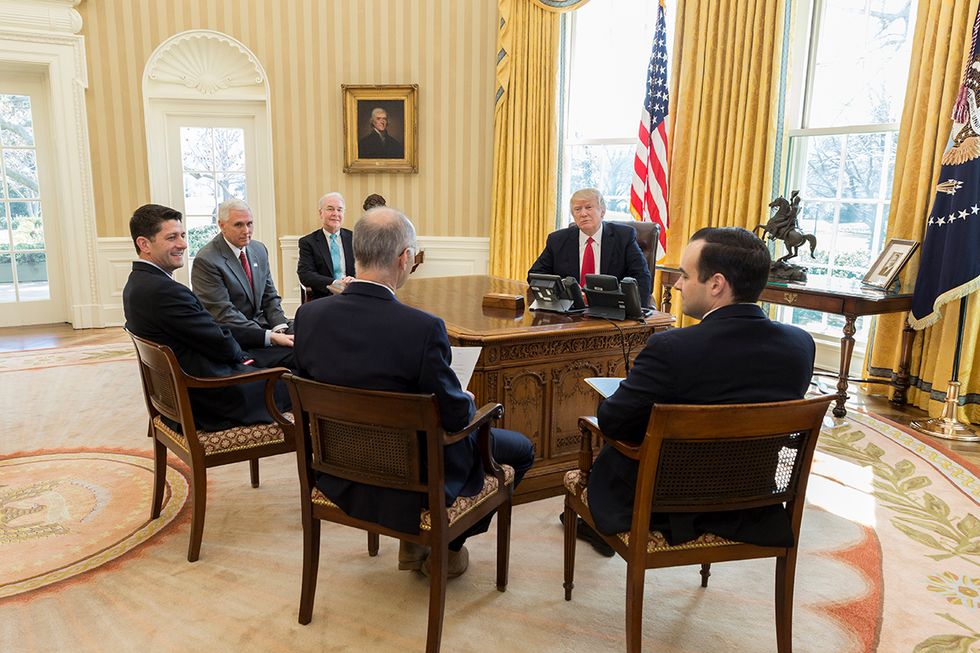 As the question of whether President Donald Trump has been recorded using the n-word has arisen again in the discussion around Omarosa Manigault Newman's new book, conservative writer Jennifer Rubin argued in the Washington Post that the tape — if it does exist — wouldn't really tell us more than we already know.

"Whether he said the n-word on a tape hardly matters," she wrote in a new post. "His constant, reflexive racist rhetoric is public knowledge at this point."

For example, on Tuesday morning, Trump called Manigault Newman a "dog" on Twitter.

"He calls an African American woman a 'dog.' Take that in," Rubin wrote.

She notes, however, that his defenders will insist that he's called other people, including white men, "dogs." So they will inevitably exclaim that it can't be proof that he's racist. This, of course, ignores all the other racist thing Trump has said.

But even still, this "defense" is a pretty damning indictment of the president, as Rubin argues:

If the best his defenders can do is to claim that these latest comments about Omarosa are merely insulting and unpresidential — but not more proof of his racism and sexism — then let them make their case. We’re now just debating what specific attributes make Trump unfit to hold office. As long as we all know he’s mentally, morally and temperamentally unfit and should be shown the door as soon as possible, we can ignore Omarosa, which would — come to think of it — be a good idea in any event. And by the way, if you think women buy these excuses, take a look at the gender gap. Women know exactly what Trump means.

Those lines just happen to be much farther out than many of the president's critics ever expected.