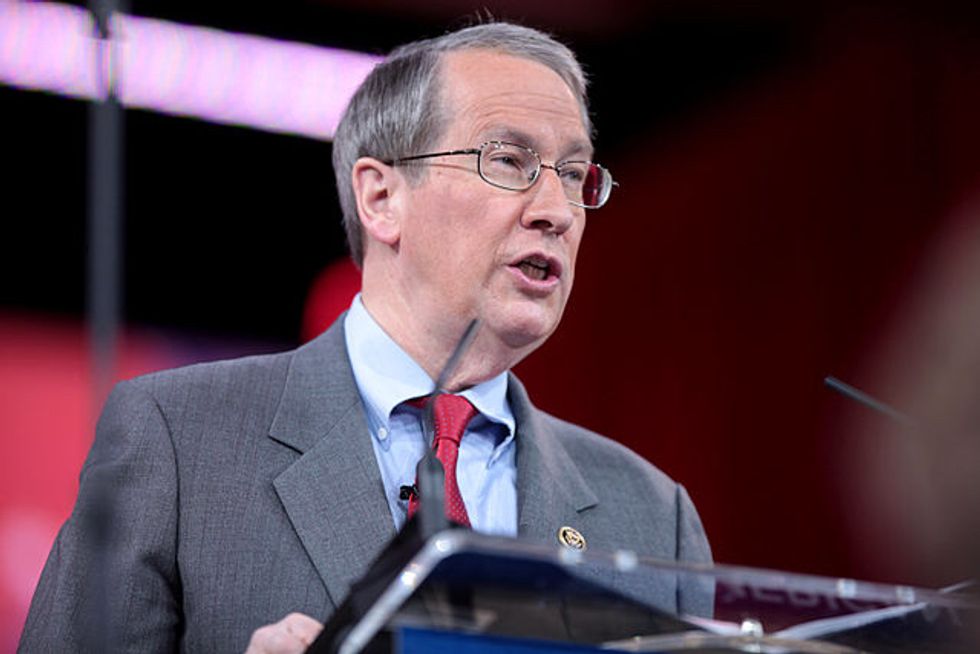 Mark Harris, a former Baptist minister running for North Carolina's 9th Congressional District, has faced intense scrutiny for a serious of misogynistic sermons he gave in recent years. But he has refused to back down or apologize for any of it.

In fact, in conversation with the Baptist Press, Harris complained that none of the sermons "really have any bearing on electing a candidate for the U.S. House of Representatives," and that his political foes are just trying to create a distraction.

One of Harris' 2013 sermons at the First Baptist Church of Charlotte, unearthed by American Bridge in July, questioned whether women who work outside the home or who value being "independent" are following "God's plan for Biblical womanhood." Another, detailed by Roll Call, stated that "the Lord ordained" wifely submission to husbands. Harris insists this does not mean he considers women unequal, because "[Jesus] didn't consider it wrong to submit himself to the Father." Over 40 women in faith leadership positions around the state have issued a joint statement condemning the sermons.

Harris, who defeated incumbent Rep. Robert Pittenger in his own primary to win the nomination and will face Democratic Marine vet and green tech investor Dan McCready this fall, was heavily involved in right-wing politics even before he ran for Congress. He was a driving force behind the passage of North Carolina's anti-trans HB2 "bathroom bill," which prompted widespread outrage and backlash against the state Republican Party then-Gov. Pat McCrory.

Contrary to Harris' claim, it is entirely relevant how federal lawmakers view women. Just about every public policy decision affects women, and many policy debates — from family leave, to abortion rights, to coverage for birth control and maternity care, to the reauthorization of the Violence Against Women Act, to the efforts to reform the congressional sexual harassment policy that let lawmakers broker secret settlements with taxpayer money — have a profound and disproportional impact on the welfare of women.

To claim that it doesn't matter how a man running for an office with tremendous power over these issues views women's role in society, just because GDP growth is strong and women have low unemployment, is insulting and infantilizing.