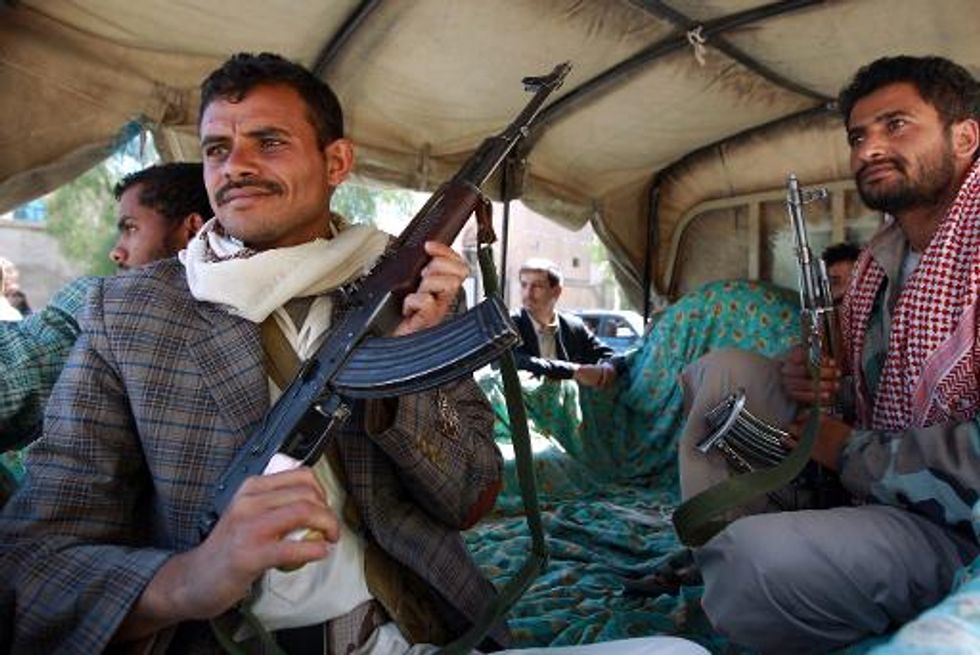 Less than a day after Republicans in the United States Senate rejected a chance this week "to slam on the brakes and stop [America's] role in enabling the suffering in Yemen," at least 26 more children were slaughtered by a U.S.-backed Saudi-led bombing in the western part of the country.

Condemning the bombing near the Red Sea port of Al Hudaydah that occurred Thursday, but was not widely reported until Friday, the United Nation's humanitarian chief, Mark Lowcock, and head of the UN Children's Fund (UNICEF), Henrietta Fore, said the attack—in which four women, in addition to the children, were killed—took place as the victims tried to flee the area.

"This is the second time in two weeks that an airstrike by the Saudi-led Coalition has resulted in dozens of civilian casualties," said Lowcock, who noted that "an additional air strike in Al Durayhimi on Thursday resulted in the death of four children."

As the New York Times reports:

Criticism of Saudi Arabia and its partners has been growing over thousands of civilian casualties, many of them caused by munitions fired from the coalition’s warplanes.

Humanitarian groups and antiwar activists have also aimed criticism at the United States, a main provider of the Saudi coalition’s weapons, intelligence, warplane refueling and guidance technology for missiles and bombs.

Just two weeks ago, as Common Dreams reported, another Saudi airstrike in the city of Saada—which investigators later showed was carried out using U.S.-manufactured bombs—killed at least 40 children riding in a school bus as they enjoyed a rare field trip. In reaction to that massacre, an outraged Sen. Chris Murphy (D-Conn.) declared, in all capital letters, "We just bombed a SCHOOL BUS."

"I had hoped that the outrage that followed the Saada attack in Yemen two weeks ago would be a turning point in the conflict. Yesterday's reported attacks in Al-Durayhimi, killing 26 children, indicate that it was not," said Fore of UNICEF on Friday.

"These deaths are on our hands, and many more children will die in Yemen as long as the U.S. supports the Saudi-led war," declared the Friends Committee on National Legislation, the anti-war Quaker advocacy group, in a tweet.

It was the August 9th slaughter of the school children on the bus in Saada that drove Sen. Murphy on Wednesday of this week to push for a vote on his amendment that would have "cut off United States' support for the Saudi Arabia-led coalition's war in Yemen until the Secretary of Defense certified that the coalition's air campaign is not violating international law and U.S. policy related to the protection of civilians." But Republicans, led by Sen. Richard Shelby of Alabama, objected to the measure and would not allow a vote.

As the peace advocacy group Win Without War put it: "Shame on those Senators who let our involvement in this war continue. History will not be kind to you."