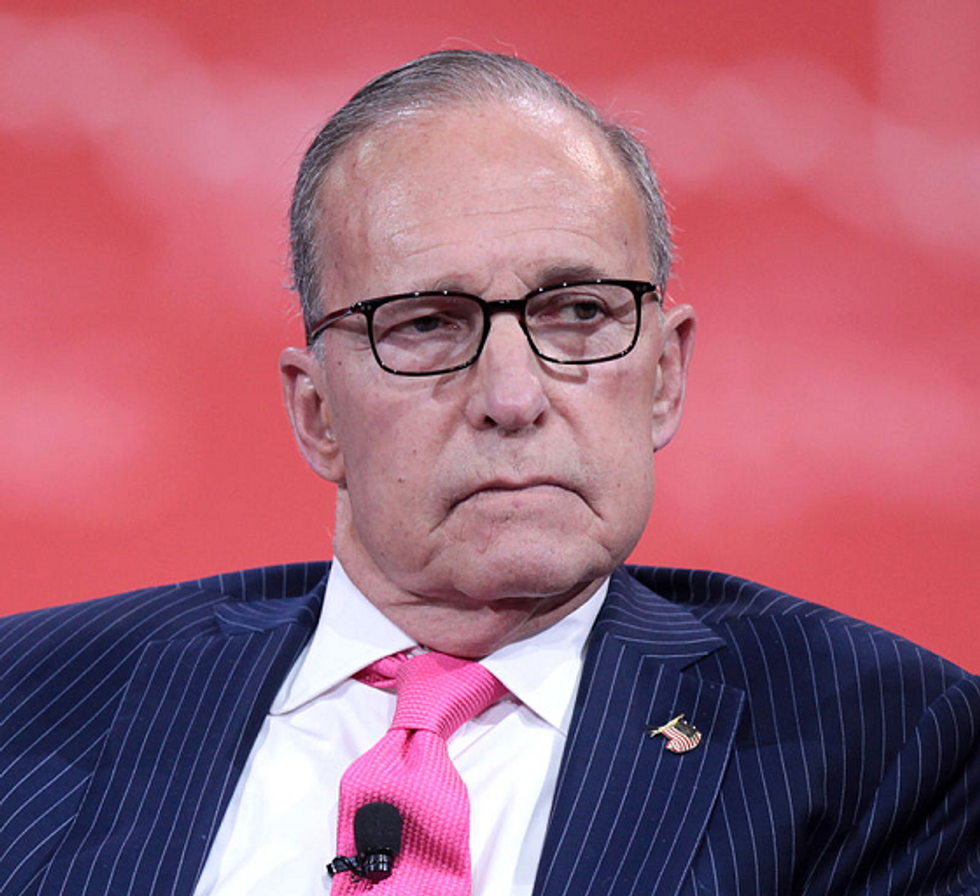 According to a Washington Post report on Tuesday evening, President Donald Trump's top economic adviser Larry Kudlow invited a man notorious for publishing the work of white nationalists into his home for his birthday celebration.

Kudlow told the Post that he has known the publisher Peter Brimelow since "forever," and that they first became acquainted while they were both working as financial journalists. He further says that Brimelow's extreme views were "a side of Peter that I don't know, and I totally, utterly disagree with that point of view and have my whole life."

But Brimelow's extensive involvement in overtly racist causes is well documented, as the Post pointed out:

Brimelow, 70, was once a well-connected figure in mainstream conservative circles, writing for Dow Jones and National Review. But over the past two decades, he has become a zealous promoter of white-identity politics on Vdare.com, the anti-immigration website that he founded in 1999.

While Brimelow has long personally rejected the label of "white nationalist," he acknowledged to the Harvard Crimson in 2016 that his website does "certainly publish a few writers I would regard as 'white nationalist' in that they stand up for whites just as Zionists, black nationalists do for Jews, blacks, etc."

In fact, VDare is a lot more than simply "anti-immigration." It has published articles claiming that "Jewish activity" is a "highly successful group competitive strategy directed against neighboring peoples and host societies," and that "America was defined — almost explicitly, sometimes very explicitly — as a white nation, for white people." Brimelow himself told a 2017 conference of white supremacists that Trump was right to call Mexicans rapists because "Hispanics do specialize in rape, particularly of children. They're very prone to it, compared to other groups."

Kudlow is not even the only Trump official with ties to Brimelow. Earlier this month, White House speechwriter Darren Beattie was terminated after the media began looking into his 2016 appearance with Brimelow on a panel at the 2016 H.L. Mencken Club conference.