Kushner Real Estate Magnates Made Life 'Unbearable' for Rent-Controlled Tenants to Drive Them Out: Lawsuit 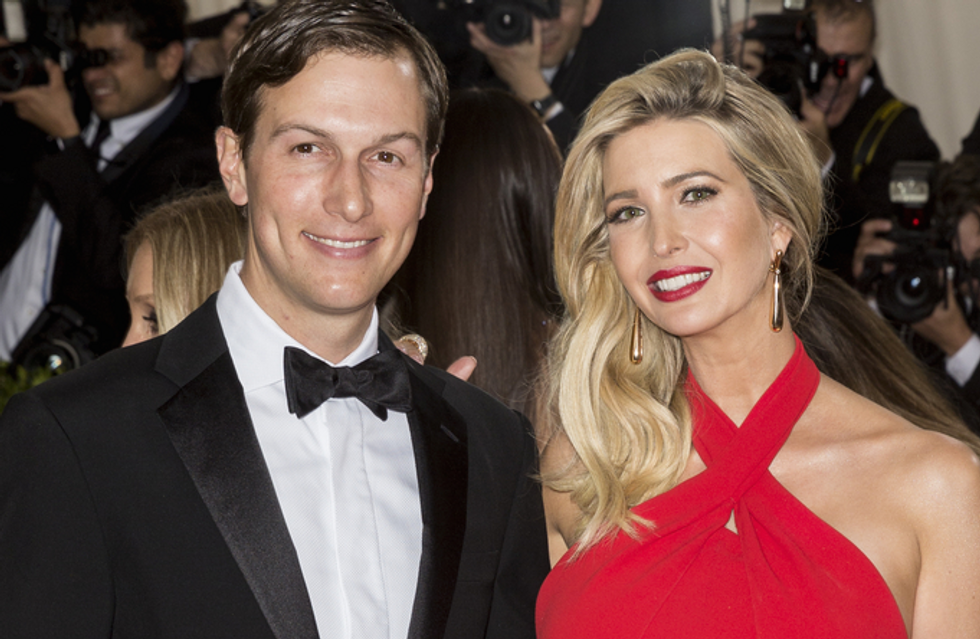 An apartment building run by Kushner Companies saw an unusually large exodus of tenants who lived in rent-controlled units -- and now they are claiming that their landlords made their lives "unbearable" in a deliberate effort to drive them out.

The New York Times reports that the apartment building, located at 184 Kent Street in Brooklyn, had 316 rent-controlled units when Kushner Companies purchased it in 2015. Just three years later, that number has dwindled down to just 71 -- a massive decrease given that people who live in rent-controlled units are usually loathe to give them up.

A group of 20 current and former tenants have now filed a lawsuit against Kushner Companies for allegedly trying to drive out residents in order to remake the building into a luxury condo complex.

"Their apartments were made nearly uninhabitable during two years of renovations, when an army of workers trooped through the seven-story building on the Brooklyn waterfront," the lawsuit alleges, according to the New York Times. "The tenants say the sound of drilling reverberated through the hallways. A fine layer of dust covered their furniture and clothing at the end of each day."

Erin Simmons, an attorney who bought an apartment at 184 Kent Street last year, tells the Times that she's sympathetic to the tenants' lawsuit, even though she isn't part of the group that's suing the Kushners.

"The noise and dust during demolition were unbearable," she explains. "I was forced to buy industrial air filtration units and began to rely on daily doses of Visine and allergy medications to address my aggravated dust allergy."

Plaintiff Jens Mebes, meanwhile, tells the Times that the renovations in the building resulted in "cabinets were literally shaking on the walls" -- and she said that "there was just no care for the tenants who still lived in the building."

The Kushners denied that they were trying to drive out tenants and said they took every precaution to protect tenants' quality of life during the renovations.