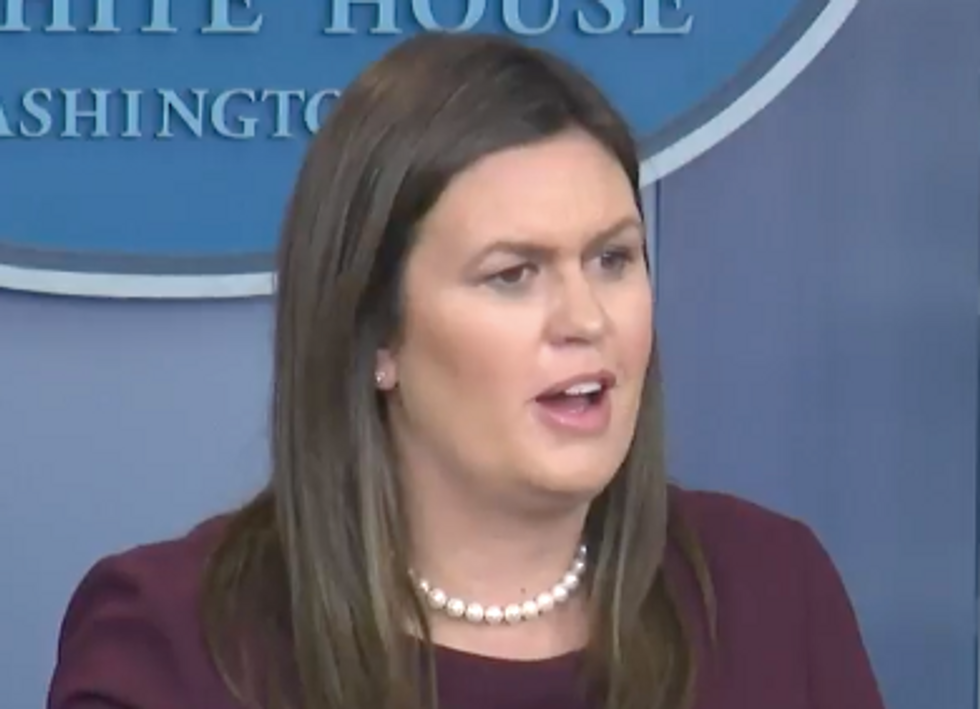 White House press secretary Sarah Sanders gave a remarkable performance on Tuesday where she defended President Donald Trump against accusations of racism without issuing a clear denial that he used the n-word.

"Can you stand at the podium and guarantee that the American people will never hear Donald Trump utter the n-word on a recording in any context," MSNBC's chief White House correspondent Kristin Welker asked.

"I can't guarantee, uh, anything, but I can tell you that the president addressed the question directly," she responded before promising she'd "never heard it."

"This is a president who is fighting for all Americans," she said, singling out African-American job growth.

"Just to be clear, you can't guarantee it?" Welker tried again.

The White House press pool kept the barrage rolling by quoting Omarosa's comment about Trump being unfit for office and soliciting a response from Sanders.

Sanders said Omarosa "disappointed" her but did little to combat any of her claims with evidence. She was then asked about arbitration action from the White House against Omarosa, to which Sanders refused to comment.

Watch the briefing below: