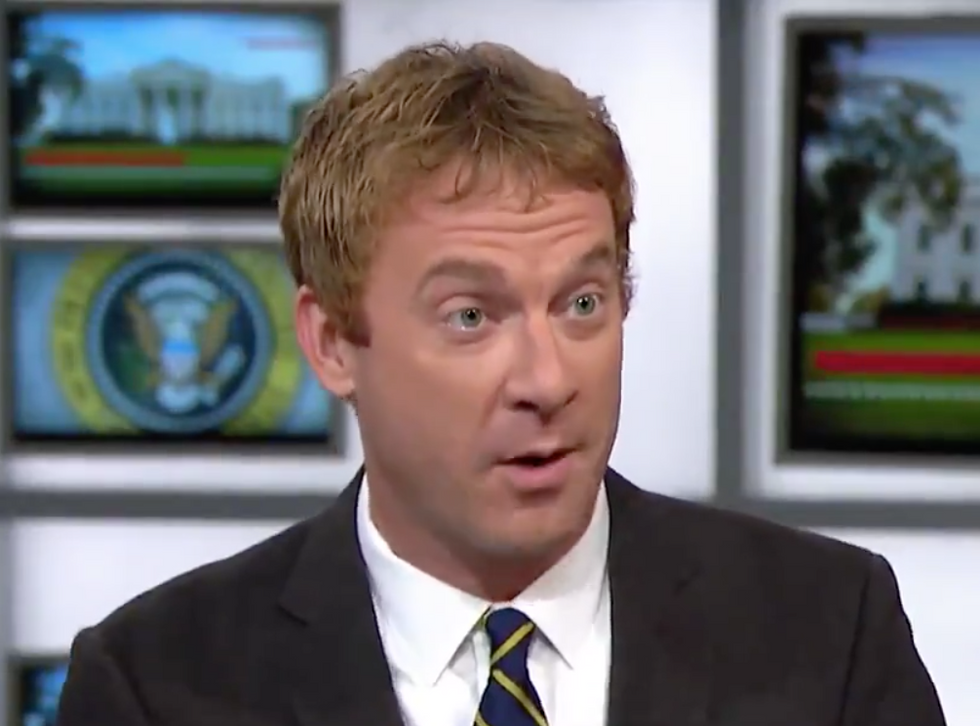 He said, among other things, that the president of CNN should be fired by AT&T, that Lester Holt "fudged" a tape of an interview with him, that former FBI Director James Comey said he is not under investigation, that Jared and Ivanka's involvement in pushing out White House Counsel Don McGahn is a lie from the "Fake News Media," that the firing had nothing to do with the "Rigged Russia Witch Hunt," and that he made the decision not to fire Attorney General Jeff Sessions and Special Counsel Robert Mueller all by himself.

The tirade was a hot mess even by Trump's usual standard and led commentators to suspect Trump is unusually frightened or frustrated, leading to an exchange between MSNBC journalists Katy Tur and Jonathan Lemire on "Deadline: White House."

"Jonathan, I'm curious," said Tur. "The president has gone on this ten-tweet tirade today. It seems like he's worried about something, the legal cloud is definitely darkening, it's closing in. What's happening right now?"

"Well, according to the aides we've talked to and people who are close to the president, it is a succession of things," replied Lemire. "Let's remember, it's not been very long since he had that 1-2-3-4 punch of Manafort, Cohen, Weisselberg, Pecker," he continued, referring to the conviction of Trump's former campaign manager, the guilty plea of Trump's former personal attorney, and immunity deals granted by prosecutors to the CFO of the Trump Organization's CFO and the CEO of the National Enquirer.

"There's other stuff on the horizon," Lemire continued. "You hinted about a book. Bob Woodward's book is coming soon, next couple of weeks.

"What kind of access has he had?" Tur asked.

"They've been cagey about what they've revealed, but I've talked to a lot of people around the president, and who work in the White House," said Lemire. "Certainly, the Comey and Lester Holt pieces of his tweetstorm this morning, those both would seemingly connect to the obstruction of justice part of this. So it's possible that in conversations with his lawyers, that is something that the president is particularly concerned about. It is all at once."

"And let's remember," he added, "Donald Trump isn't doing that much. There's no policy he's rolling out, there's no agenda he's trying to push. Right now, he is campaigning for the midterms, and he is in the White House, in this cycle of feedback with cable television. And we know how he sees things on TV, he reacts to them, TV then reacts to him, and it goes on and on and on. And we saw some steam be let out this morning, in a really remarkable tweetstorm."