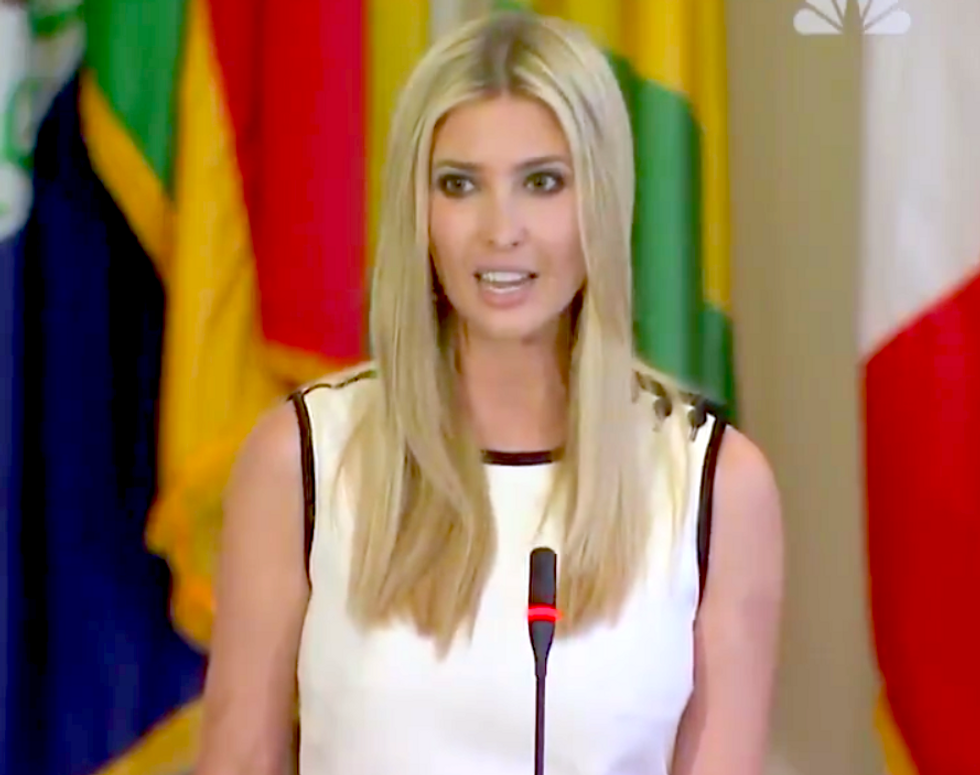 In solemn remarks Monday, Ivanka Trump praised the recently deceased Sen. John McCain (R-AZ) in words that stood in stark contrast to her father's reactions to the death

"I want to extend my deepest sympathies to the family of Sen. John McCain, an American patriot who served our country with distinction for more than six decades. The nation is united in its grief and the world mourns the loss of a true hero," the president's eldest daughter said.

Asked earlier by reporters in the Oval Office whether he wanted to say anything about McCain, President Trump repeatedly ignored the questions.

The president has faced criticism for his failure to appropriately memorialize McCain' death. While the president's Twitter account posted a tweet after his death sending condolences to the family, it offered no praise for McCain himself. And on Monday, after the White House flag had been lowered to half-staff in honor of the late senator, the flag had been raised back to full staff — which many noted was premature.

As a candidate, the president had disparaged McCain's status as a "war hero," saying he was only a war hero because he got captured during the Vietnam war. "I like people who weren't captured," he said. Trump never apologized for these remarks.