'It's Your Fault!': Trump Reportedly Berated Giuliani and Blamed Him for Putting Don Jr. at Legal Risk 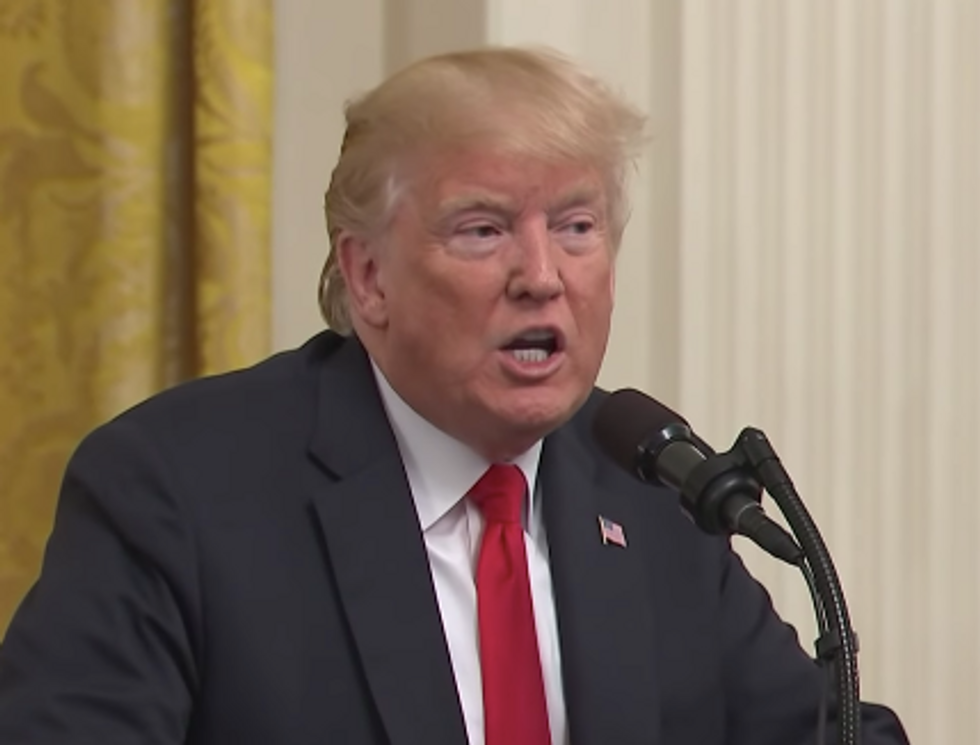 President Donald Trump is reportedly raging as special counsel Robert Mueller's investigation gets closer to the president and his family.

A startling passage in a Tuesday Vanity Fair report described Trump criticizing Giuliani by revealing he wanted the lawyer to be his nominee for attorney general.

“It’s your fault! I offered you attorney general, but you insisted on being secretary of state," Trump raged. "Had I picked you none of this would be happening.”

The president's mood has been one of seething anger.

Over the weekend, Jared Kushner described Trump’s mood as “rip-shit,” according to one of the advisers. “Total meltdown” was how another adviser put it. “He’s extremely frustrated,” a Republican close to the White House said.

A focus of Trump's fury is reported to be a belief that his previous legal team let him down by "waiving executive privilege to cooperate fully with Mueller."