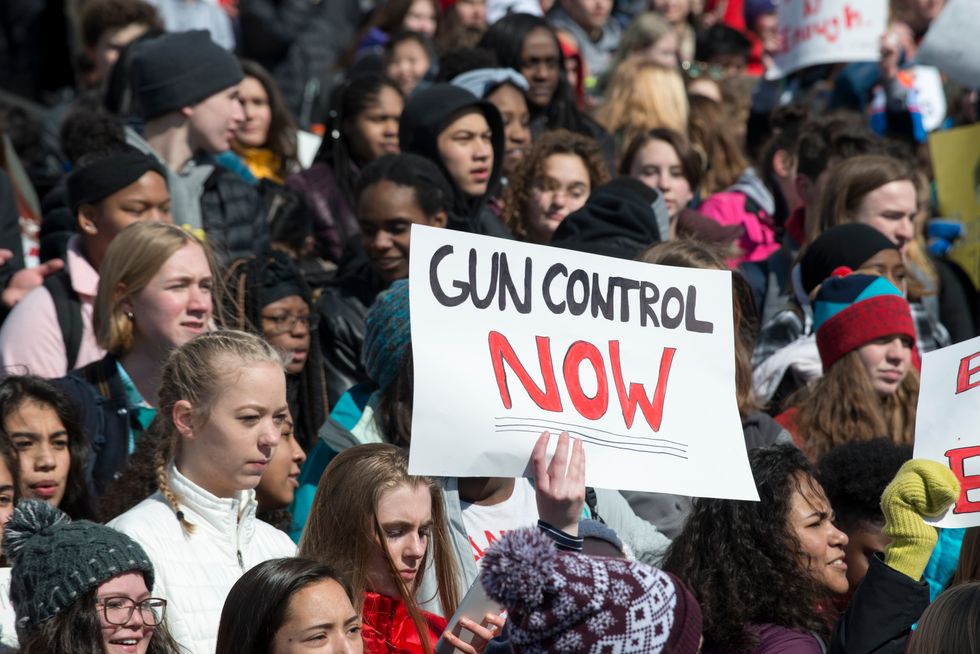 Following a Sunday shooting in Jacksonville, Florida that left at least three people, including the gunman, dead and several others injured, student activists—galvanizedin the wake of the massacre at Marjory Stoneman Douglas High School in February—are planning to protest Tuesday afternoon at the offices of Republican senators backed by the National Rifle Association (NRA).

Just hours after the Jacksonville shooting, 15-year-old Rebecca Heimbrock of Middletown, Maryland tweeted: "In light of Jacksonville, on Tuesday @ noon we are sitting in at the offices of senators that have taken money from the NRA. We are TIRED of the BS. The only way to take down the NRA is to keep the pressure high."

Heimbrock's call for Tuesday afternoon protests quickly spread virally across the social media network, with a retweet from David Hogg, who survived the February shooting in Parkland, Florida, and since then has gained national attention for his activism promoting stricter gun laws.

As with the nationwide walkouts that followed the Parkland shooting earlier this year, students will wear orange, and plan to share updates on social media with the hashtag #OrangeOut.

The Guardian reports that Heimbrock already has confirmed at least two speakers for Tuesday: "one student who had lost her cousin at a school shooting in Santa Fe, Texas, in May, and another student from Great Mills High School in Maryland, the site of a smaller school shooting in March."

Heimbrock, who has attended a pair of sit-ins in Washington, D.C. and helped organize a protest earlier this month outside the NRA's headquarters in Virginia, told the Guardian she is "cautiously optimistic" that the youth-led movement—which has included mass efforts to register young voters—will lead to more victories in the upcoming midterms for candidates who support tougher gun laws.

"I want to believe that people are hearing student voices," she said, "but I'm also worried that people are going to assume that there's this big blue wave, and they're not going to bother to go out to the polls."

"This is about politicians that have chosen NRA money over lives," she added on Twitter. "It's not partisan. It's life or death."

Heimbrock was far from the only young activist to turn to social media on Sunday to call out lawmakers for their continued failure to curb gun violence across the country. Survivors of the Parkland shooting as well as family members of survivors and victims tweeted messages directed at elected officials and the NRA:

To NRA and every member of the house and senate who takes their money and refuses to protect our rights, you are do… https://t.co/wbi3kwxL6J
— Fred Guttenberg (@Fred Guttenberg) 1535309768.0

Others expressed sadness and frustration, tweeting with the hashtag #AnotherFLShooting:

There’s nothing I hate more than having to use the hashtag #AnotherFLShooting , but people need to realize that THI… https://t.co/tlYTpT4L7K
— delaney (@delaney) 1535309607.0