Internet Rips Ben Shapiro for $10K Offer to Debate Alexandria Ocasio-Cortez: He'll 'Pay a Woman Just to Talk to Him' 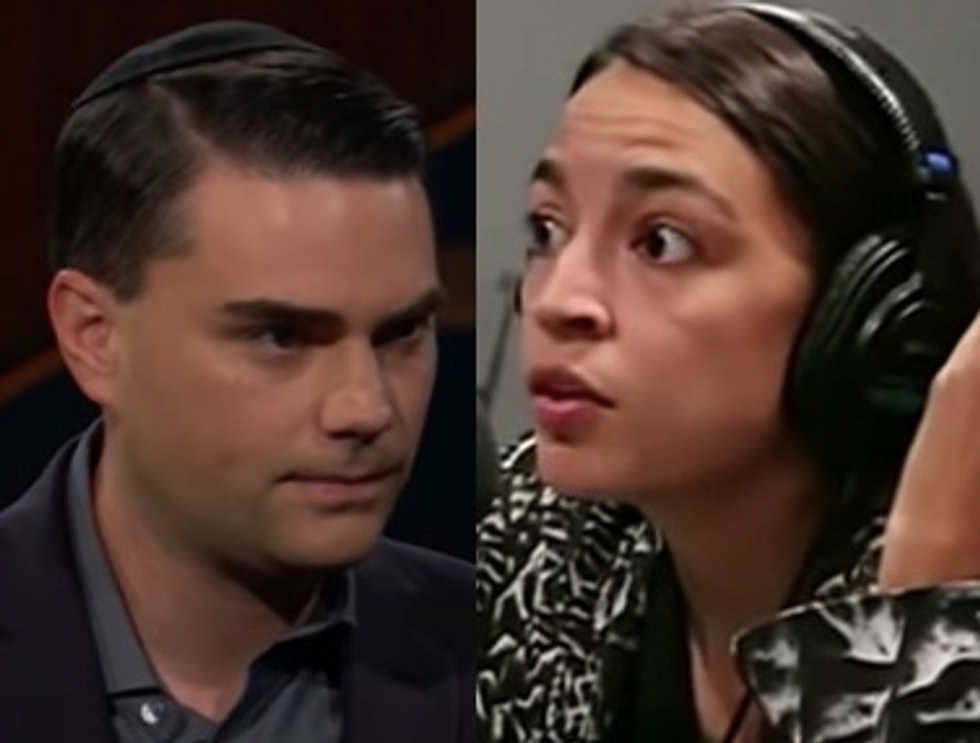 The offer backfired as the public reaction was one of mockery to Shapiro's desperation.

"I would love to have a real conversation with you about the issues," Shapiro said.

"Not only am I eager to discuss the issues with you," he continued. "I'm willing to offer $10,000 to your campaign today for you to come on our Sunday special."

Shapiro said he wants to "really probe" her belief system during the proposed hour-long conversation.

Twitter reacted with amusement to the entitled offer from Shapiro.

Read some of the best reactions below.