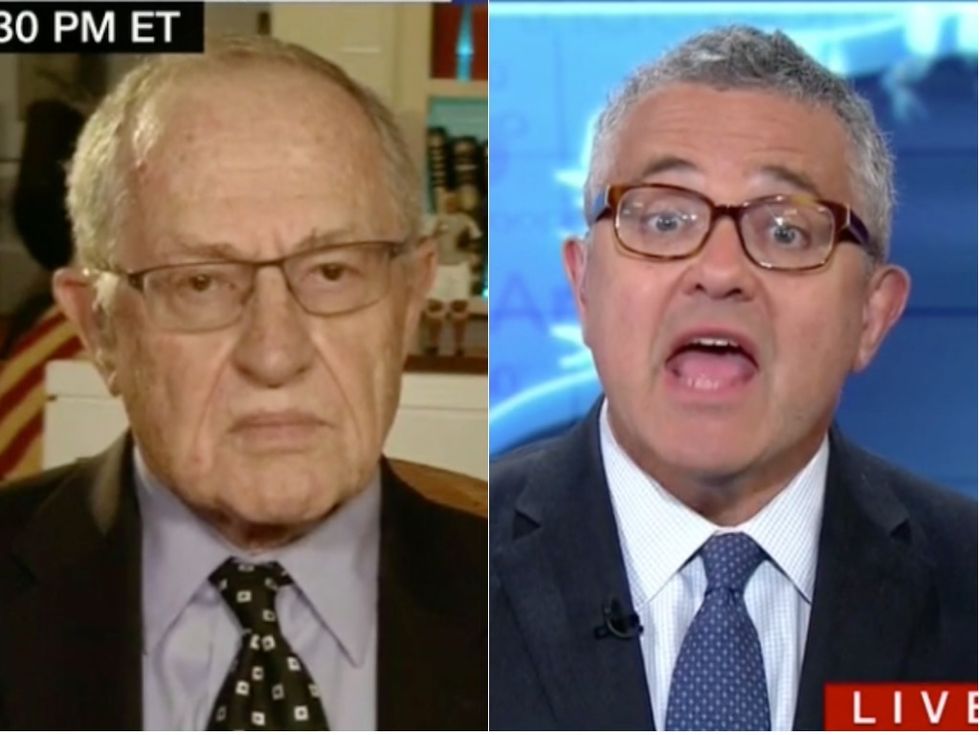 Famed legal scholar Alan Dershowitz continues to defend President Donald Trump despite ever-growing evidence of his guilt in serious crimes. But on Wednesday night, CNN legal analyst Jeffrey Toobin cut through Dershowitz's spin on "Anderson Cooper 360" to show why the latest revelations about Trump's hush money payments during the campaign are so damning.

Dershowitz repeatedly argued that Trump couldn't have done anything wrong because it's legal to contribute any amount of your own money to your campaign. However, as Cooper noted, the court documents say that Trump reimbursed his lawyer Michael Cohen from the Trump Organization, which is not permitted — so it's not even clear why Dershowitz repeatedly brought up the legality of donating to one's own campaign.

And when Cooper tried to argue that, legality aside, what Trump did was "sleazy," Dershowitz continually interrupted him.

Dershowitz argued that sleaziness is not a crime and that federal campaign law is so complicated that it's understandable candidates might sometimes break it.

Eventually, Toobin cut in and got to the heart of the matter.

"Alan, there is — it is undoubtedly true that sleaziness is not a violation of federal criminal law," said Toobin. "Sleaziness is in the eye of the beholder. I don't think there is any doubt that there was sleazy behavior here. but it is misleading to say that federal campaign laws are so complicated that you can't know what they are. the whole reason why they paid this money in this convoluted way was to avoid — was to break the law. Because they knew how bad it would look."

He added: "So it is not a terribly complicated story. It is a willful violation of the law."