'I'm Going to Stop You': CNN Host Shuts Down Evangelical Tony Perkins for Dishonest Claim of 'Violence' from the Left 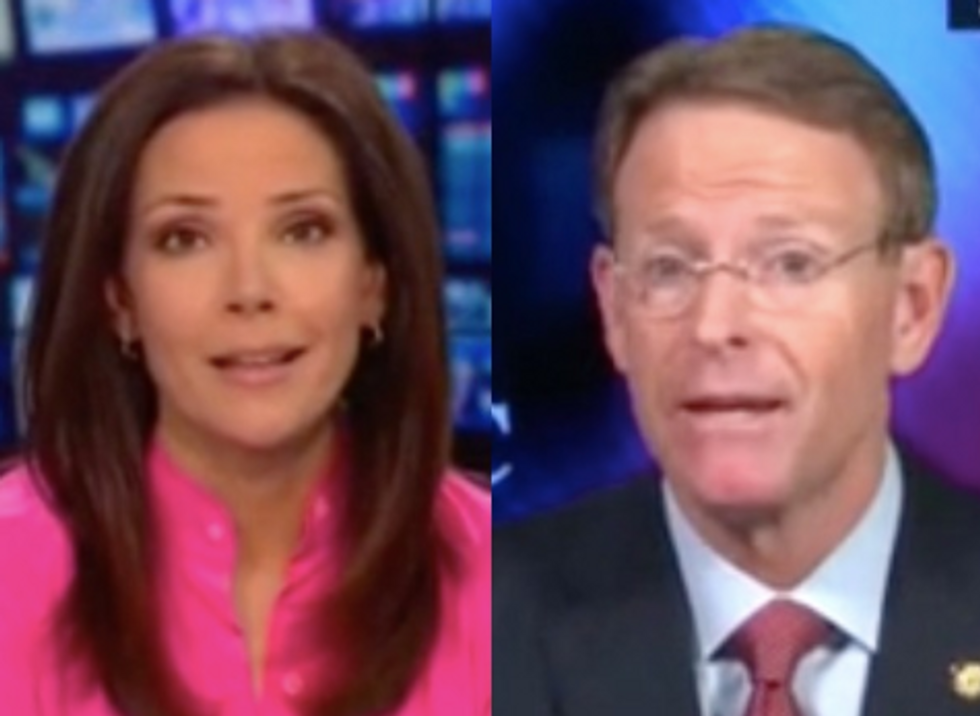 “He did make reference to Antifa, which in many ways has become the face of the left,” Perkins offered in a weak defense of the president's statement.

“I’m going to stop you for a second there,” Hill said. “It’s a reach to say that Antifa is now the face of the left. I think that would be a bit of a stretch.”

“I think, well, I don’t know,” Perkins responded. “When you talk about violence, the violence is on the left. You see Antifa — you don’t see evangelicals out there rioting.”

“You may not see evangelicals, but let’s talk about the far right,” Hill shot back. “And what we have seen in Charlottesville and other places. There’s a lot of violence there.”

Perkins tried to say that Evangelicals don't "embrace" the far-right, despite the fact Evangelicals are among the strongest voting blocs for Trump, who is the preferred candidate of far-right white supremacists.

Watch the exchange below.