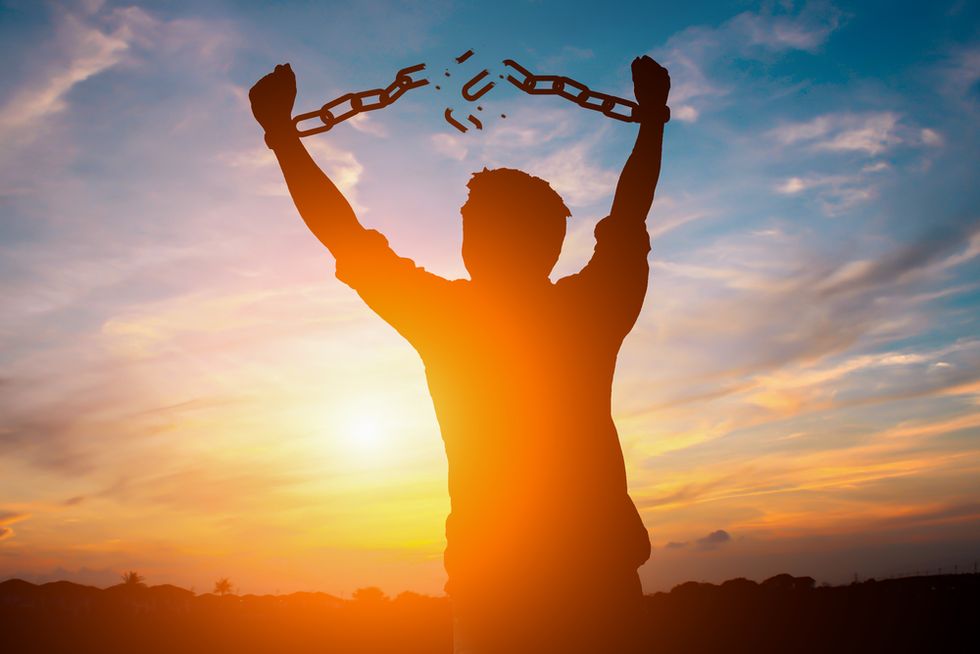 Beginning next year, the Common Application – an online form that enables students to apply to the 800 or so colleges that use it – will no longer ask students about their criminal pasts.

As a formerly incarcerated person who now is now an endocrinologist and professor at two world-renowned medical institutions – Johns Hopkins Medicine and Howard University College of Medicine – I believe this move is a positive one. People’s prior convictions should not be held against them in their pursuit of higher learning.

While I am enthusiastic about the decision to remove the criminal history question from the Common Application, I also believe more must be done to remove the various barriers that exist between formerly incarcerated individuals such as myself and higher education.

I make this argument not only as a formerly incarcerated person who now teaches aspiring medical doctors, but also as an advocate for people with criminal convictions. The organization I lead - From Prison Cells to PhD – helped push for the change on the Common Application.

There was a time not so long ago when some in the legal system believed I did not deserve a chance. With three felony convictions, I was sentenced to 10 years in prison for drug trafficking as a prior and persistent career criminal. My prosecuting attorney once stated that I had no hope for change.

Today, I am Dr. Stanley Andrisse. As a professor at Johns Hopkins and Howard University, I now help train students who want to be doctors. I’d say that I have changed. Education was transformative.

US incarceration rates the highest

Roughly 2.2 million people in the United States are essentially locked away in cages. About 1 in 5 of those people are locked up for drug offenses.

I was one of those people in prison not so long ago.

Growing up in the Ferguson, North St. Louis area, I started selling drugs and getting involved with other crimes at a very young age. I was arrested for the first time at age 14. By age 17, I was moving substantial amounts of drugs across the state of Missouri and the country. By my early 20s, I found myself sitting in front of a judge and facing 20 years to life for drug trafficking charges. The judge sentenced me to 10 years in state prison.

When I stood in front of that judge, school was not really my thing.

Although I was a successful student athlete and received a near full scholarship to play football for Lindenwood University, a Division II college football program, I found it difficult to get out of the drug business. Suffice it to say, there were people in the drug world who wanted me to keep moving drugs. And they made it clear that they would be extremely disappointed if I were to suddenly stop. So I continued. For this reason, I didn’t view my undergraduate college experience the way I view education now.

The transformative power of education

A 2013 analysis of several studies found that obtaining higher education reduced recidivism – the rate of returning to prison – by 43 percent and was four to five times less costly than re-incarcerating that person. The bottom line is education increases personal income and reduces crime.

I had a bachelor’s degree by the time I went to prison but never got the chance to put it to use. Then something tragic happened while I was serving time that prompted me to see the need to further my education. Due to complications of diabetes, my father had his legs amputated. He fell into a coma and lost his battle with Type 2 diabetes. I was devastated. This experience made me want to learn more about how to fight this disease.

While incarcerated, I applied to six biomedical graduate programs. I was rejected from all but one – Saint Louis University. Notably, I had a mentor from Saint Louis University who served on the admission committee. Without that personal connection, I’m not sure I would have ever gotten a second chance.

I finished near the top of my graduate school class, suggesting that I was likely qualified for the programs that rejected me.

Based on the difficulty I experienced in going from prison to becoming a college professor, I believe there are things that should be done to remove barriers for incarcerated or formerly incarcerated people who wish to pursue higher education.

One of those barriers is cost. When the government removed Pell funding from prisons by issuing the "tough on crime” Law Enforcement Act of 1994, the vast majority of colleges offering courses in prison stopped. Due to the federal ban on receiving Pell grants while incarcerated, most of those serving time are not able to afford to take college courses while in prison. The Obama administration took a step toward trying to restore Pell grants for those in prison with the Second Chance Pell pilot. The program has given over 12,000 incarcerated individuals across the nation the chance to use Pell grants toward college courses in prison.

Through the program, 67 colleges and universities are working with over 100 prisons to provide college courses to the incarcerated.

Under the Trump administration, this program is at-risk of being discontinued at the end of 2018. Historically, some have argued that allowing Pell dollars to be used by those in prison takes precious Pell dollars from people who did not violate the law. However, the current Second Chance Pell pilot funding being directed to prisons, $30 million, accounts for 0.1 percent of the total $28 billion of Pell funding. Even if the program were expanded, based on historical levels, it would still amount to one-half of 1 percent of all Pell funding. This is justified by the impact that Pell dollars would have in prison in terms of reducing recidivism.

Federal policymakers could increase opportunities by removing Question 23 on the federal student aid form that asks if applicants have been convicted of drug crimes. A 2015 study found that nearly 66 percent of would-be undergraduates who disclosed a conviction on their college application did not finish their application.

Federal student aid applicants likely feel the same discouragement. I felt discouraged myself when I was applying to graduate programs when I came across the question about whether I had ever been convicted of a crime. It made me feel like I was nothing more than a criminal in the eyes of the college gatekeepers.

When people who have been incarcerated begin to feel like they don’t belong and higher education is not for them, our nation will likely not be able to realize their potential and hidden talents.

It will be as if we have locked them up and thrown away the key.