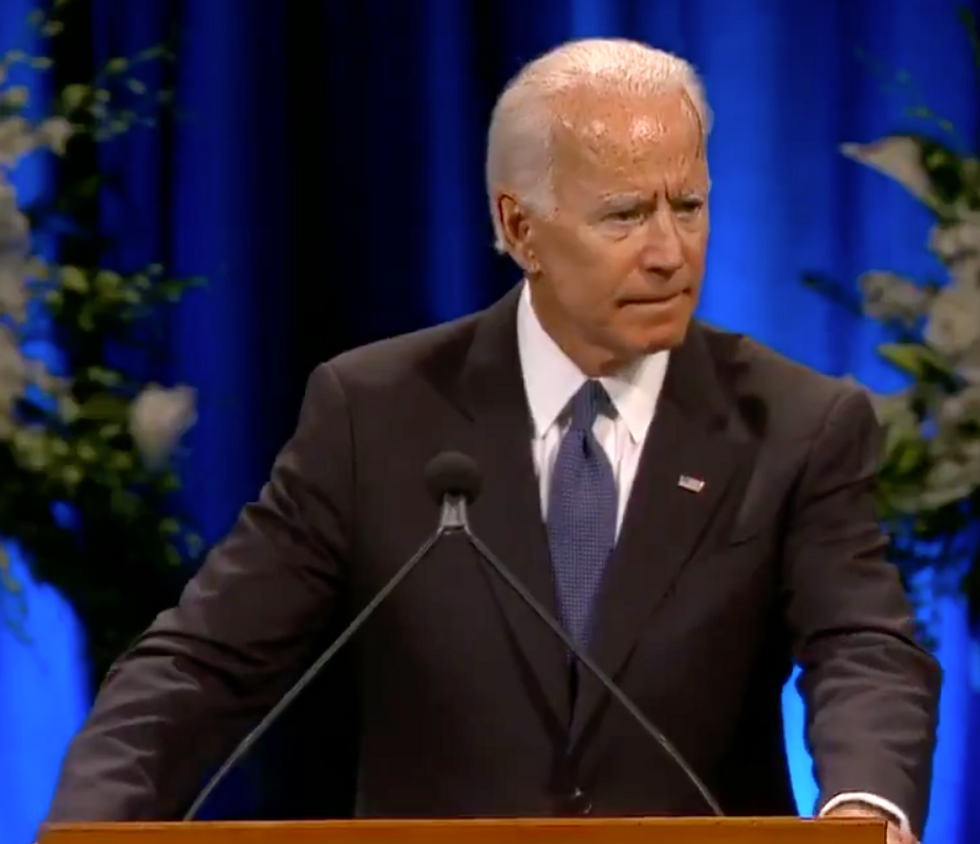 Former Vice President Joe Biden took to the lectern at the funeral for Sen. John McCain (R-AZ) Thursday afternoon to say a solemn goodbye, but his first words made the audience laugh.

"My name is Joe Biden," he said, drawing chuckles from the audience as he continued: "I'm a Democrat."

But then, with his next sentence, the crowd fell silent: "And I love John McCain."

Biden recounted memories of his famously outspoken colleague, discussing how their bipartisan friendship earned them skepticism from their peers. He recalled his Democratic allies telling him: "Joe, it doesn’t look good you sitting next to John all the time." And McCain's allies said the same.

But despite the partisan divide, Biden said while wiping tears from his eyes, he thought of McCain like a brother.

In addition to reflecting on their personal relationship, Biden shared how he viewed McCain as a national figure.

“John came from another age, that lived by another code. An ancient, antiquated code where honor, courage, character, integrity, duty, where it mattered," he said. "‘We hold these truths self-evident, that all men are created equal, endowed by their creator, with certain unalienable rights.’ To John, those words had meaning.”

Watch his speech below: