'I Can’t Let You Say Things That Aren’t True!': CNN's Chris Cuomo Spars with Kellyanne Conway in a Start-to-Finish Trainwreck of an Interview 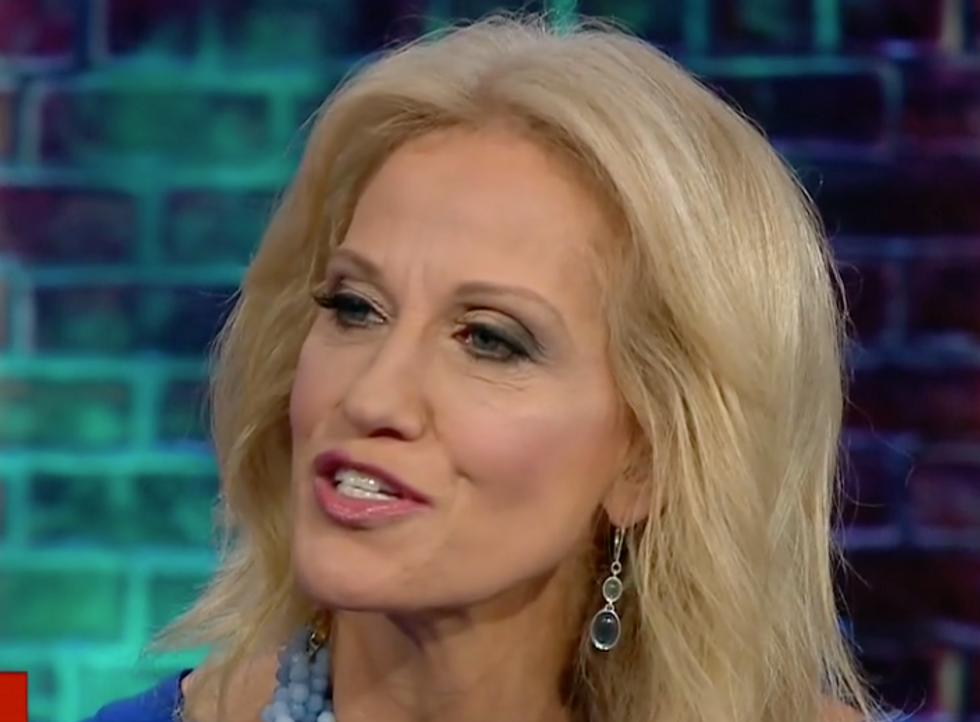 Counselor to the president Kellyanne Conway appeared for an interview on CNN with host Chris Cuomo Thursday night, and it may have been one of her most spectacularly disastrous performances to date.

The pair spat rapid-fire responses back and forth throughout the interview, with Cuomo insisting that President Donald Trump be held accountable for his lying and for the crimes he may have committed in connection with his lawyer Michael Cohen's recent guilty plea.

That plea involved admitting that he coordinated with the Trump to violate campaign finance laws to pay hush money for two women who say they have had affairs with the president. Trump has previously said he knew nothing about the payments, but other statements and an audio recording have proven his denials to be blatant lies.

“You should admit he's lying, and you don't, and that's why people don't trust you," Cuomo said.

At one point, Conway insisted the network should cover more issues, such as the recent killing of Mollie Tibetts, who police suspect was murdered by an immigrant. But Cuomo blasted her for using the death to promote an anti-immigrant agenda.

"You're not letting her soul rest, you're waving her like a flag," he said. "How dare you! And how dare the president."

They constantly talked over each other and interrupted one another, revealing the futility of bringing on guests who have no interest in having an honest discussion. Cuomo pointed out that she kept misleading and refusing to answer questions, but his refusal to let her talk forced the question: Why was she invited on in the first place?

"I can’t let you say things that aren’t true!" he said in exasperation.

Watch the full clip below: