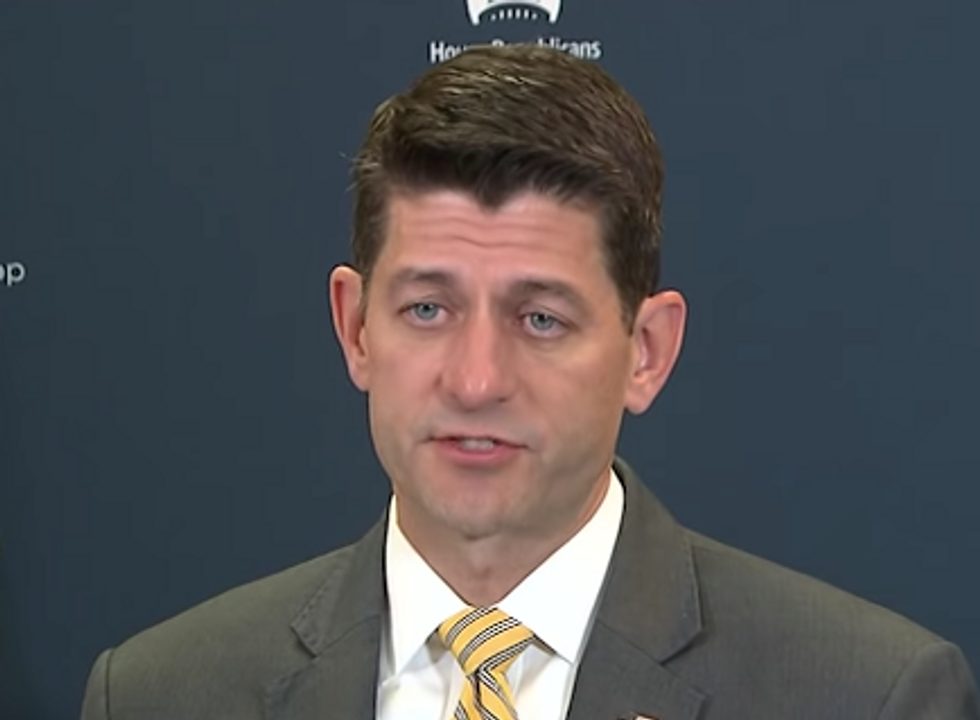 The U.S. Chamber of Commerce wants us to be excited about how much the Trump tax cut will save the typical American on a utility bill. Get out your coffee cup because that’s about how much it’s going to save you, the price of a cup of coffee.

In addition, the chamber thinks this might be the biggest way that typical citizens will get direct help from the tax cut. So just that cup of coffee? That’s it? Suddenly that cup looks even smaller.

How do taxes affect utilities? Because any utility that is regulated and has seen expenses go down, because they’re paying less in taxes. That savings should be passed on to the consumer.

How does that come out to a cup of coffee? My state of Arizona serves as an average example. Take the total projected tax savings for regulated utilities in the state, which the chamber puts at $765 million over five years, divide by years, and by population, times typical members per household, comes to a little over $4 per household per month. That number is confirmed in the Policy Analysis which they released listing the details. It finds a household might save as much as just over $7 per month, or, depending on the state, down to less than a buck and a half. For a typical two-earner household, $4 might buy each bread-winner one cup of coffee.

The chamber sent out the policy analysis to share this exciting news. I spoke with Christopher Guith, senior vice president of the Chamber’s Global Energy Institute, to verify the details. One of the first things Guith pointed out: “In many cases, the average American will benefit as much, if not more, from the utility rate reduction than they will from the tax cuts themselves, at least directly.”

How does he conclude that? Because the tax cuts were largely to business taxes and other taxes such as the inheritance tax, not cuts that would benefit typical individuals. Some of the cuts were to income tax, but many wage earners pay little income tax or, for low-earners, no income tax.

It’s also worth noting that the cuts to income tax were heavily weighted to the top, so if you’re the typical lower-half wage earner you won’t see much. And, of course, those cuts are scheduled to end in a few years anyway, while the business cuts are permanent.

I hate to engage in “gotcha” journalism but the chamber having put out this paper, it needed some analysis, and what else can be said but that they want us to be excited about these few dollars a month? I spoke to Guith in part to see what the response was to my asking for confirmation about such a small amount and he confirmed those numbers are correct.

To be fair, a good part of what the paper is about and what Guith wanted to convey is that this money then expands somewhat. The $765 million savings in Arizona, for instance, over five years could go to investment and possibly create jobs and end up being a somewhat bigger benefit to the state. He estimates it would expand another 25% to over $1 billion in impact and could create 2,411 jobs.

Guith seems to be an entirely sincere and knowledgeable person. He’s absolutely right that the savings will be a boost to the economy and it could create some jobs. He noted that this parallels what he understood to be the main focus of the tax cuts, particularly the lower business tax and the tax breaks given to companies bringing overseas cash back to the United States. That focus was to boost capital, to increase funds available for investment, to grow the economy.

There is some truth in all of that, but a whole lot of off-target policy, waste and disregard for typical Americans while benefiting the top.

For instance, did America need help coming up with capital for expansion? When corporate profits were continuing to reach new highs? When corporate cash-on-hand was also setting records? When stock buybacks (basically when a company has so much cash it doesn’t know what to do with it other than to give a bunch of it to investors) had grown to unusually high levels?

And all of that corporate cash “parked” overseas? Can you imagine that these big corporations would actually let huge amounts of wealth just sit idle? It is not sitting idle. It can be used for corporate expansion overseas and it can be invested in anything other than the company here without being repatriated and taxed. In fact, almost all of it already was invested here in Treasury bills and similar investments. If these companies were starving for capital it might be a consideration. As it is, not hardly.

And what has happened to a great deal of the money saved from tax cuts and the money repatriated? Has it gone to making jobs? Some, but mostly just to keep up with the continuing recovery. A lot of it has gone to those stock buybacks and generally just fattening up the top.

If you wanted to boost the economy of a state like Arizona by $750 million why would you do it in a way that’s going to send a lot of it to industrial energy users (as their analysis points out) and hope that someday some of it eventually trickles down to the typical citizen? Those 2,411 potential jobs? There’s no reason to expect that money will go to jobs when the pattern has instead been that fattening of the top.

Along those lines, I asked Guith if it wouldn’t have been better, rather than giving such huge cuts to corporations and the top, to make that huge cut in payroll taxes instead? He’s right that a lot of people don’t pay much in income taxes, because they don’t make enough, but payroll taxes have grown to rival the size of income taxes. Now, most working people pay more in payroll tax than income tax. A cut to the payroll tax, without any reduction in the wage-earner’s eventual Social Security and Medicare benefits, would be an immediate boost directly to people, all working people. They wouldn’t even have to wait for tax season; it would be in the paychecks immediately.

Even conservatives, such as the National Review and the American Enterprise Institute, recognize that a payroll tax cut would boost the economy more and sooner than what was done. We’re not short of capital, we’re short of demand. Short of money in the hands of people who need to spend it on things they’ve been putting off, which would create an immediate need for more products and services, which would create jobs, boosting the economy generally and, from the bottom up, spreading the boost broadly across typical Americans.

Guith said that he works in the energy field and doesn’t know enough about general tax policy to speak to that.

So? Are you excited? Or would a more accurate word be, agitated?