How Meditation Can Help People Struggling with Schizophrenia 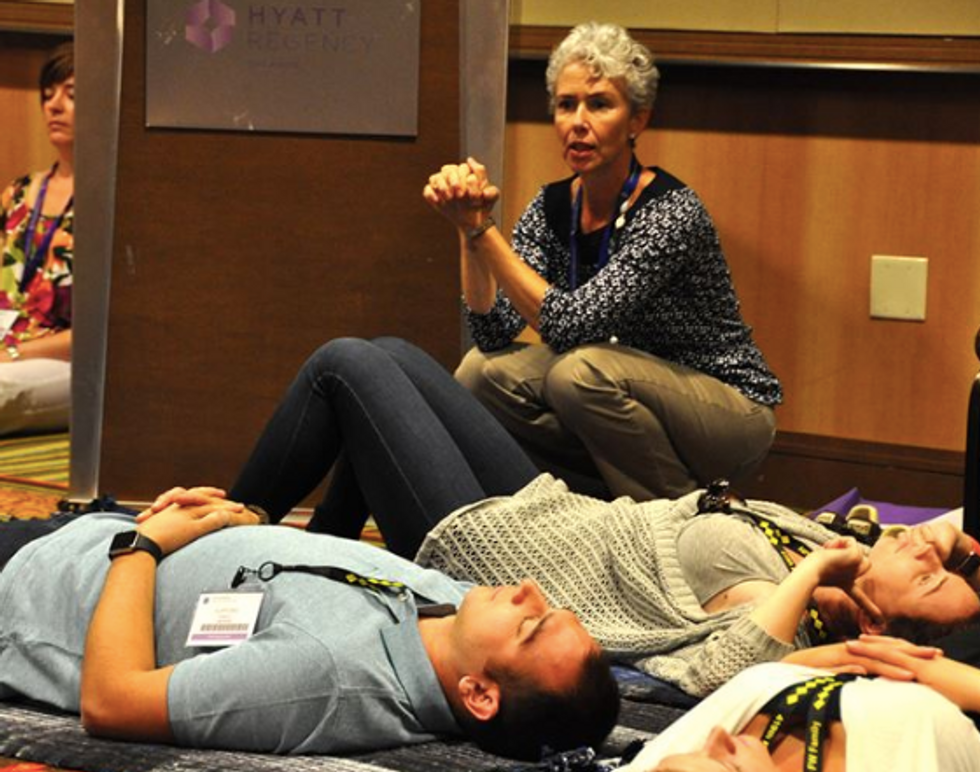 “I felt a sense of dissolving, disappearing completely.” “My body and mind melted and merged with the universe.” “I ceased to exist.” These are excerpts of what I occasionally hear from the students who come to my yoga and meditation classes.

For most, these “mind-expanding” experiences are very positive and this is precisely what my students are seeking. However, there are always a few who have a difficult time with “ceasing to exist.”

Most traditional contemplative practices encourage careful examination of our concept of self and reality. This can induce feelings of boundlessness, non-separation, fusing with the universe, a deconstructed self, timelessness, emptiness or the void. This can be an insightful and blissful experience, but it can also be frightening if we are not prepared.

Given that meditation can sometimes produce such profound effects, is it a good idea to promote it in people with an already fragmented perception of self, or with hallucinations or delusions? As a clinical neuroscientist, I believe it is.

Research shows that some mindfulness-based interventions for psychotic symptoms can afford people a greater acceptance and insight into their experiences. They can also reduce the symptoms of anxiety and depression which often accompany, and may exacerbate, psychotic disorders.

My dream is that one day all psychiatric hospitals and mental health facilities will offer a range of alternatives for people with mental health problems — including meditation, yoga, dance, art, music and massage therapy.

Schizophrenia is one of the most complex and least understood psychiatric disorders. Indeed, some researchers and clinicians question its usefulness as a clinical construct.

Schizophrenia may lead to progressive decline in cognitive, emotional and social domains. However, some individuals diagnosed with the disorder have good insight into their condition and are able to hold down a job and have families, friends and normal life satisfaction.

I have been fascinated by psychosis for the past two decades and, in parallel, I have been an ardent student and practitioner of Eastern philosophies and religions, including Zen Buddhism, Advaita Vedanta and yoga.

At some point during my scientific and introspective explorations I asked myself: How about introducing some of the concepts and practices which have been very helpful in my life to people I was studying? I approached a few psychiatrists, but their responses were discouraging. I quickly realized where their fears were coming from.

In comparison with other mental health problems, such as anxiety and mood disorders, the number of clinical trials evaluating the effects of mediation on schizophrenia symptoms is very modest. The earlier studies that exist were cautious, often critical, about the use of meditation for schizophrenia and related conditions.

These early case studies were, however, scarce and often involved people who engaged in intense retreats of a few weeks or months spent in silence, sometimes with a restricted diet and sleep deprivation.

Recently, much more encouraging research began to emerge. These studies shifted the focus to mindfulness-based approaches — which may include formal seated meditation, but overall emphasize awareness of the present moment, no matter what activity one is engaged in. This includes observation of sensations, thoughts and emotions and is typically done with gentle detachment, self-acceptance and compassion.

The research shows that such mindfulness-based interventions can give people a greater acceptance and insight into their experiences of psychosis, so they are less bothered by them, even if hallucinations and other symptoms are not eliminated.

In addition, the symptoms of anxiety and depression, which often accompany and may exacerbate psychotic disorders, diminish.

This evidence not only comes from case studies and small sample pilot studies, but also from randomized controlled trials (the golden standard while evaluating effects of any intervention, pharmacological or psychosocial) and reviews of research.

When the drugs are not enough

It should be noted that these interventions do not include any prolonged silent and motionless meditation. They do not involve any overly esoteric and complex terminology. The seated meditation is typically brief and guided. In addition, mindful movement is often introduced.

We need to keep in mind that the available anti-psychotic drugs, which are the first-line of treatment for schizophrenia, are associated with numerous undesirable side effects and do not work in about 25 to 30 per cent of patients.

This is why there is a great need to develop more alternatives or add-on therapies to pharmacological treatment. Mindful movement and meditation could be such an add-on.