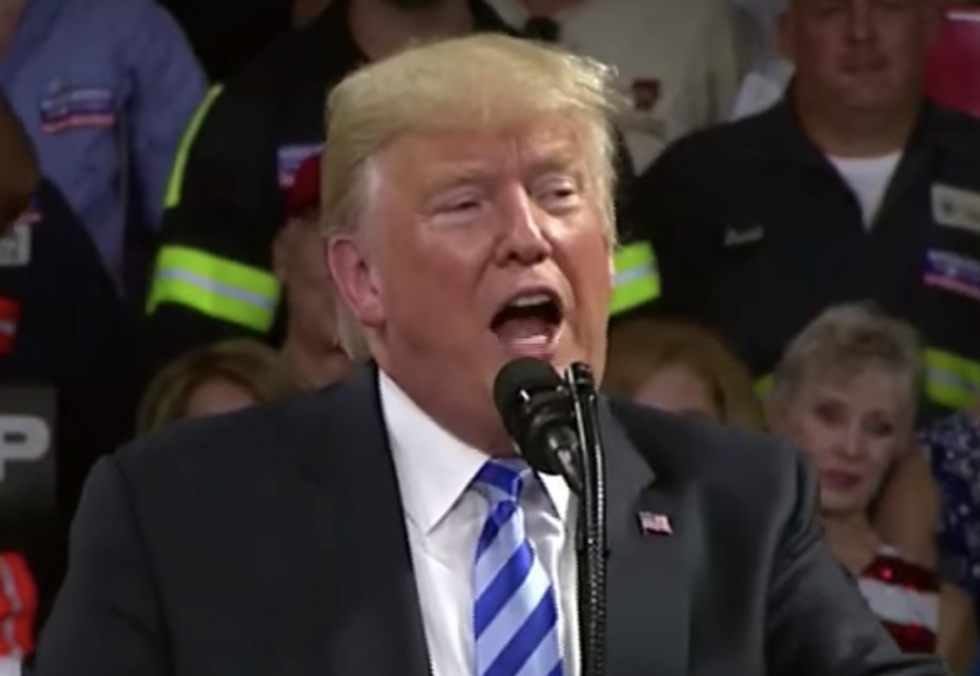 The Conversation
August 22, 2018 The Right Wing

On the same day Cohen took his plea, Trump’s former campaign manager, Paul Manafort, was also convicted of federal crimes relating to his work with Russian and pro-Russian companies and governments.

While we can’t know how these sudden twists will impact the current administration long term, they have suddenly injected a new potency into the miasma of scandal that hangs around the president himself. So what might happen to Trump next, and what can the history of presidential scandal tell us about his chances of weathering this storm?

Ever since Trump was elected, much has been made of his remarkably stubborn approval ratings. Despite the endless controversy and hugely negative news coverage, he has consistently retained the approval of somewhere around 40% of Americans. The reason is clear: while self-identified Democrats and independents strongly disapprove of Trump, Republicans still overwhelmingly support him, with his latest approval figures among those voters as high as 87%. With few exceptions, Republican politicians in Congress have also been relatively reluctant to speak out against the president for fear of retribution from their core voters.

On the face of it, this puts Trump well ahead of his most infamous scandal-ridden predecessor, Richard Nixon, whose approval ratings dropped to the mid-to-low 20s at the end of the Watergate scandal, However, in hindsight, many do not realise that Nixon too retained the support of Republican voters and politicians well into the scandal’s development.

Nixon’s voters and allies in Congress did not abandon him until Presidential Counsel John Dean testified against him to the Senate Watergate Committee, a shocking event followed by the release of audio tapes unambiguously implicating Nixon himself in a criminal cover up. The same effect could well be at work in Trump’s scandals today: depending on what specific evidence Cohen can offer up against Trump, the stubborn Republican support keeping Trump afloat could yet start to crumble.

On the other hand, the US of the 1970s was far less politically polarised than today’s. In these hyper-partisan conditions, there’s an alternative scenario in which the president does not just survive, but thrives in the face of scandal.

This is what happened after President Bill Clinton’s affair with Monica Lewinsky exploded into a humiliating attempt to impeach him. Thanks to a booming economy and a more polarised political culture, Clinton’s approval ratings actually rose at the height of the Lewinsky scandal. Democratic voters never abandoned him, and proved amenable to the administration’s portrayal of the scandal: a partisan prosecution for a moral lapse that had no bearing on the president’s performance. Enough independents and centrists were satisfied with America’s economic performance to agree.

With things going as they are, Trump may be able to preserve what standing he has in the same way. Today as in the late 1990s, the US economy is generally doing well; while real wages remain stagnant, unemployment is remarkably low and overall growth generally strong.

Trump is also borrowing from the Clinton playbook in his efforts to paint his various scandals as the machinations of overzealous and corrupt political enemies, calling Robert Mueller’s investigation the “greatest witch hunt in American history”. Until now, this strategy has certainly kept base on side, although political independents and more centrist elements in his party don’t appear quite so enthusiastic.

So what now? Barring some truly unprecedented action in the Washington power structure itself, the ultimate arbiter of wrongdoing will be the American people. They will decide whether Trump’s scandals are legitimate, and whether they are important enough to warrant political punishment. And as team Trump will be well aware, the strongest signal they can send that these presidential scandals are unacceptable is to vote and hand Congress over to the Democrats in this November’s midterm elections. That would dial the up pressure on Trump to a higher level than before.

Neil Visalvanich, Lecturer in the School of Government and International Affairs, Durham University