Hope Hicks Is Considering Going Back to the White House as Chief of Staff: Report 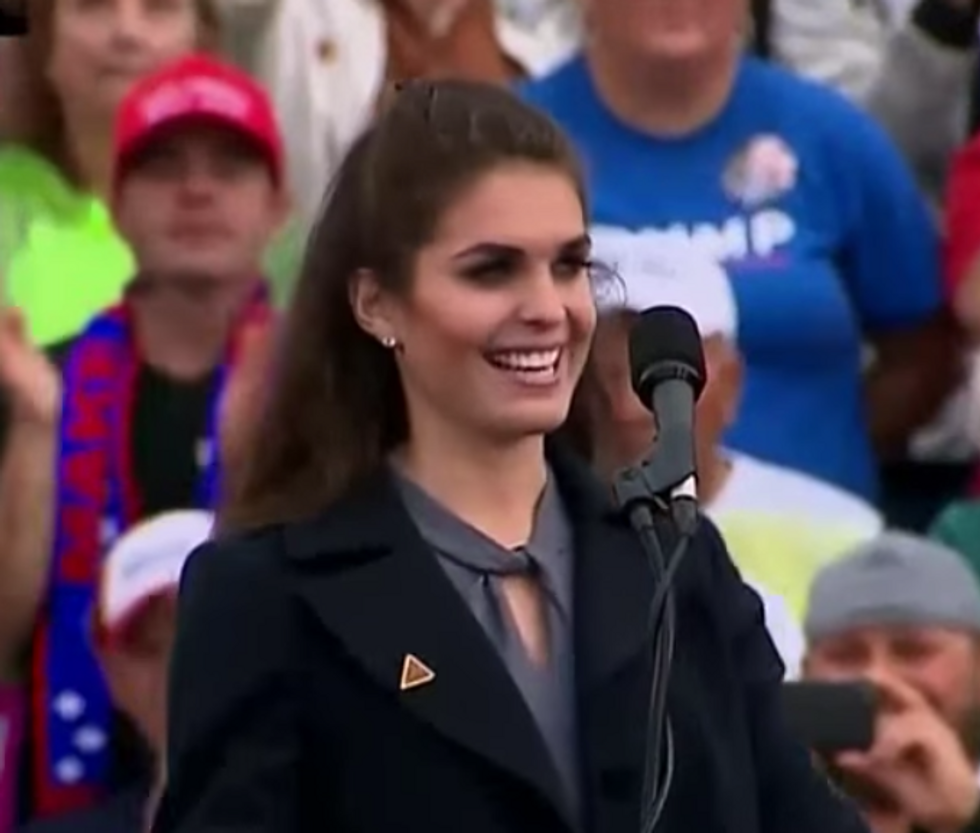 Former White House Communications Director Hope Hicks told reporters on Air Force One that she would consider returning to work for President Donald Trump to serve as chief of staff, according to a new report by Emily Jane Fox in Vanity Fair.

According to Fox, her statement that she would consider the role included the caveat, "if the time was right."

A previous report back in June by Gabriel Sherman, also of Vanity Fair, found that Hicks had been considered a "dark horse" candidate for the job by officials. Currently, John Kelly remains chief of staff, despite months of reports of tension between him and the president.

Hicks made the comments to reporters during a visit to Air Force One over the weekend that drew much media speculation. Since Hicks has been interviewed as part of the special counsel Robert Mueller's Russia investigation, some said the reunion with the president raised questions about witness tampering.

However, Fox reports that the meeting was incidental, and rightly notes that Trump frequently meets with other witnesses in the Russia probe without drawing similar scrutiny.

Bill Shine, the recently hired White House deputy chief of staff and scandal-plagued ex-president of Fox News, has also been reportedly considered as Kelly's replacement. Overall, Fox's article presents Hicks as relatively aimless and considering a wide variety of career prospects, so it's not clear how seriously to take her musing about another White House job.