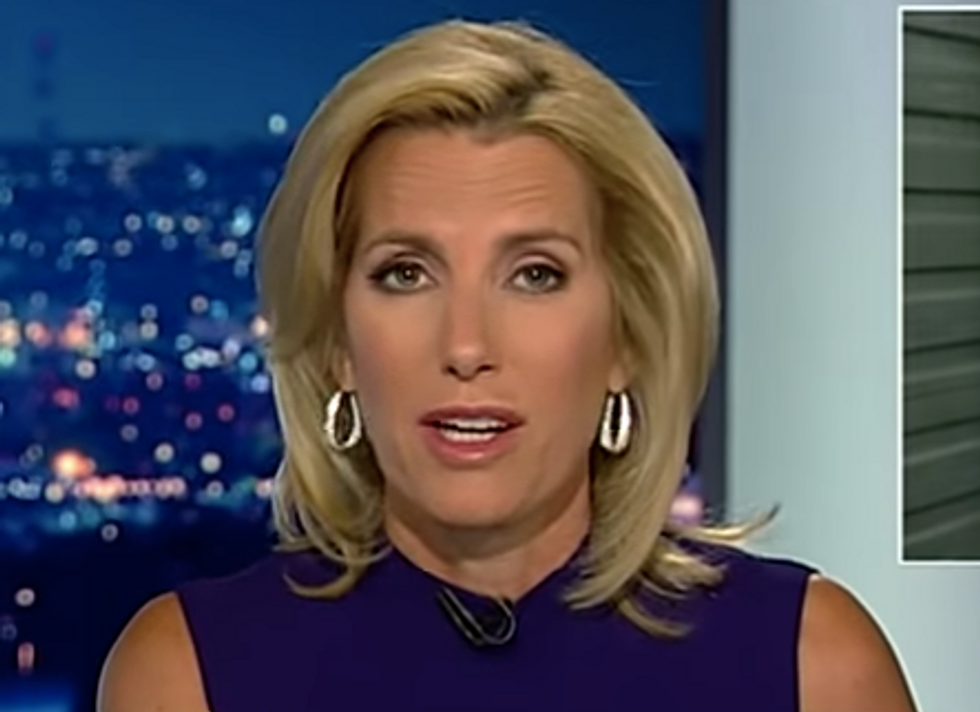 Fox News host Laura Ingraham went on a shocking racist tirade during the Wednesday night broadcast of her show.

"The America we know and love doesn't exist anymore. Massive demographic changes have been foisted on the American people, and they are changes that none of us ever voted for, and most of us don't like," she said. "This is related to both illegal and, in some cases, legal immigration that, of course, progressives love."

Historian Kevin Kruse delivered a massive and scholarly Twitter response that traced Ingraham's comments to the rise of the second Ku Klux Klan in the 20th century.

"This bears strong echoes of the racist screeds of the 1910s and 1920s that paved the way for the rise of the Second Ku Klux Klan and immigration restriction at home, and much worse abroad," he wrote.

"The Ku Klux Klan used this popular panic over immigration to revive itself as a national organization in the 1920s," Kruse continued.

He discussed a Grand Dragon meeting in 1923 that "focused a great deal on the supposed demographic threat that new immigration posed to old-stock Americans and the need to crack down on it.

Kruse then explained how America helped the Nazis form their ideology through racist legislation.

"The popular panic over immigration, and the pseudo-scientific justifications for nativism and racism, came together in the push for the National Origins Act of 1924, a measure that drastically reduced immigration from SE Europe and banned Asians from immigrating entirely," Kruse explains.

This law "served as a model for the racial citizenship laws that took root in Nazi Germany a decade later."

Kruse concludes with a warning: "We need to remember that, a century ago, unhinged fear-mongering about "demographic changes" in the American population led not just to drastic immigration restrictions at home, but to disastrous horrors abroad."

Read the full thread by clicking below.