'He’s Threatening Retribution': Columnist Details Why Trump's Attacks on Google Are So 'Disturbing' 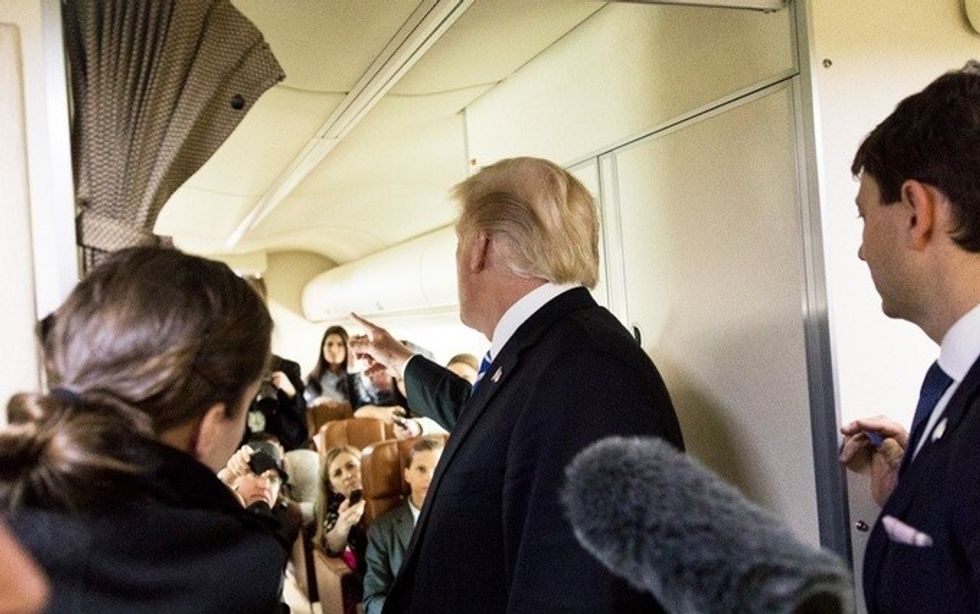 Most people have gotten used to the background noise of American politics that is President Donald Trump's griping about the media. But a new line of attack introduced this week caught people's attention — because this time it came for a new target: Google.

In a series of bizarre tweets, Trump claimed Google results were "rigged" against him because they showed bad news about his presidency — a patently ridiculous claim. But as Washington Post columnist Josh Rogin pointed out, we can't let this allegation pass in silence. Government censorship of Google results is nothing new, and it must be protected against.

"The disturbing part is that Trump is suggesting Google is doing something 'illegal' by returning search results that reflect badly on him personally — and he’s threatening retribution," Rogin wrote.

In China, the Internet is censored so heavily, even references to Winnie the Pooh are blocked because Xi doesn’t like being compared to the cartoon character. Forget about publishing anything online that criticizes Xi directly, his government or anything the Communist Party deems improper, unharmonious or subversive. You will be jailed.

Of course, this kind of censorship is not legal in the United States — the First Amendment provides strong protection against such interventions. But there are other ways Trump and the administration can dole out punishments, and as Rogin argues, just having Trump make the case puts us on a "slippery slope."

"Trump may not like that most of his media coverage is negative, but unlike Xi he doesn’t have the power to censor his critics," Rogin wrote. "If he wants to know why Google searches on 'Trump News' return mostly negative results, he should put down Twitter and pick up a mirror."

The other perennial danger with Trump, however, is that this new line of attack is just a distraction from other important issues. It's tempting, then, to say his tweets should just be ignored. But Trump often does telegraph bad actions and reveal his motives on Twitter before taking concrete steps, so these warning signs cannot be swept aside.

It's true that it's a distraction, but so is his entire presidency — a distraction from the more pressing issues in the world. That's the fate the country has been saddled with.