Here's Why Trump Should Stop Bragging About America's GDP 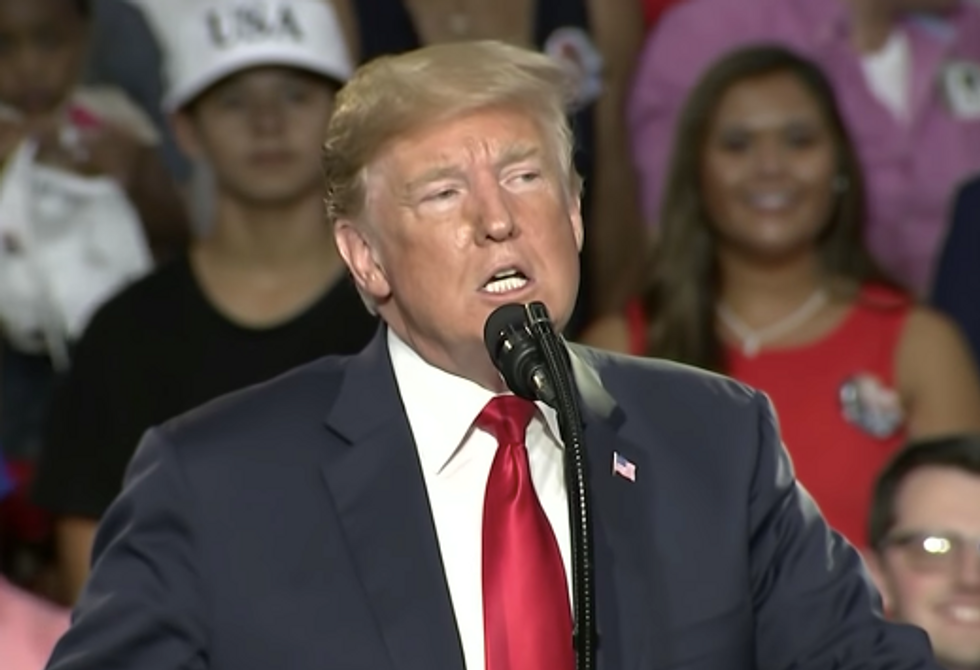 GDP – or gross domestic product – is the rate at which the total value of goods and services produced in the U.S. grew. Together with unemployment and inflation, it usually receives a lot of attention as an indicator of economic performance in the U.S.

There was much celebration over the 4.1 percent rate, as this is higher than that experienced in recent years, but some in the media questioned its sustainability.

That raises another critical question: Does it mean the economy is doing well and there is economic progress? While it is convenient to focus on one number, it turns out GDP alone is inadequate to measure the economic performance of a country. I have spent much of my working life studying economic well-being at the level of individuals or families, which offers a lens on the economy that is complementary to GDP.

GDP has many limitations. It captures only a very narrow slice of economic activity: goods and services. It pays no attention to what is produced, how it is produced or how it might improve lives.

Still, many policymakers, analysts and reporters remain fixated on the GDP growth rate, as if it encapsulates all of a nation’s economic goals, performance and progress.

The obsession about GDP comes, in part, from the misconception that economics only has to do with market transactions, money and wealth. But the economy is also about people.

For example, for most U.S. workers, real earnings – after inflation is taken into account – have been flat for decades, whether GDP or the unemployment rate grew or not. Yet the attention has remained stuck on GDP.

Despite the media’s obsession with GDP, many economists would agree that economics considers wealth or the production of goods and services as means to improve the human condition.

Over the past couple of decades, a number of international commissions and research projects have come up with ways to go beyond GDP. In 2008, the French government asked two Nobel prize winners, Joseph Stiglitz and Amartya Sen, as well as economist Jean-Paul Fitoussi, to put together an international commission of experts to come up with new ways to measure economic performance and progress. In their 2010 report, they argued that there is a need to “shift emphasis from measuring economic production to measuring people’s well-being.”

One approach is to have a dashboard of indicators that are assessed on a regular basis. For instance, workers’ earnings, the share of the population with health insurance and life expectancy could be monitored closely, in addition to GDP.

However, this dashboard approach is less convenient and simple than having one indicator to measure progress against. A wide set of indicators are in fact available already in the U.S. – but attention remains stuck on GDP.

Another approach is to use a composite index that combines data on a variety of aspects of progress into a single summary number. This single number could unfold into a detailed picture of the situation of a country if one zooms into each indicator, by demographic group or region.

One challenge is to select the dimensions that should be covered. Through an international consultative process, the commission led by Sen, Stiglitz and Fitoussi defined eight dimensions of individual well-being and social progress, including health; education; political voice and governance; social connections and relationships; and the environment.

The Human Development Index of the United Nations, started in 1990, covers income per capita, life expectancy at birth and education. This index shows how focusing on GDP alone can mislead the public about a country’s economic performance. The U.S. ranks first internationally on GDP per capita, but is in 10th place on the Human Development Index due to relatively lower life expectancy and years of schooling compared to other countries at the top of the list, like Australia.

I believe the U.S. obsession around GDP should stop. Changing how we track economic progress – by also closely monitoring composite indexes of well-being – isn’t about making the measurement of the economy more complicated and keeping economists fully employed. Rather, it’s about monitoring and delivering on the promise of socioeconomic progress.