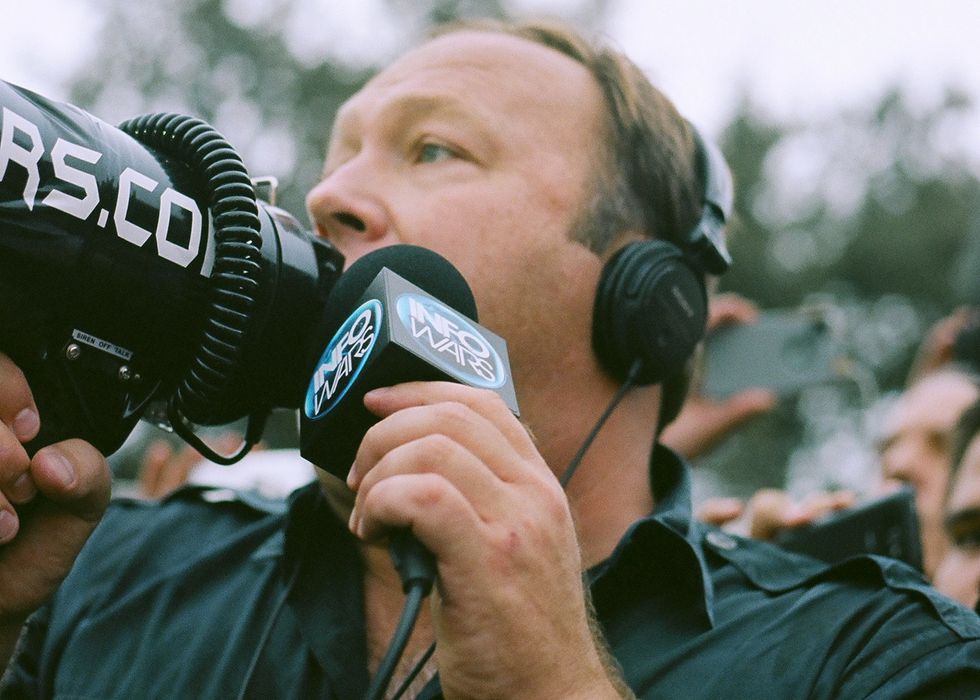 Whenever the president complains about "Fake News," always capitalized and often punctuated with exclamation points, rest assured that he doesn't mean the actual sources of fraudulent information that infest the internet and haunt American politics. No, Donald Trump's definition of "fake" has nothing to do with factuality or responsibility in media. It merely means news he doesn't like, usually truthful reporting about him, his family, his administration or his cronies produced by credible newspapers and broadcasters.

It's easy to dismiss these outbursts as simply more of the daily spew of falsehoods on his Twitter feed. And it's comforting to pretend that they don't matter. But Trump's conscious campaign to discredit honest journalism is dangerous to our democratic culture. Does that sound lofty and academic? It isn't. The denigration of real reporting and the elevation of fraudulent conspiracies have real consequences in the everyday life of Americans.

Indeed, the most compelling example right now is the sexual abuse of children — a major news story that also exists as a phony right-wing meme. It is instructive to compare and contrast how the fake-news outlets praised by Trump and the real news organizations excoriated by him are dealing with that most unspeakable of crimes.

Websites and Twitter personas that back Trump — and are supported in turn by him and his family — have spent the past few years fabricating and promoting a nasty fantasy that they call "Pizzagate," which claims that Democratic elites including Hillary Clinton, George Soros, former Clinton campaign manager John Podesta and a variety of Washington, D.C., and Hollywood personalities are guilty of child sex trafficking or worse.

Thanks to conspiracy broadcaster Alex Jones, a Trump favorite who spread this toxic mythology without a scrap of evidence, and his imitators, Pizzagate reached enough gullible minds that one man traveled to Comet Ping Pong pizzeria in Washington, where he believed child sex slaves were being held, and discharged a rifle. Nobody was harmed except that pitiful dupe, who is now in prison.

Fearing legal action, the cowardly Jones scuttled away from Pizzagate after the 2016 election. But he and kindred voices on the far right continue to spread fake stories about pedophilia, weaponizing a smear that distracts from real news and mesmerizes an idiot constituency. It is a parody of journalism and as foul a misuse of the First Amendment as we have seen in decades.

Notwithstanding that torrent of politically motivated lies, child sexual abuse exists in our society, perpetrated over many years by such trusted figures as priests, athletic coaches and even doctors. Those heinous crimes have been exposed not by hucksters and con artists on Infowars or Fox News but by established news outlets that spend thousands of hours and hundreds of thousands of dollars to find the truth and prove it.

Without the dedicated and courageous journalists who reported out the crimes of a former House Speaker, an Ohio State wrestling coach, an Olympic gymnastics physician and hundreds of Catholic clergymen, nobody would ever have held those monsters accountable.

Anyone who wants to understand the difficult and often-wrenching work behind that kind of investigative journalism should watch "Spotlight," the remarkably realistic 2015 feature film that shows how a team of Boston Globe reporters ripped away the Catholic Church's scandalous cover-up of pedophilia in the priesthood. Their work required knocking on doors, searching out documents, forcing institutions to account for their failures, taking risks. It is work that sometimes leads to errors, which must be acknowledged and corrected. But it is the best and often the only way to address and remedy wrongdoing in government and business, and across our institutions, including the press itself. The newspaper editor who led The Globe investigation is Martin Baron — who now runs the Washington Post, where his reporters produce the best reporting on national issues and politics under the slogan "Democracy Dies in Darkness."

Of course, Trump hates the Post and every decent newspaper. For his own self-serving reasons, he would prefer a nation that gets all of its information from crooks like Alex Jones and Rupert Murdoch — a nation more like Russia, where lies suffocate freedom. But that would be a society most inhospitable to the welfare of children and all other living things.