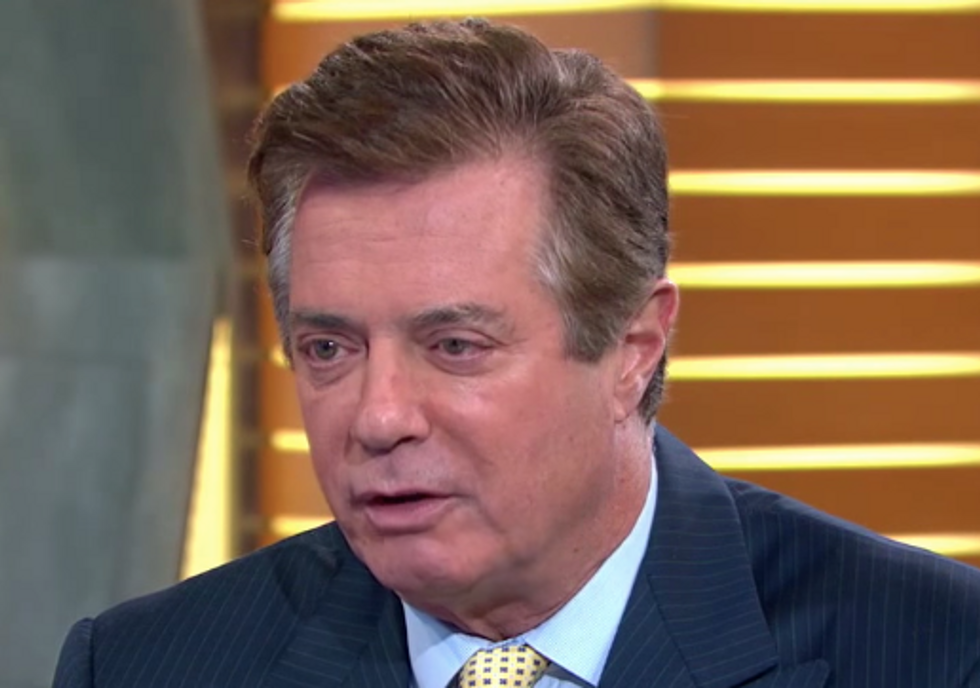 Tuesday, August 21, 2018 was a very bad day for President Donald Trump’s former campaign manager, Paul Manafort, who was found guilty of eight felony counts in a federal courtroom in Alexandria, Virginia near Washington, DC. After deliberating for four days, a jury determined that Manafort was guilty of five counts of tax fraud, two counts of bank fraud and one count of failing to file a report of foreign bank accounts. And the 69-year-old Manafort—a veteran political consultant who also worked on the presidential campaigns of Ronald Reagan, Gerald R. Ford, George H.W. Bush and Bob Dole—is facing another legal battle as well: next month, he will go to trial in Washington, DC for additional felony charges.

Manafort was facing a total of 18 felony counts in Alexandria, but Judge T.S. Ellis III declared a mistrial on ten of the charges when the jury was unable to reach an agreement on them—and prosecutors have until August 29 to decide what they will or won’t do about those mistrial charges. It remains to be seen whether or not prosecutors will pursue those ten charges further, but Manafort is facing an estimated seven to nine years in federal prison for the eight charges he was convicted of—assuming that Trump, who doesn’t believe his former campaign manager should have been charged in the first place, doesn’t pardon him just as President Gerald R. Ford pardoned Richard Nixon’s Watergate-related crimes in 1974.

Manafort’s second trial is scheduled to begin on Monday, September 17 in the Washington, DC courtroom of U.S. District Judge Amy Berman Jackson, a Barack Obama appointee. The charges Manafort will be facing include money laundering, obstruction of justice and failing to register as a foreign agent—and while these are different charges that he faced in Alexandria, they also came about as a result of Special Counsel Robert Mueller’s Russia-related investigation.

President Trump and his personal attorney, former New York City Mayor Rudy Giuliani, have been denouncing Mueller’s probe as a political witch hunt led by Democratic partisans. But in fact, Mueller is a conservative Republican who was appointed by President George W. Bush. Mueller served as director of the FBI from 2001-2013.

Like Manafort’s first trial, the second will delve into his political consulting work on behalf of Ukrainian oligarchs in the early 2010s (including former Ukrainian President Viktor Yanukovych). For the most part, however, Mueller’s evidence in the two trials doesn’t overlap, according to an August 16 court filing from Manafort’s defense team. Federal prosecutors will be presenting mostly different evidence in Jackson’s courtroom—and they are going to have plenty of it.

In Alexandria, federal prosecutors presented almost 400 pieces of evidence to the jury, including financial records and e-mails. But according to Kevin Downing (who is part of Manafort’s defense team), the federal government has “well over” 1000 pieces of evidence lined up for the second trial.

One advantage Manafort won’t have in the second trial is Judge Ellis, who often came across as antagonistic to prosecutors and made it clear that they were the ones with the burden of proof—not Manafort’s defense team. Ellis forbade the use of the word “oligarch” to describe the Ukrainian politicians and businesspeople Manafort worked with, as he considered it prejudicial.

Nonetheless, Manafort’s conviction on eight charges in Alexandria was a major victory for Mueller’s investigation and the special counsel’s team of federal agents and prosecutors. And it came on the same day that Michael Cohen, Trump’s former personal attorney, pled guilty to eight felony charges. Between Manafort and Cohen, there were a total of 16 convictions or guilty pleas on August 21.

In June, prosecutors filed witness tampering charges against Manafort. It was Judge Jackson who revoked Manafort’s home detention and ordered him jailed because of his alleged efforts to coach two witnesses on testimony. Jackson also rejected, in June, a request by Manafort’s defense team to throw out a money laundering charge. And Manafort will be spending a lot more time in her courtroom when his second trial begins on September 17.