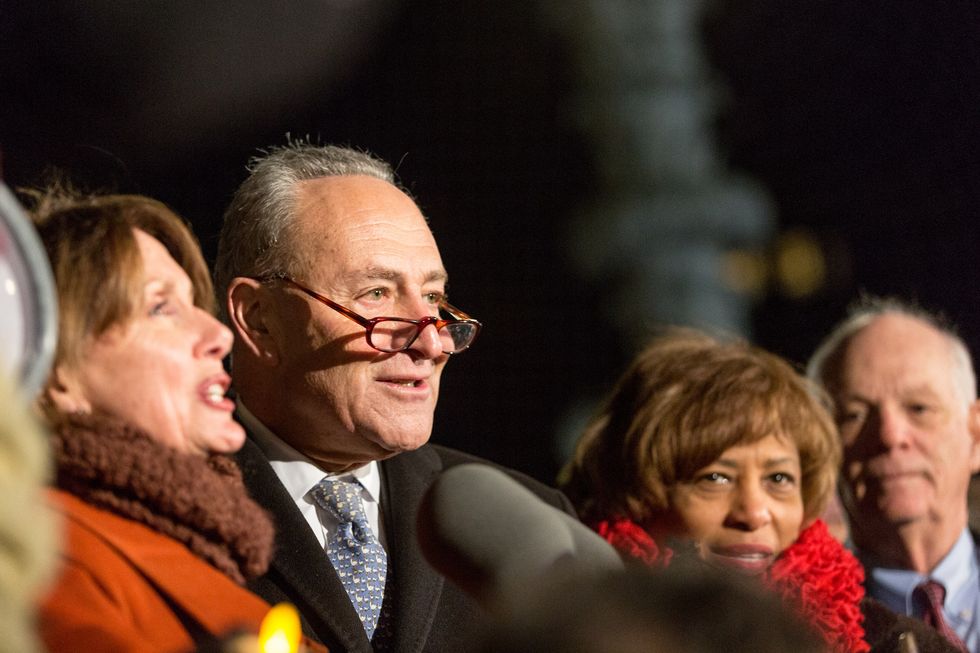 Even as anticipation about a coming "blue wave" in the 2018 midterm elections increases, Democrats have a much better chance of winning back the House of Representatives than they do the Senate.

That's because while every House seat is up for election every two years, only a third of the Senators go before voters each round. And this year, 10 Democratic senators are fighting for seats in tough races, while Republicans have only about four seats in any real danger.

But winning back control of the Senate will be key for any kind of progressive agenda in the coming two years — and it will certainly prove useful if Democrats win back the White House in 2020.

President Donald Trump's nomination of Brett Kavanaugh to the Supreme Court could secure conservative dominance at the top of the judiciary. If he gets the opportunity to nominate another justice, a Democratic Senate would be the only way to stop the court from drifting even further to the right.

But the need goes beyond just the Supreme Court. Under Trump, the Senate has been remarkably efficient at funneling federal judges to high posts, further installing conservative ideology within the judicial branch. Democrats could stem the tide with a majority in the Senate.

And if progressives' dreams of impeaching Trump in the House of Representatives is achieved, the Senate will have the final say on whether to remove him from office. A Democratic majority hardly ensures his fate because a two-thirds vote is needed, but it certainly makes his eventual removal more likely.

As the New York Times opinion writer Frank Bruni argued Tuesday, Democrats do have a real shot at taking back the Senate in November, even if it's an uphill battle. He noted that they need to win two seats currently held by Republicans, and they currently have at least four states that present such opportunities: Nevada, Arizona, Tennessee, and Texas.

On the other hand, there are five states where Democratic incumbents on running in deep-red states, putting them at serious risk: North Dakota, Montana, Indiana, Missouri and West Virginia. Florida, too, might be tough for Democrats to secure.

"It’s a reach, yes," Bruni wrote. "Many more Democrats than Republicans in the Senate are up for re-election and thus defending their seats, and many are doing so in states that Donald Trump won handily. I wouldn’t bet on a Democratic takeover."

He continued: "But I wouldn’t give up on it, because a Democratic majority in the Senate means more than one in the House (Supreme Court, anyone?), and there really is a rationale for hope."