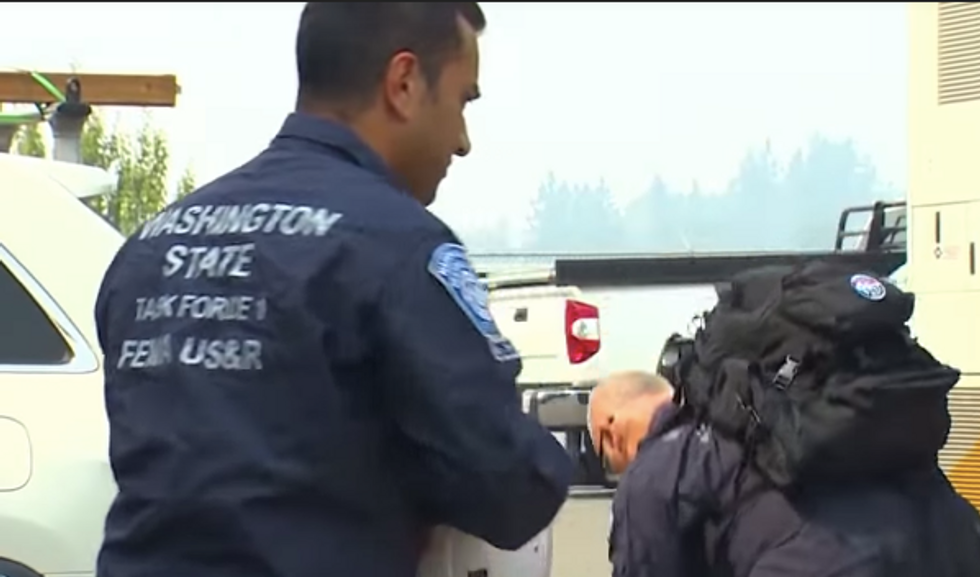 Hurricane Lane, which is bearing down on Hawaii, is a reminder of the devastation hurricane season can bring.

Only one year ago Hurricane Harvey ravaged Houston, followed closely by Irma and Maria, which left a trail of destruction across Florida and Puerto Rico. Despite the private and government aid provided after these disasters, thousands continue to struggle even today.

However, not everyone is struggling. In fact, some actually benefit economically from these extreme weather events.

In a new study, which I co-authored with my colleague James Elliott, we found that populations that are privileged in terms of education, race or homeownership gain wealth in the aftermath of natural disasters, exacerbating already wide economic inequities.

Not only that, how the government delivers aid is partly to blame.

Disasters on the rise

Natural disasters from hurricanes to wildfires are on the rise, both in terms of frequency and severity.

And they take a heavy toll. Last year alone, the United States suffered US$260 billion in direct damages from natural disasters. While thatâ€™s a devastating figure, it fails to encompass the full extent of the impact â€“ such as a loss in income or uncovered expenses such as medical bills â€“ that can last for months and even years after cleanup begins.

Previous research has shown the aftermath of disasters is more devastating for less privileged residents as they are more likely to lose their job, have to relocate and pay higher rents due to reduced housing availability.

In our recent paper in the journal Social Problems, we found that the effects are even more profound, with whites, the highly educated and homeowners actually improving their relative financial situation after a disaster, while blacks, those with less education and renters are worse off compared with their peers.

Whites make gains while others lose

We then explored how extreme natural disasters influenced changes in family wealth from 1999 to 2013. Throughout our analysis, we controlled for race, education, age, homeownership, family status, residential mobility as well as neighborhood and county demographics with the aim of comparing households that were similar. We also only compared families who started out with similar wealth in 1999.

Overall, we found a surprisingly strong correlation between the scale of damage a county experienced and an increase in average wealth. That is, people who lived in counties that suffered extreme disasters tended to accumulate more wealth over the period than those who lived in mostly unaffected parts of the country. And the more damage a county experienced, the more pronounced the relative gains in wealth.

Greater wealth, however, was not experienced by everyone. Using a statistical technique called interactions, we were able to see how these changes affected different segments of the population depending on race, education and homeownership.

First, we considered the effects of race and found that whites who lived in counties that experienced extreme natural disasters accumulated $100,000 more wealth than their peers with similar characteristics who did not.

For people of color, on the other hand, this effect was reversed. Specifically, black residents living in disaster-prone counties lost $46,000 in wealth compared with their counterparts elsewhere. And Latino residents in affected counties lost $101,000 relative to similar peers.

In other words, while whites benefited financially by living in areas hit by hurricanes and other disasters, people of color were clobbered.

We then examined the impact of education, holding other factors constant. We found that higher levels of education were also associated with a tendency to benefit from natural disasters, while those with less experienced devastating losses.

Finally we focused on homeownership. Similarly, our results showed that those who owned emerged a lot better off than those who rented.

Our findings suggest that natural disasters are worsening wealth inequality, especially along racial lines. For example, in Monmouth, New Jersey â€“ a New York City suburb that experienced the most natural disaster damage in the U.S. from 1999 to 2013 â€“ $111,000 of the increase in the white-black wealth gap during the period can be attributed to the impact of the disasters.

This map visualizes these rising inequalities across the largest metropolitan areas.

This evidence is depressing in its own right. Yet, what is arguably even more disturbing is Federal Emergency Management Aid is further exacerbating these inequalities.

FEMA aid is distributed to mitigate the negative repercussions of hazards. In the best of worlds this federal assistance would reduce inequality â€“ or at least curtail its expansion. What we found is quite the opposite.

Unlike what you might think, FEMA aid is not distributed solely based on damage or need. In fact, when we compared the amount of natural disaster damage in counties across the U.S. from 1999 to 2013 with how much aid FEMA allocated to them, the correlation is weak. This suggests factors other than need, such as politics, are primarily driving FEMA aid decisions.

However, statistically, this means we can isolate the effect of FEMA aid from natural hazards. When we did this, we found that FEMA aid also exacerbated inequalities. In New York County, for example, which received nearly $8 billion in FEMA aid from 1999 to 2013, we found that $105,000 of the increase in the white-black wealth gap is attributable to FEMA aid.

In short, much like natural disasters themselves, FEMA aid is exasperating wealth inequality.

The obvious question after all this of course is why?

In this particular study, our aim was to identify the patterns of inequality and thus we are unable to specify the reasons why natural disasters and FEMA aid are exacerbating inequality.

That said, we do know from previous research that privatized aid as well as community reinvestment efforts are disproportionately concentrated in privileged communities, especially those that are white and middle-class.

Given the increasing frequency of natural disasters and their role in exacerbating wealth inequality, it is imperative that the U.S. reconsiders its responses to them. Immediate recovery aid is essential but equally important is ensuring this aid does not worsen entrenched inequities.