Here Are the Right-Wingers Who Have Publicly Criticized Brett Kavanaugh 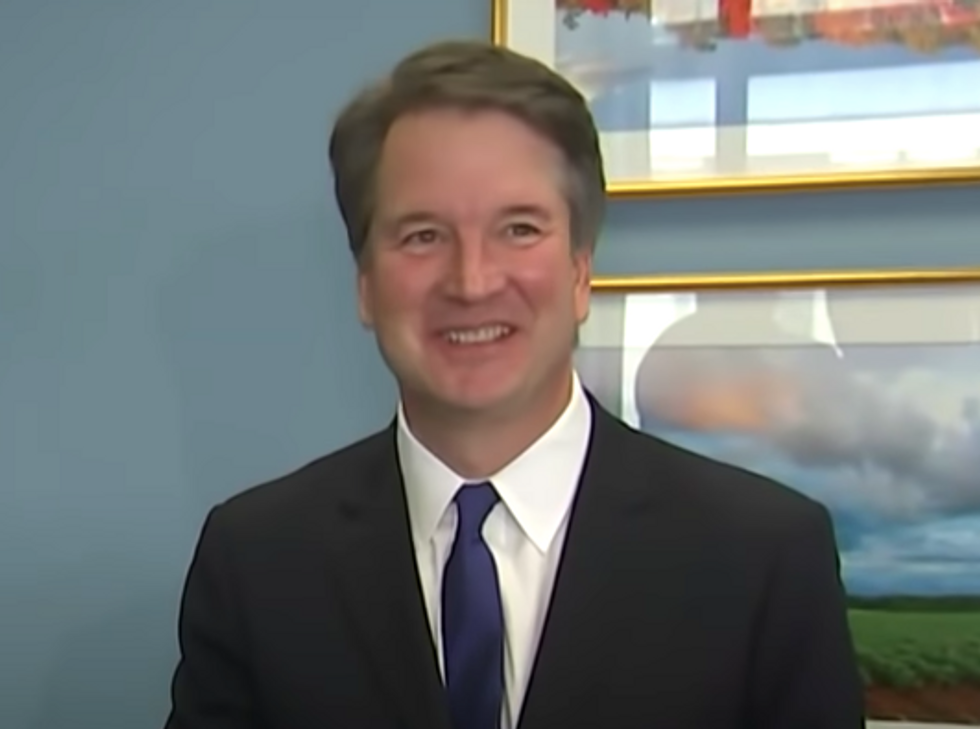 Judge Brett Kavanaugh, President Donald Trump’s nominee to replace the retired Justice Anthony Kennedy on the U.S. Supreme Court, has been receiving a lot of praise from the far right along with plenty of criticism from liberals and progressives. Social conservatives are hoping that Kavanaugh—a far-right social conservative and a “strict constructionist” or “originalist” comparable to the late Antonin Scalia—will vote to overturn Roe v. Wade if  confirmed by the U.S. Senate. And Kavanaugh’s nomination has drawn praise from the Family Research Council, Concerned Women for America and other Christian Right groups. But not all right-wingers are happy with the nomination, including Fox News’ Judge Andrew Napolitano and commentator Ben Shapiro.

In contrast to Sean Hannity and others at Fox News, libertarian Napolitano has never been a Republican party liner. Philosophically, Napolitano has a lot more in common with former Rep. Ron Paul or former New Mexico governor and 2012/2016 Libertarian Party presidential nominee Gary Johnson than he does with Sen. Orrin Hatch or Sen. Lindsey Graham. And Napolitano has made it clear that Kavanaugh isn’t someone he would have nominated.

Interviewed by the libertarian Reason Magazine’s Nick Gillespie in July, Napolitano declared, “I was very disappointed with the appointment of Kavanaugh because I believe he comes from the heart and soul of the Washington establishment.”

Napolitano told Gillespie that although Trump campaigned on “draining the swamp” in 2016—“the swamp” being Trump’s term for the Washington, DC establishment—Kavanaugh is as establishment as it gets.

The judge went on to explain why he considered Kavanaugh problematic from a 4th Amendment standpoint. Kavanaugh, Napolitano told Gillespie, “believes that the 4th Amendment does not apply to the NSA, that it only applies to law enforcement.”

Kavanaugh, Napolitano said, is much too quick to “find creative ways” to “justify police excess.”

Michigan Republican Rep. Justin Amash has expressed 4th Amendment concerns about Kavanaugh as well. On July 10, Amash tweeted, “Kavanaugh is not another Gorsuch—not even close. Disappointing pick, particularly with respect to his #4thAmendment record. Future decisions on the constitutionality of government surveillance of Americans will be huge. We can’t afford a rubber stamp for the executive branch.”

Although most of the right-wing criticism of Kavanaugh has come from libertarians, one theocratic social conservative who was initially critical of Trump’s pick was former Pennsylvania Sen. Rick Santorum—who, ironically, has been a big Trump supporter despite allegations that Trump had extramarital affairs with a porn star (Stormy Daniels) and a Playboy model (Karen McDougal) and paid them hush money to keep quiet. Santorum said of Kavanaugh, “He is from Washington. He is the establishment pick. He is the Bush pick. It just seems like Trump, in this case, just bowed to the elite in Washington. I think that’s going to rub a lot of people the wrong way.”

Shapiro, like Napolitano, considers Kavanaugh sympathetic to the Affordable Care Act of 2010, a.k.a. Obamacare—which he believes Kavanaugh upheld in the case Sissel v. Department of Health and Human Services. And Shapiro has joined Napolitano in criticizing Kavanaugh as an establishment nominee who is weak on the 4th Amendment.

Shapiro said of Kavanaugh, “He is more of a law-and-order, sort of William Rehnquist type of judge….(Kavanaugh) is not a big fan of a lot of these sort of civil libertarian decisions that some on the right are fond of.”

On Fox News, Shapiro told libertarian Lisa Kennedy Montgomery, “I’ve got problems with Kavanaugh in general. He’s being pushed very hard by a lot of folks from Team Bush, who knew him way back when and are very fond of him. He’s kind of the D.C. insider pick.”