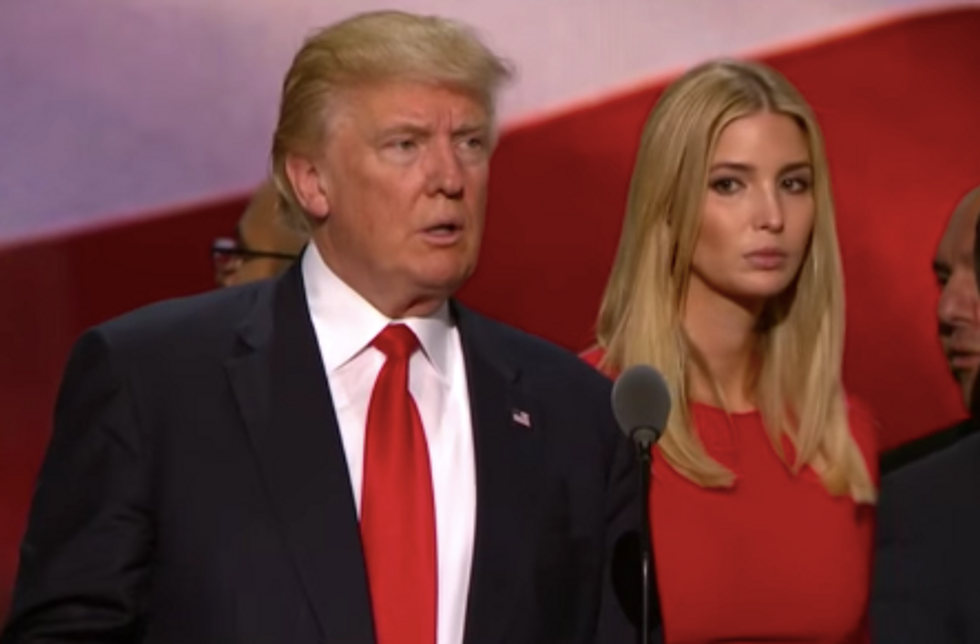 Between Paul Manafort, Michael Cohen, George Papadopoulos, Michael Flynn and Rick Gates, a long list of close associates of President Donald Trump have been facing criminal charges in 2018. And on top of that, federal prosecutors have promised three other long-time Trump allies—Allan Weisselberg (chief financial officer of the Trump Organization) and David Pecker and Dylan Howard of American Media—immunity from prosecution on the condition that they cooperate fully in their investigations. Trump has been, hands down, the most scandal-plagued president since Richard Nixon—although some Watergate-era veterans have been asserting that Russiagate/Trumpgate is even worse than Watergate.

Trump’s legal concerns, however, go beyond special counsel Robert Mueller’s Russia-related investigation and the major criminal cases involving Manafort, Cohen and other associates. There have been many troubling civil lawsuits as well against Trump, members of his family or the federal government during the Trump era.

Here are six of the civil cases that Trump, members of his family or the federal government have been facing during his presidency.

When Trump was the star of “The Apprentice,” one of the many contestants was Summer Zervos—who was on the hit reality show in 2005 and 2006. Zervos, who is being represented by feminist attorney Gloria Allred, alleges that in 2007, she contacted Trump about a job and agreed to meet him at the Beverly Hills Hotel in Southern California—and during their meeting, Zervos alleges, she was sexually harassed. Zervos filed a defamation suit against Trump in January 2017, and in March 2018, Manhattan Supreme Court Justice Jennifer Schecter ruled that the suit should go forward and that Trump must give a deposition by January 31, 2019.

Gentrification (which often involves both ethnic cleansing and social cleansing) can be brutal for its victims, and residents or ex-residents of an apartment complex in Williamsburg, Brooklyn know that all too well. The real estate company of Trump’s son-in-law Jared Kushner (who is married to his daughter Ivanka Trump) has been trying to convert the building into luxury condos, and a $10 million lawsuit against the company by tenants and former tenants alleges that Kushner and his associates violated their rights in multiple ways. According to the Associated Press, over 250 rent-stabilized apartments in the building were either emptied or sold—and the lawsuit alleges that Kushner’s company did everything imaginable to make life hell for tenants (whose complaints included cancer-causing dust, rent hikes of $500 per month or more, endless drilling and hammering, rats crawling through holes in the walls, a gas leak, and workers with passkeys barging into apartments unannounced).

An investigation by the tenant watchdog group the Housing Rights Initiative led to the lawsuit, and Aaron Carr (head of the group), asserted, “We’ve looked into hundreds of rent-stabilized buildings, and this is one of the worst we’ve ever seen. The scale and speed of tenants leaving, the conditions to which they were exposed, provides a window into the Kushner Cos.’ predatory business model.”

The attorneys general of Maryland and the District of Columbia recently filed a lawsuit against Trump for allegedly violating the Emoluments Clause of the U.S. Constitution, which forbids officials from accepting gifts or payments from foreign governments. Trump’s attorneys have tried to get the suit thrown out, but in late July, U.S. District Judge Peter J. Messitte ruled that the case had merit and should go forward. According to the lawsuit, Trump’s foreign business interests are a blatant violation of the Emoluments Clause.

In 2017, three anti-Trump activists—Kashiya Nwanguma, Molly Shah, and Henry Brousseau—filed a civil suit against him, alleging that he incited violence against them at a March 1, 2016 campaign rally in Louisville, Kentucky. Nwanguma, Shah and Brousseau, in the lawsuit, assert that they were shoved and punched at the event. One of the people mentioned in the suit is Matthew Heimbach, a Trump supporter and white supremacist—and the suit alleges that Trump encouraged violence against the protestors by asking his supporters to throw them out of the event. Trump’s attorneys have tried to have the case dismissed, but on March 31, 2017, U. S. District Judge David J. Hale ruled that the case should continue. In a memorandum, Hale asserted, “It is plausible that Trump’s direction to ‘get ’em out of here’ advocated the use of force. Based on the allegations of the complaint, which the court must accept as true, Trump’s statement at least implicitly encouraged the use of violence or lawless action.”

In December 2017, Washington, DC-based attorney Jeffrey Lovitky filed a lawsuit against Ivanka Trump and Jared Kushner, alleging that they illegally omitted important information from their public financial disclosure forms. According to Lovitky, President Trump’s daughter and son-in-law failed to list assets in 30 investment funds they had stakes in.