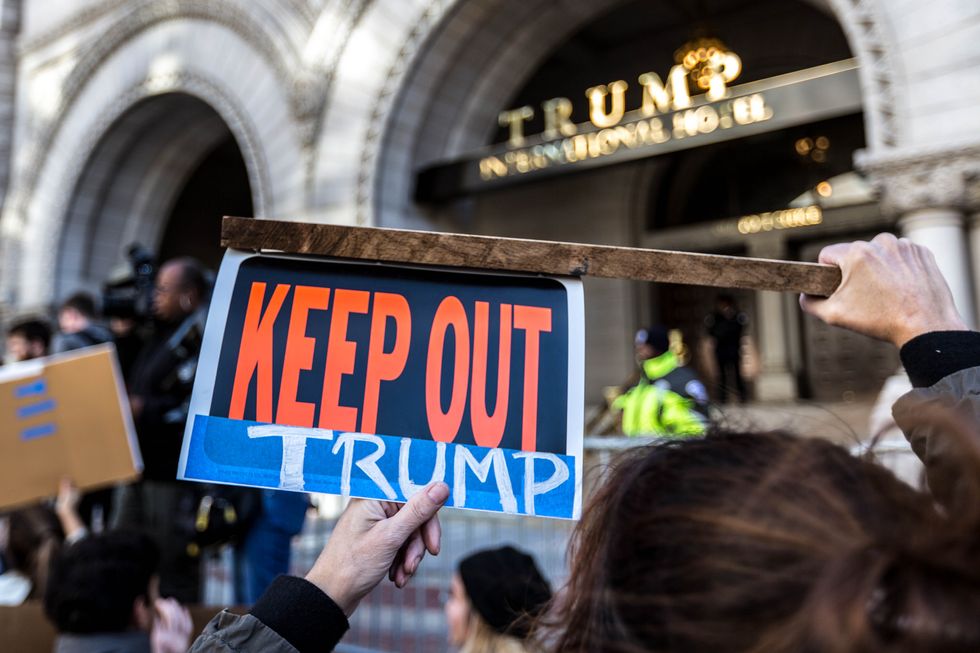 Just in time for Labor Day Weekend, the Republican Party has received some very bad news from two major media outlets: according to a new Washington Post/ABC News poll, only 36% of Americans approve of Donald Trump’s performance as president, while 60% disapprove (with 53% disapproving “strongly”). Among American women, the news is especially bad for Trump: 49% of Americans, factoring in both men and women, favor Congress initiating impeachment proceedings against the president—yet among U.S. women, that number jumps to 57%. Labor Day Weekend is when political campaigns enter the home stretch, and with Election Day 2018 drawing closer, this is not the type of news Republicans are hoping for.

Trump, Vice President Mike Pence and most of the pro-Trump Republicans in Congress would like nothing more than for Robert Mueller—who served as director of the FBI from 2001-2013 and is now special counsel in the U.S. Justice Department’s Russia-related investigation—to step down. But most Americans obviously don’t feel that way: 63% of Americans, according to the Washington Post and ABC News, want Mueller’s investigation to continue. That 63% factors in registered Republicans, registered Democrats, members of third parties and independents, but among Democrats, support for Mueller’s problem increases to 85%.

2. Many Americans Are Fed Up With All the Corruption and Convictions

Trump, hands down, is proving to be the U.S.’ most scandal-plagued president since Richard “Watergate” Nixon. On August 21 alone, Trump’s former campaign manager, Paul Manafort, was convicted in federal court of eight criminal charges (including bank fraud and tax evasion), while his former personal attorney, Michael Cohen, pled guilty to eight criminal charges (including tax evasion and campaign finance violations). A second Manafort trial on other charges (including money laundering and obstruction of justice) is set for September, and two Trump associates have pled guilty to lying to the FBI in connection with Mueller’s investigation: Michael Flynn (the Trump administration’s former national security advisor) and George Papadopoulos (a foreign policy advisor for Trump’s 2016 presidential campaign). Bearing all that in mind, it’s no wonder 57% of U.S. women—according to the Washington Post/ABC News poll—now think impeachment proceedings are a good idea.

4. Brett Kavanaugh Is Not Popular

Judge Brett Kavanaugh, Trump’s nominee to replace the retired Anthony Kennedy on the U.S. Supreme Court, has not been polling well. A Gallup survey found that only 41% of Americans want the Senate to confirm Kavanaugh, and among Democrats, that number plummets to 14%. Regardless, Trump and Senate Majority Leader Mitch McConnell are determined to ram Kavanaugh’s confirmation through as quickly as possible without a thorough vetting. And while McConnell refused to even consider Judge Merrick Garland (President Barack Obama’s Supreme Court nominee), he has made it clear that waiting until after the midterms for Senate hearings on Kavanaugh is out of the question. When it comes to the Supreme Court, McConnell’s behavior has been atrocious—and Kavanaugh’s unpopularity obviously isn’t doing Trump any good.

5. Obamacare Is Popular; Trumpcare Is Not

A late August poll from—of all people—Fox News found that 51% of Americans approve of the Affordable Care Act of 2010, a.k.a. Obamacare, which Republicans haven’t been able to overturn so far but have been going out of their way to undermine. In July, a poll from Kaiser Health found that 56% of Americans believe the Trump administration is trying, on purpose, to make the ACA fail—and only 7% of respondents felt that was a good thing. Given how unpopular Trump and Republicans in Congress are on the health care issue, any Democratic candidates who don’t make health care a prominent part of their platforms in the 2018 midterms are insane.

6. Turnout Will Be Everything in the 2018 Midterms

Although Republicans have a long list of terrible ideas—from depriving millions of Americans of health insurance to abstinence-only sex education to ending Net neutrality to favoring fossil fuels over green energy—they have tremendous discipline as a party (more so, unfortunately, than Democrats). Republicans are great at getting their delusional base to the polls, and GOP voters (older, whiter, more rural, more likely to believe the nonsense they hear from Fox News or Breitbart) vote more consistently than the Democratic base. The 2018 midterms, more than anything, will come down to turnout—and Trump is still polling well among his hardcore base. While 36% general approval in a Washington Post/ABC News poll is bad news for Trump, he still enjoys 78% approval among Republicans compared to only 6% among Democrats and 35% among independents. And it will be crucial for Democrats to get those anti-Trump voters to the polls on November 6 even if they have to pick them up and carry them.