Here Are 5 of the Wildest, Wackiest, Most Outlandish Things David Pecker's American Media Inc. Has Done for Trump 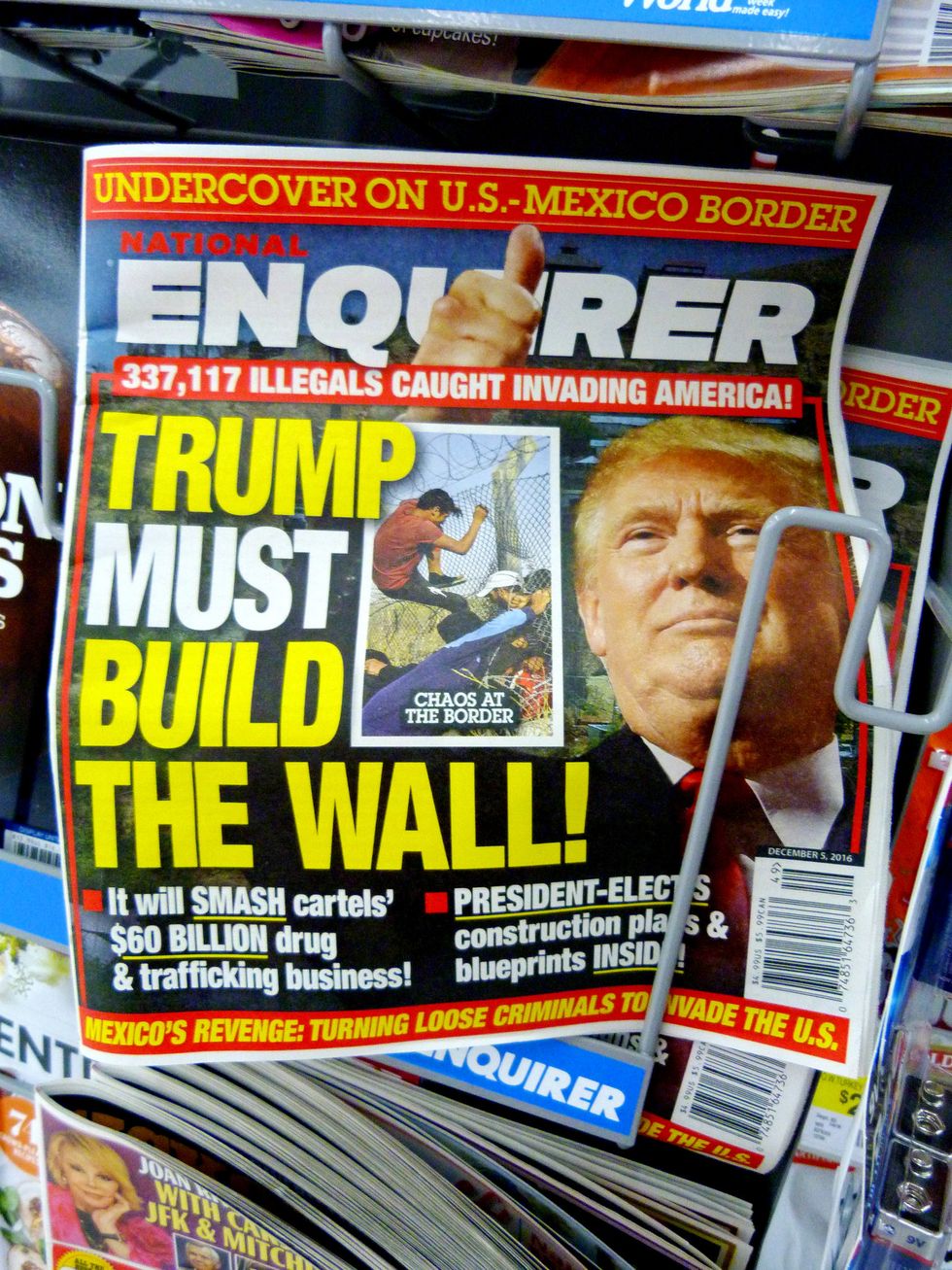 During its 92-year history, the National Enquirer has never been known for its journalistic integrity. But the supermarket tabloid (founded in 1926) has had plenty of readers over the years, whether it was publishing pro-fascist and anti-Semitic articles in the 1930s and 1940s (many of them disparaging President Franklin Delano Roosevelt) or publishing accounts of flying saucers and zombies in the 1970s, 1980s and 1990s.

And in 2015 and 2016, the National Enquirer (which is now owned by American Media Inc.) lived up to its terrible reputation by serving as a propagandist for the Donald Trump campaign and publishing a long list of outlandish articles attacking Hillary Clinton. But two of the key players at American Media, CEO David Pecker and Vice President/Chief Content Officer Dylan Howard, have potentially flipped on President Trump — and federal investigators have reportedly agreed to give them immunity from prosecution.

Here are five of the wildest and most outlandish things Pecker and American Media did in support of Trump and his associates.

In August 2015, Pecker made Cohen an offer: American Media would “catch and kill” any negative stories it found about Trump’s relationships with women. A “catch and kill” agreement, in the world of supermarket tabloids, is when one agrees to pay for exclusive rights to negative stories, then suppress them. And according to the Wall Street Journal, Pecker and Howard employed the catch-and-kill method when, in June 2016, they informed Cohen that Playboy model Karen McDougal was trying to sell American Media a story about an extramarital affair she allegedly had with Trump in 2006 and 2007. Cohen asked Pecker and Howard to purchase the story from McDougal, offering to reimburse them — and in August 2016, American Media offered McDougal $150,000 for the story it agreed to suppress.

One of the many ways in which the Enquirer, under Pecker’s direction, defamed Clinton in 2016 was publishing an article claiming that she had “gained 103 pounds and was eating herself to death.” It was a ridiculous claim: if Clinton had gained that much weight during her campaign, the major media would have noticed—and no “exposÃ©” from Pecker and his colleagues would have been necessary. But then, credibility never was the Enquirer’s strong point.

3. The Enquirer Reported That Hillary Clinton Had Terminal Lung Cancer

In 2016, the Enquirer gave readers a long list of “reasons” to vote for Trump over Clinton, and one of them was a diagnosis of terminal lung cancer. Pecker and friends reported that Clinton, thanks to lung cancer, had only six months to live. Of course, Clinton was never diagnosed with lung cancer; it was a fabrication. And two years later, she’s alive and well — although she obviously regrets the fact that her 2016 campaign was unable to prevent the disaster that has been Trump’s presidency.

During the 2016 presidential race, the Enquirer not only claimed that Hillary Clinton had terminal lung cancer — it also reported that she had suffered “two secret strokes.” Naturally, the strokes were as mythical as the lung cancer diagnosis; there were no signs of speech impairment when Clinton was on the campaign trail and was speaking publicly night after night after night. But facts were not high on Pecker’s list of priorities in 2016.

On August 23, Chelsea Clinton used Twitter to comment on the Enquirer's coverage two years ago, humorously posting, “I’d missed the lung cancer cover, the stroke story, the one about my mom @Hillary Clinton’s hitman (possibly my missing alien sibling?!) and goodness, I think all of them actually. As always, thankful for my mom’s enduring health, grace, grit & goodness.”

5. The Enquirer Alleged That Hillary Clinton Blackmailed the FBI

Trump repeatedly referred to Clinton as “crooked Hillary” during his 2016 campaign—and one of the examples of that alleged corruption, according to the Enquirer, was blackmailing the FBI. The Enquirer claimed that the FBI, under James Comey’s direction, was being blackmailed by Clinton. With that wacky conspiracy theory, Pecker and his colleagues managed to give Alex Jones a run for his money.