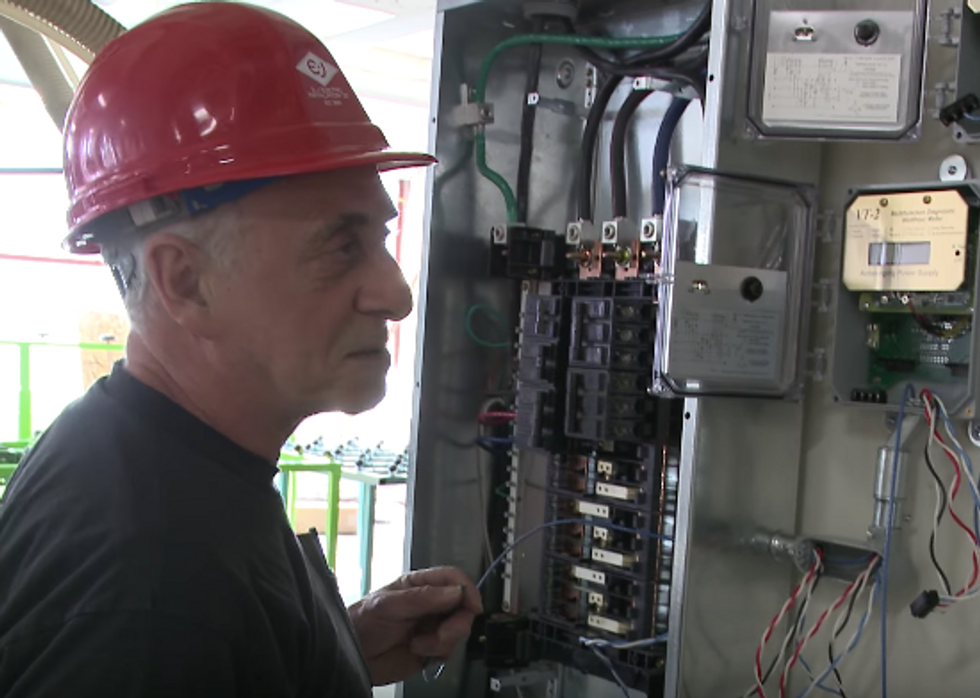 With the decline of labor unions and the loss of so many U.S.-based manufacturing jobs, blue-collar work is often undervalued—and even frowned upon—in the United States, where only 6.5% of private-sector workers were unionized in 2017. But it shouldn’t be. Blue-collar professions, from construction work to plumbing to electrical work, are not only skilled labor; they are vitally important to the wellbeing of the U.S. economy. A blue-collar trade school that produces skillful plumbers and electricians is every bit as valuable as a law school or training for tech workers. And when blue-collar unions look after the interests of their members, they are doing the economy on the whole a huge favor.

Here are five high-skill blue-collar professions that are vitally important to the U.S. economy and should be honored and applauded this Labor Day 2018.

When a homeowner has leaking pipes or a toilet or shower that isn’t working properly, there is no one more important than a plumber. But the importance of plumbing goes way beyond the benefits it offers homeowners. Plumbers also help maintain the plumbing systems in office buildings, public and private schools, university campuses and government buildings. Everyone from computer programmers and software developers to corporate attorneys to cardiologists to FBI agents benefits from the work that plumbers do. So the next time you encounter some organizers for a plumbers’ union, be sure to thank them.

Back in the 1890s and 1900s, countless homes and office buildings that had previously relied on gaslighting for illumination were—thanks to the hard work, talent and skills of electricians—wired for electricity for the first time. And electricians are even more important to the U.S. economy in 2018 than they were back then. A wide range of white-collar professionals cannot do their jobs without electricity, from tech innovators in Silicon Valley to dentists to architects. 19th Century journalists could do their jobs on non-electric typewriters; these days, journalists are totally reliant on the Internet and digital technology—and even the smartphones and other wireless devices journalists use need to be recharged electrically.

There’s an old saying, “It’s a dirty job, but somebody’s gotta do it.” Sanitation work is physically dirty and physically demanding; not everyone has the talent, the stamina or the skills for sanitation work. But sanitation workers who do their jobs well are valuable not only from a business standpoint, but also, from a health and public safety standpoint. And these days, sanitation departments need to be even more skillful than they were in the past because of the need to distinguish between trash collection—or as they say in the U.K., rubbish collection—and picking up recyclables. The more the green economy advances, the more intricate sanitation skills will become.

Construction work can literally mean the difference between life and death. And when a city has strict, rigorous building codes and skillful, unionized construction workers, it can literally save the lives of the many doctors, attorneys and computer programmers who work in office buildings. How important is high-quality construction work and, by extension, demolition work? Consider this: on June 5, 2013, there was a tragedy in Center City Philadelphia in which a building that was undergoing demolition collapsed onto a Salvation Army Thrift Store—killing six people and injuring 14 others (one of the survivors, Mariya Plekan, was trapped in the rubble for 13 hours and lost both of her legs).

Or, consider this: in 2010, Chile and Haiti both suffered major earthquakes. The Chilean earthquake of February 27, 2010 measured a whopping 8.8 on the Richter scale, while the Haitian quake of January 12, 2010 measured 7.0. And yet—despite the fact that the Chilean quake was 500 times more powerful—the death toll in Chile was under 1000 compared to over 200,000 lives lost in Haiti. The difference: Chile had much stricter building and construction codes. Granted, the Haitian quake was centered closer to a densely populated area (Port-au-Prince), but even so, the Chilean tragedy could have been much more devastating.

Never underestimate the importance of strict building codes and the skillful construction workers who abide by them.

Concrete and cement work is not for the faint of heart. It’s physically demanding, and in major U.S. cities like Chicago and Pittsburgh, concrete workers often find themselves working long hours outdoors whether the temperature is 98F/36C (with high humidity) in July and August or 15F/-9C in January and February. But sidewalks in major cities need to be maintained; everyone from university professors to neurosurgeons to software developers uses them, and they all owe concrete workers a huge debt of thanks for the skills and physical stamina they bring to the table.