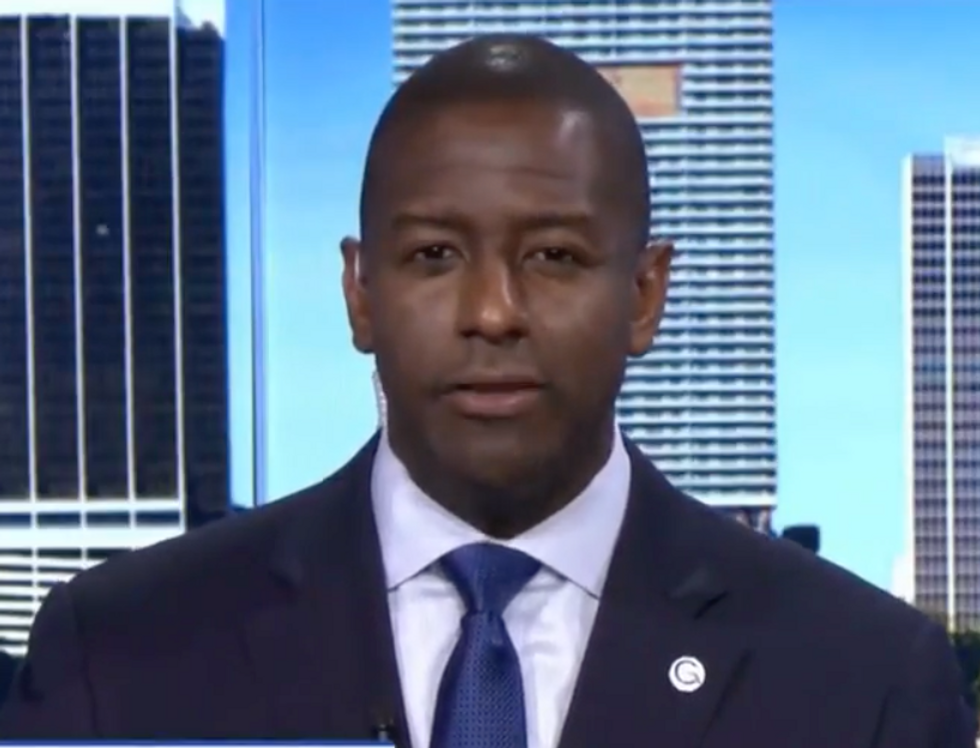 The Tallahassee mayor was seen as a longshot for the statewide race, where he had been polling in fourth place. But he has now seized the nomination and will face off against Ron DeSantis, a supporter of President Donald Trump, in November.

Here are five things to know about the upstart candidate:

1. He secured an endorsement from Sen. Bernie Sanders (I-VT).

Gillum's association with Sanders and left-leaning wing of the Democratic Party appears to have provided him the boost he needed to garner the nomination. Republicans are certain to hope they can tarnish his reputation by painting him as a radical in the famously moderate swing state of Florida. But Sanders supporters are optimistic that they have the wind at their backs and can ride a nationwide trend to victory.

2. Gillum was the only Democratic candidate in the primary who was not a multi-millionaire, according to MSNBC.

He stood out from the crowd as not coming from the wealthiest segments of society. Gwen Graham, the presumed frontrunner in the primary race, is from a political dynasty as the daughter of a former Florida governor.

3. His campaign was vastly outspent by his competitors.

“My opponents have spent, together, over $90 million in this race. We have spent 4 [million],” Gillum said Saturday, according to the New York Times. “Money doesn’t vote. People do.”

4. If he wins, he'll be the first black Florida governor.

Gillum joins neighbor Stacey Abrams, the Georgia Democratic candidate for governor and the first black woman to earn a major party gubernatorial nomination, in running for a historic spot in statewide office.

5. Among many other progressive causes, Gillum supports expanding Medicaid in Florida.

The state has stubbornly refused to expand Medicaid to a wider swath of the population since the implementation of Obamacare. Failing to expand the program leaves hundreds of thousands of residents with few options for health insurance, as Vox reports. If he takes the governorship, Gillum would be well-positioned to push for this change.